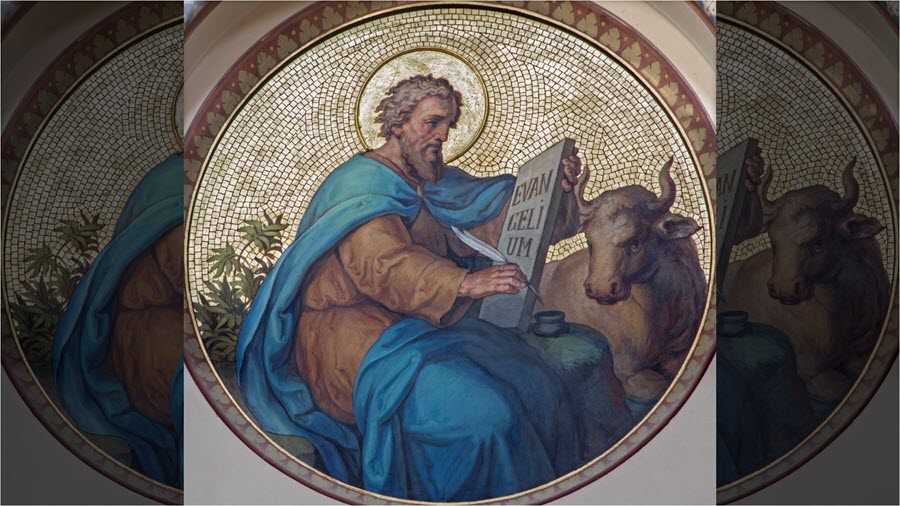 By Guillermo Gonzalez Published on March 6, 2021 •

The Christian faith rests on the truth of the Gospels. Liberal New Testament scholars and theologians have put that in doubt in many ways. One is by dating Luke’s writing of Acts in the range 80-110 AD. In part 2 of this series I explained why the evidence shows it should (must!) be dated to 60-62 AD. This gives us confidence that legendary ideas haven’t crept into the text. (See also Tom Gilson’s Too Good to be False.)

In addition, archeologists and historians have shown that Luke was a first rate historian. A.N. Sherwin-White, a leading expert on ancient Roman law, wrote, “[T]he confirmation of historicity [of Acts] is overwhelming…any attempt to reject its historicity even in matters of detail must now appear absurd. Roman historians have long taken it for granted.” (Roman Society and Roman Law, p. 173).

The Gospel of Luke and Acts — A Two-Volume Set

There is an immediate and obvious connection between Acts and the Gospels. New Testament scholars consider the Gospel of Luke and Acts as a two-volume set. Luke wrote both books, and he addressed them to the same person, Theophilus (Luke 1:3, Acts 1:1). How much earlier did he write his Gospel?

While we can’t be certain, the apparent continuity between the end of Luke and the beginning of Acts implies only a short time interval between them. Unlike Mark and Matthew, Luke makes no mention of Jesus’ post-Resurrection appearance in Galilee near the end of his Gospel. Instead he focuses on Jerusalem:

Thus it is written, that the Christ should suffer and on the third day rise from the dead, and that repentance and forgiveness of sins should be preached in his name to all nations, beginning from Jerusalem. You are witnesses of these things. And behold, I send the promise of my Father upon you; but stay in the city, until you are clothed with power from on high. (Luke 24:46-49).

This parallels Acts (1:8), “But you shall receive power when the Holy Spirit has come upon you; and you shall be my witnesses in Jerusalem and in all Judea and Samaria and to the end of the earth.”

Other similarities between the end of Luke and the start of Acts (the Ascension, the return to Jerusalem) strengthen this link. If Acts was written in 60 AD, then we can reasonably conclude that the Gospel of Luke was completed about 59 AD.

The First Epistle of Clement (1 Clement)

Before you go thumbing through your copy of the Bible looking for it, note that 1 Clement is not one of the 27 books of the New Testament. Still, a number of early Christians in various regions did regard this letter as canonical. There was nearly unanimous agreement about its authenticity. Clement was a Christian leader in Rome writing to Christians in Corinth. He became bishop of Rome in the last decade of the first century. There is also a tradition among early church fathers that he had close personal contacts with Peter and Paul. Most scholars have dated the writing of 1 Clement to 92-98 AD. As is the case with Acts, however, the evidence doesn’t support such a late date. We’ll see shortly how important this is.

Even the liberal New Testament scholar John A.T. Robinson argued for an early date of 1 Clement in his 1976 book Redating the New Testament (full pdf here). He noted, “Not only is the author not writing as a bishop, but the office of bishop is still apparently synonymous with that of presbyter (42.41f.; 44.1,4f.; 54.2; 57.1), as in the New Testament and all the other writings we have examined.” (p. 328) This would place 1 Clement prior to the 90s.

In 1988 Fr. Thomas J. Herron completed a deeper analysis on 1 Clement. It was published in a more accessible form in 2008 (4 years after his death) as Clement and the Early Church of Rome: On the Dating of Clement’s First Epistle to the Corinthians. In the first chapter Herron gives 11 lines of internal evidence for an early dating. He also lists several external evidences. I only have space to cover a couple cases.

The first example is based on a fact that I discussed in part 2 — the destruction of the temple in Jerusalem in 70 AD. Not only is this event not mentioned in 1 Clement, but in 41.2, Clement writes, “Not in every place, brethren, are the continual daily sacrifices offered, or the freewill offerings, or the sin offerings or the trespass offerings, but in Jerusalem alone. And even there the offering is not made in every place, but before the sanctuary in the court of the altar; and this too through the high-priest and the aforesaid ministers.” In this passage he is clearly speaking in the present tense of temple offerings in Jerusalem.

1 Clement begins with the statement, “Owing to the sudden and repeated misfortunes and calamities which have befallen us.” Earlier scholars had assumed this description referred to the persecution of Christians under Emperor Domitian in the late 90s. But, the case for this rests on very flimsy evidence. Instead, Herron (following earlier scholars) links this passage to the chaotic political situation in Rome in 69 AD, the “Year of Four Emperors.” These two constraints, together, imply that 1 Clement dates from the first months of 70 AD.

Applying 1 Clement to the Gospels

Why even bother with 1 Clement, though? It’s simple — Clement quotes from or refers to about 13 books of the New Testament (Clement of Rome’s New Testament). In particular, he quotes from both Luke and Matthew, in chapters 13 and 46. Not only must these gospels predate 70 AD, but they must do so by at least a few years to allow time for their widespread distribution. This gives an upper limit of the mid-60s for their composition. This is consistent with the earlier date for Luke I quoted above.

Can we be more specific on Mark and Matthew? And what about John? These are the topics of my next installments.