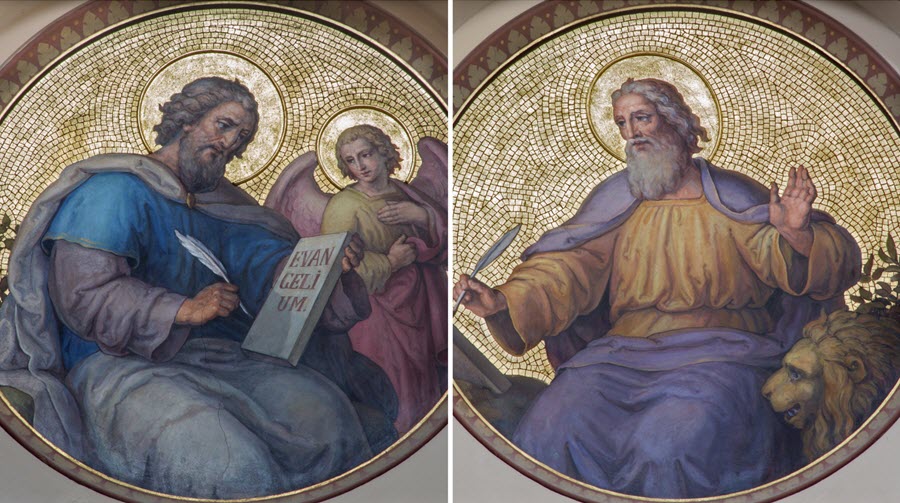 In part 3 of this series, I covered the dates for the composition of the Gospel of Luke. I made the case that a letter known as 1 Clement, which quotes from Luke, had to have been written before 70 AD. We also have strong evidence from Luke itself that it was written prior to 60 AD.

Luke never mentions the destruction of Jerusalem and the Temple, which happened in 70 AD. As I remarked in both part 2 and part 3, that argues powerfully for date before 70 AD. The same goes for Matthew. This Gospel records Jesus’s prophecy of the Temple’s destruction, in Matthew 24:1-2. Yet, it says nothing of the prophecy’s fulfillment. This means even more in view of Matthew’s fondness for noting fulfilled prophecy. A post-70 AD date would also make the statement in 24:20 unneeded: “Pray that your flight may not be in winter or on a sabbath.” Why exhort the Christians to pray if the event already took place?

That much is clear enough, but there’s more.

Today, nearly all New Testament scholars believe Mark was written before Matthew. The early church fathers differed. They all believed Matthew was written first. Eusebius, the early church historian, said Matthew was written in 41 AD. The church fathers also said it was originally written in Aramaic or Hebrew. These claims remain controversial today. If there was originally a Hebrew version of Matthew and it was written prior to Mark, then it might even date to the 30’s. It’s controversial, though, so I won’t suggest we base the dating of Matthew on that. Keep in mind, though, that the dates scholars quote for Matthew are for the Greek version (the only version we have).

There are additional clues. Matthew’s Gospel is much more focused on Jewish than Gentile Christians. This tends to place it earlier in the first century, given the initial growth of the Church among the Jews. Matthew doesn’t obviously cite Paul’s letters, which must have been completed prior to Paul’s execution in Rome around 64 AD.

One final observation about Matthew. He claims to have been an eyewitness to the life of Jesus. Why would Matthew wait decades to write his gospel, and quote from the second hand report of Mark, when he had heard Jesus speaking himself? Taken together, this means we can tentatively assign a date range in the 40s to 50s AD.

We learn about a John Mark in Acts (12, 13, and 15). Luke tells us he accompanied Paul and Barnabas on their missionary journeys. Most New Testament scholars equate John Mark with Mark the evangelist and author of the gospel bearing his name. We also know from 1 Peter 5:13 that Mark was with Peter during his ministry in Rome. The early church father Papias related testimony that Mark became the interpreter of Peter and carefully wrote down his remembrances. Several other early church fathers also support this.

Scholars believe that 1 Peter was written shortly before Nero started persecuting Christians in 64 AD. Mark says nothing of Peter’s martyrdom (around 65 AD) in his gospel. No book in the New Testament mentions it. We would have expected the New Testament authors — and especially Mark! — to have spoken about Peter’s martyrdom, but the earliest mention (and Paul’s) is in 1 Clement 5:2-4. From this, we can set an upper limit near 65 AD for the completion of Mark’s Gospel.

We can do even better, though. Luke quotes extensively from Mark. This may not be proof that Luke had access to a complete Gospel of Mark, but it’s certainly the most likely explanation. So that sets an upper limit on Mark’s Gospel at about 59 AD (and likely a few years earlier).

In Acts 12:12 we learn that Peter visits the house of Mark’s mother after he miraculously escapes from prison. This probably happened in about 43 AD, just before the death of King Herod Agrippa. It looks as if Peter must have been already well known to Mark and his family at this time. Therefore we can conclude Mark had begun interacting with Peter at least a few years prior. Perhaps Mark began “interpreting” Peter around 40 AD. So far, we have a date range of around 40 to 59 AD for Mark’s Gospel. Note that this date range doesn’t necessarily mean that Mark took 20 years to write his gospel.

There’s more. We have additional subtle clues that point to an early date for Mark. Mark refers to “the high priest” (14:53) and Pilate (15:2) without elaboration. Matthew and Luke go into detail, identifying the high priest as Caiaphas (Matt. 26:3; Luke 3:2) and Pilate as the governor (Matt. 27:11; Luke 3:1). It appears Mark felt no need to elaborate, which makes sense if his audience still has fresh memories of them. Caiaphas and Pilate each occupied their offices until 36 AD. We don’t know when they died. It’s not surprising that Luke would have to remind his audience about them if he wrote his gospel around 59 AD.

We could be even more precise with the dating, but only at the cost of more complexity. James G. Crossley, co-founder of the Jesus Seminar, makes a book-length case (The Date of Mark’s Gospel: Insight from the Law in Earliest Christianity) for placing Mark in the late 30s to early 40s AD. His basic argument is that the various gospel writers showed varying degrees of sensitivity to Jesus’ statements about Jewish laws. The difference reflects changing attitudes toward these laws through the decades of the mid-first century. In each case, Mark is more consistent with earlier attitudes. Examples include the plucking of grain on the Sabbath (Mark 2:23-28), when divorce is permitted (Mark 10:1-12), and hand washing and food laws (Mark 7:1-23).

In summary, the overall evidence places Mark early, probably near 40 AD. Matthew is harder to pin down, but the 50s seems the most likely. Next time, we’ll cover the fourth gospel.