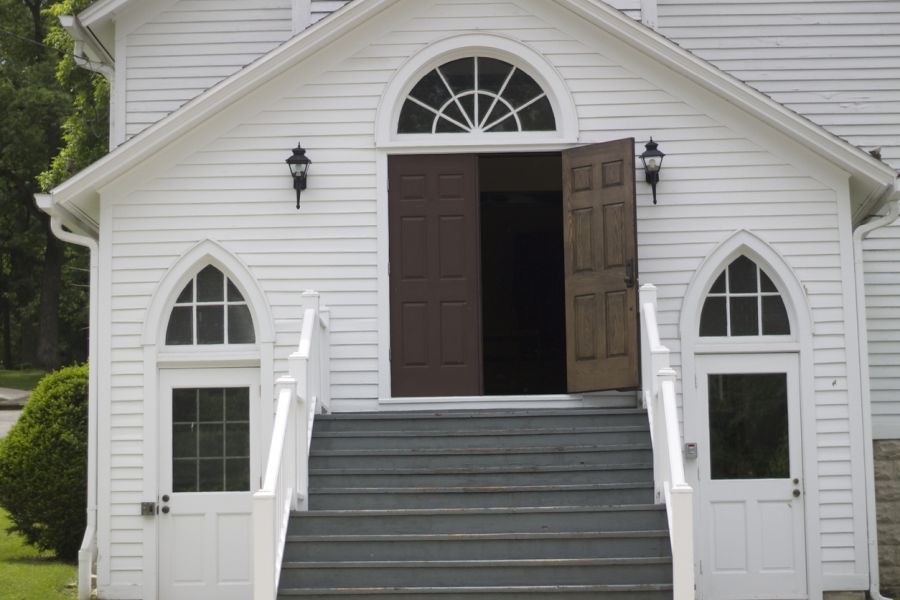 There is precedent in Scripture for godly people saying no to the governing authorities. There are times when, to use the words of Peter, “We must obey God rather than man” (Acts 5:29). Is today one of those times?

One of the slogans of the American Revolution was, “Rebellion to tyrants is obedience to God.” Is our government being tyrannical when it forbids us to gather? Is this the right time to rebel, despite the Bible’s clear teaching that, generally speaking, we are called to obey the authorities? (See Romans 13.)

Let’s examine this from several angles.

Are Authorities Guilty of Unconstitutional Overreach?

First, are local authorities guilty of unconstitutional overreach and/or uneven enforcement of the laws?

In some cases, the answer is yes. This happened in Greensboro, North Carolina, where pro-life workers were arrested for praying outside of an abortion clinic.

As announced on April 3, “Alliance Defending Freedom sent a letter Thursday to the city of Greensboro on behalf of pro-life advocates whom police arrested for engaging in peaceful prayer outside an abortion facility. As the letter explains, the arrests should not have occurred because the pro-life volunteers, who are members of the Christian ministry Love Life, were in compliance with a Guilford County emergency proclamation related to the coronavirus crisis.”

North Carolina’s Governor Cooper had determined that abortion clinics provide “essential services” and so should remain open. Love Life believes that, as long as babies are being killed in the womb, they should be there to offer an alternative. So, several workers, with their attorney, showed up at the clinic, following the states safety guidelines to a tee. Their arrest was unjust. The pro-lifers did the right thing.

A second, closely related question is this: Do churches provide “essential services”? In that case, should any of their activities be shut down?

Pastor Rodney Howard-Browne felt the state of Florida was being inconsistent in its application of the law, allowing crowded stores to remain open but forcing churches to close. (He also felt this violated the next question we’ll ask — namely, is the government acting tyrannically?)

Getting national attention, Howard-Browne called for his church to meet, yet went to extreme measures to follow safety guidelines. (For his detailed statement, explaining the lengths to which the church went to preserve safety, see here.)

He was subsequently arrested, but after Liberty Counsel threatened the state with a federal lawsuit, Florida Governor De Santis changed the state’s policy. De Santis recognized the church as providing an essential service, and he lifted the ban on meetings, also dropping all charges against Pastor Howard-Browne.

Was this a good outcome, a bad outcome, or a mixed outcome? I respect Howard-Browne’s determination, his forcing the issue of unjust laws, and the measures that he took to comply with safety guidelines.

On the other hand, it is not essential for the church to gather in a building on a Sunday morning to be the church. Churches can provide essential services to the community (such as providing food for the hungry) outside of large, corporate gatherings. They should be allowed to function as such, in conformity with safety guidelines.

After all, if gun stores or abortion clinics or liquor stores are allowed to remain open in some states, providing alleged essential services, why not church buildings? (Again, I’m not speaking about public gatherings; I’m speaking about providing other services.)

This, then, leads to the third, and larger question: is the federal government restricting our most fundamental liberties? If so, are we setting a dangerous precedent for the future if we surrender those liberties now, even briefly?

Pastor Cary Gordon of Iowa has provided eloquent reasons to push back, arguing that “we are able to use this opportunity to stand together against the statist abuse of power that is so tempting for those in positions of authority when they are compelled by emergencies and fears to act beyond the limits placed directly against them by the Constitution of the United States.”

He defied the state’s order not to gather but had his congregants stay in their cars in the parking lots, listening to a sermon through an FM frequency on their radio. Like Howard-Browne, he felt it was essential that he push back against a dangerous government precedent.

Did he do the right thing? I do respect why he did what he did, which is part of his larger, Christian worldview. Gordon is a clear-headed, Constitutional thinker, and his full letter should be read carefully. And he, too, went out of his way to preserve the safety of his flock.

What Does Sacrificial Love Require Now?

Yet there is a fourth question that, in my view, trumps the question of our liberties. Namely, what do practical wisdom and sacrificial love require of us now? What is our highest calling? Personally, I believe we should gladly restrict our liberties, for the moment, to save the lives of others.

When it comes to our public gatherings, that has been my position all along. (I explain this at greater length in my forthcoming book When the World Stops: Words of Faith, Hope, and Wisdom in the Midst of Crisis, now due out April 21.) We recognize that the federal government has not singled us out for persecution, any more than bars or restaurants or sports venues have been singled out. All are restricted from public gatherings. Plus, in President Trump, we have a strong advocate for our religious liberties.

Again, when local authorities go too far, we push back and speak out (as with the case of New York City Mayor de Blasio’s overreach; Pastor Howard-Browne felt the need to do this in Florida as well, since the law allowed for 42 paragraphs of exemptions, excluding churches).

But, as a general principle during this intensive, short season, I believe we should not be gathering together based on principles of wisdom and love. Bishop Joseph Mattera has provided 9 biblically-based reasons not to assemble as churches at this time. I believe he offers sound wisdom.

Other churches felt it was fine to go on with their activities, but have paid the price, like the church in Washington state that held choir practice as usual on March 9. As of March 29, dozens of members had COVID-19 and two were dead. (For a tragic parallel with some ultra-Orthodox Jewish communities in Israel, see here.)

Across America, missionaries, bishops, pastors, and elders have died from the virus. Were they all lacking in faith? Were they any different than the leaders or congregants in other churches across the nation?

We simply cannot guarantee that, when we meet together in large groups, we will not contract and spread this super contagious and highly-deadly virus, perhaps sealing the deaths of others in the process. Does Jesus want us to do this in our zeal to preserve “our rights”?

We must also realize that the vast majority of our congregations cannot spend $100,000 installing air purifiers, as Rodney Howard-Browne did. Nor can we enforce social distancing guidelines if our church buildings are filled with worshipers.

What if Churches Become Hotbeds of Infection?

And what happens if any of these churches that meet together during this season become hotbeds of infection? What if they become chief carriers of the virus? The world will have two words to describe those choices: selfish and stupid.

Worse still are the leaders who disparage other Christians who feel it is right to follow the government’s guidelines. May God forgive them for calling us “sissies” and “pansies.”

Again, I realize there are complex issues involved, and I respect pastors like Rodney Howard-Browne and Cary Gordon who have different perspectives. But I believe the law of love trumps other concerns and should be preeminent in our thinking today.