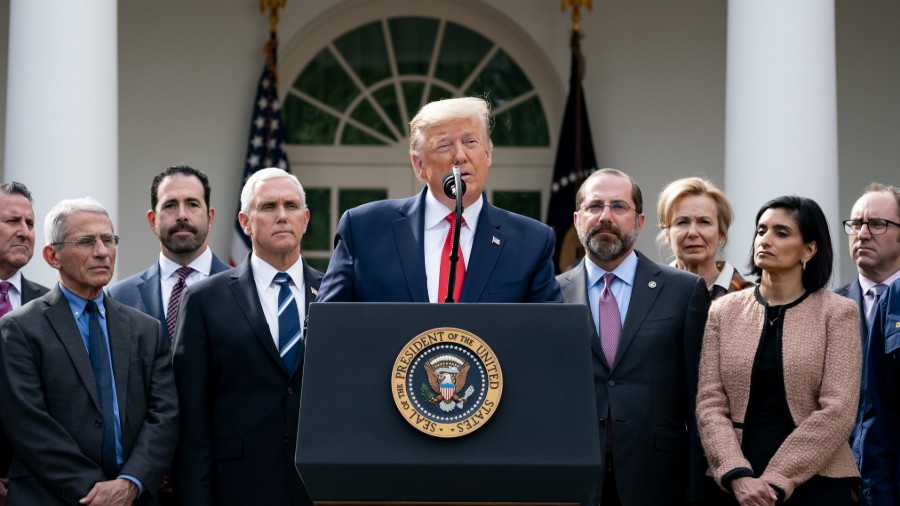 As Americans, we are fiercely independent. We are not like a collectivist society like China, which can mandate the behavior of an entire nation (note the quote here about China from a S. Korean professor). We are individualists, and we prize our freedoms.

How, then, should we respond when our government restricts these freedoms in the name of public safety? Is this an infringement of our constitutional rights? Or is it an opportunity to love our neighbor?

What is at Stake

Before answering these questions, we would do well to consider what is at stake. The New York Times paints this grim picture from Italy:

Hospital morgues there are inundated. Bergamo’s mayor, Giorgio Gori, issued an ordinance that closed the local cemetery this week for the first time since World War II, though he guaranteed that its mortuary would still accept coffins. Many of them had been sent to the Church of All Saints in Bergamo, located in the closed cemetery, where scores of waxed wooden coffins form a macabre line for cremations.

“‘Unfortunately, we don’t know where to put them,’ said Brother Marco Bergamelli, one of the priests at the church. He said that with hundreds dying each day, and with each body taking more than an hour to cremate, there was an awful backlog. ‘It takes time and the dead are many.’”

This is what happens when the coronavirus is not checked in time. This is what we could be facing in America.

One more glimpse from the Times:

At around midnight on Wednesday, Renzo Carlo Testa, 85, died from the coronavirus in a hospital in the northern Italian town of Bergamo. Five days later, his body was still sitting in a coffin, one of scores lined head-to-toe in the church of the local cemetery, which is itself closed to the public.

His wife of 50 years, Franca Stefanelli, would like to give him a proper funeral. But traditional funeral services are illegal throughout Italy now, part of the national restrictions against gatherings and going out that have been put in place to try to stem the spread of Europe’s worst outbreak of the coronavirus. In any case, she and her sons could not attend anyway, because they are themselves sick and in quarantine.

Would you like this to happen to your family? Your city?

In short, this is not about me or my freedoms. It is about caring for my neighbor.

Consequently, if the government feels the need to put reasonable, mandatory restrictions on the populace in order to save lives, then as much as possible, I will comply. I am willing to be restricted so as not to be a potential carrier of the disease to others.

Concerns that the Restrictions are Part of a Nefarious Plot

“But,” someone will surely say, “this opens the door for the government to do anything. This is just a trial run to see how we will respond. There is nothing random or unplanned about it. The restrictions are part of a larger, national (or, even international) plot.” (For related thoughts from an evangelical leader, see here.)

To be sure, I do not put absolute trust in our government. Not a chance. I do not believe in Washington the way I believe in God. (Not within a million miles.)

But do we honestly think that President Trump is part of this conspiracy? That his entire administration is part of a plot to steal our liberties and subject us to a one-world government? That Trump will be coming for our guns next?

I could understand some conservatives being up in arms if George H. W. Bush were our current president, with his frequent references to a “New World Order.” And I could understand more skepticism from the right if this was happening under President Barack Obama (or, more scarily, under a President Bernie Sanders).

But let’s be realistic.

This is happening under Donald Trump. He is nobody’s puppet. And he is no friend of the “New World Order.”

It was German’s Angela Merkel who complained about the damage Trump was doing to this very order. And the Foreign Policy website noted on December 27, 2018 that, “From his earliest days on the campaign trail, U.S. President Donald Trump made clear his disdain for the international organizations that have regulated trade, promoted human rights, and advanced international peace since the end of World War II.”

That’s why I reject the idea that the restrictions being placed on us are part of a larger, nefarious plot.

Our Leaders Are Doing Their Best to Prevent Deaths

If and when the government illegitimately seeks to steal our rights, we will stand up say, “We must obey God rather than man” (Acts 5:29).

This, however, is not that time.