What If White Americans Had Been Sold as Slaves in Africa? 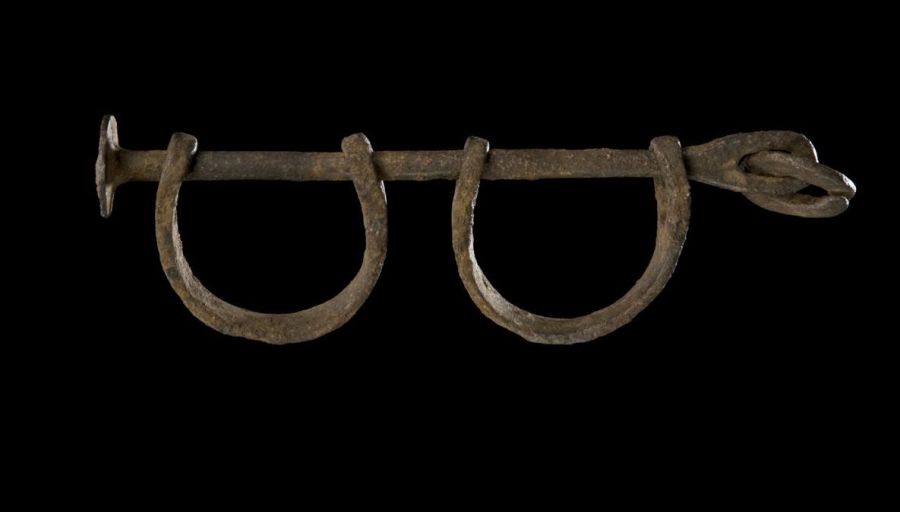 What if the roles had been reversed? What if it was White Americans who were sold into slavery in Africa? What if it was Whites who, to this day, a century and a half after their emancipation, had lower family incomes, diminished educational opportunities, and higher crime rates than the Black majority? How would we, as White Africans, view this?

Jewish historian Eli Faber, in his book Jews, Slaves, and the Slave Trade: Setting the Record Straight — which demolishes the Nation of Islam’s lies about the allegedly dominant role of Jews in the slave trade — paints a powerful picture of the monstrous nature of this horrid practice.

Wrenched from their homes and their families, marched in chains to the coasts and transported across the seas during an era that lasted well over three centuries, millions were condemned to spend the remainder of their lives in servitude and to witness the enslavement of their children. Many more did not survive the Atlantic crossing, perishing instead on vessels swept by disease or from a profound depression that the historical record tells us frequently seized many of the captives in its grip. Still others died within a few years of arrival, toiling on the plantations and in the mines of Europe’s colonies in the western hemisphere.

Now, read that again, but change the players. Over a period of three centuries, White Americans — as many as 10-15 million — were wrenched from their homes and families and marched in chains to be shipped by their Black captors to Africa. Several million would die at sea. The rest would be consigned to a life of slavery and oppression by their Black masters, with their own children born into wretched servitude.

As for the Black oppressors, many claiming to be committed Christians, they were convinced by biology and theology that the Whites were both inferior and cursed. They were born to be enslaved.

Faber noted that, “African merchants brought caravans of slaves to the coast for sale, while African governments not only went to war in order to obtain captives to sell into slavery but also established the trading regulations, dictated the terms, and set the prices under which the Europeans were required to operate.”

Reversing the roles again, this would speak of White Americans selling fellow Whites to the Black Africans, even going to war to capture other Whites, all for financial gain. Such is the evil of humanity.

But either way, the end result would be the same: White Americans would become White Africans, virtually all of them the descendants of slaves.

Eventually, going along with our reversed-roles scenario, the slave trade and slavery would be abolished in Africa. But for another century, in many parts of Africa, Whites would remain an inferior class, treated with inequality under the law until Civil Rights reforms in the 1960s sought to level the playing field.

Still, in the year 2020, White Africans fell far behind in many statistical categories: (In all links cited, I am reversing the stats for White Americans vs. Black Americans and applying them to my imagined scenario)

Funding for Black children’s schools was much higher than funding for White children’s schools. In addition, “about 72% of [Black] students who have completed high school enrolled in college the same year, compared to 44% for [White] students.” (Once again, I am reversing the actual data in these citations.)

Out of Africa’s Fortune 500 companies, there were only three White CEOs.

Accordingly, since so many White Africans were raised without a father, this has resulted in higher rates of drug addiction as well as higher crime rates. And so, the cycle continues.

How Do You Feel as a White African?

How does this make you feel as a White African?

This would not absolve White Africans from taking responsibility for their own well-being and social improvement today. Nor would it justify acts of violence against Black Africans. But, if there was truly a continent-wide move to see biblically-based justice and righteousness for all citizens, then Black Africans would have to wrestle with these realities and find holistic ways to level the playing field as much as possible.

Coming back to the present reality here in America in 2020, as we look to make America great for all of her citizens, let us, as White Americans, do our best to be empathetic rather than defensive when it comes to race issues.

As I’ve stated before, there’s no reason for fragility or guilt (and I say this with full recognition of the very flawed nature of the bestselling White Fragility book). At the same time, I believe it’s very easy for us as White Americans to fail to grasp the degree to which we still have not overcome the legacy of our past, whoever’s fault that may be.

To me, this does not speak of systemic racism in 2020. Instead, it speaks of a very embarrassing past that still leaves scars today.

So, let’s keep asking big questions in order to find big answers in order that, together, we can fulfill our God-given potential as a people and a nation. Mixing in a healthy dose of empathic understanding will go a long way in helping us achieve those goals.

5 Arguments Against ‘America is a Racist Country’