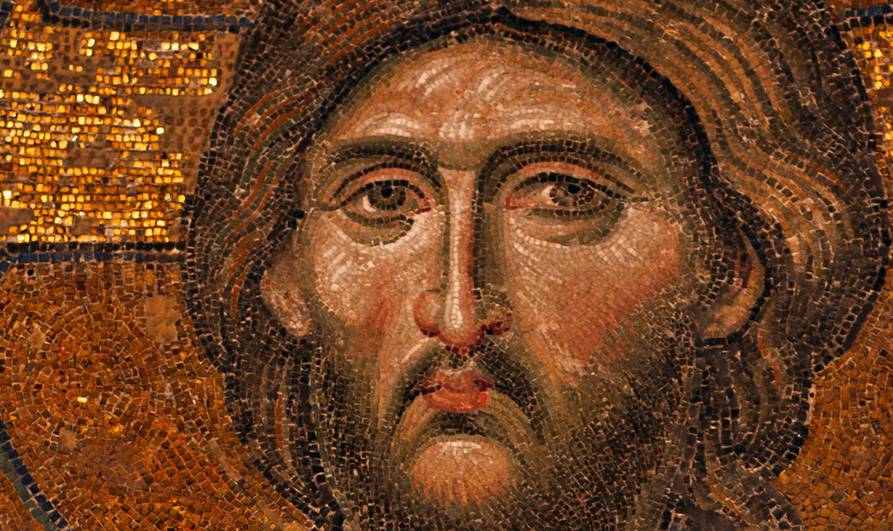 In my last column I made an observation that is surely to make me popular. I wrote that “Anti-Racism” is the core tenet of faith in the post-Christian Woke cult. That cult doesn’t wish to obey but to dethrone and replace the Gospel with a new, “improved” one. So following St. Paul, I call it a creed of Antichrist.

The Woke want our churches to “welcome” unions based on sodomy and polyamory. They would force church-owned hospitals to abort babies, castrate and mutilate the mentally ill, and euthanize the elderly. The Woke would close down Christian colleges that maintain Gospel morals in their dormitories and classrooms. All this in the name of a “justice” and a “compassion” which the Woke, as Darwinist materialists, have no right even to mention.

From Fringe Cult to Theocracy

We shouldn’t be surprised when a left that once embraced “freedom” and “tolerance” now seeks to persecute the Church. Those positions were opportunistic, like the early Suras of the Quran that endorsed religious freedom. Muhammad promulgated them while he was still weak and unpopular. Once Muhammad had the whip hand, Allah conveniently changed his mind, and insisted on theocracy. (In some places and times, Christians would make the same opportune “discovery,” that Jesus didn’t really mean we should shake the dust off our feet and leave unbelievers in peace. See the claims of Catholic Integralists.)

Did Jesus Sin and Repent? Who Gets to Judge That — Oprah?

Messianic Christian Rabbi Jason Sobel wrote a fine piece here at The Stream responding to the latest Woke outrage. Namely, the claim by clerical pajama boy Reverend Brandan Robertson that Jesus displayed racist attitudes, but set an example for all of us by repenting.

If Jesus had sinned, even once, it would have proven that He wasn’t God. God cannot be divided in His will, or fight against Himself. The universe itself would vanish into nothingness

I’ve heard the same claim from lavender Jesuit Rev. James Martin, so this is a meme that’s clearly spreading to all kinds of churches. And no surprise that the Woke cult is showing such chutzpah. Its attacks on the Church have met so little resistance, it’s emboldened to go for her Founder.

If Jesus had sinned, even once, it would have proven that He wasn’t God. God cannot be divided in His will, or fight against Himself. The universe itself would vanish into nothingness. So whatever Jesus said or did more than meets, it sets the standard for our behavior — not the pangs of our heart strings. Nor Twitter’s Community Standards. Nor even the provisions of the Equality Act, should it become the law of the land.

One of Our Lord’s “Hard Sayings”

Sobel carefully, soberly, answers Robertson’s claim on its own terms — those of Christ-inspired racial egalitarianism. Sobel addresses Mark 7:27. There, Our Lord seems to rebuke the Syro-Phoenician gentile woman: “And He said to her, ‘Let the children be fed first, for it is not right to take the children’s bread and throw it to the dogs.’” Jesus quickly seems to relent, and welcomes her to follow Him.

But still, it’s a jarring moment for many readers, as it was for me the first dozen or so times that I read it. His words made me pause, and wonder how much I really liked this man Jesus — obliged though I was to obey Him. There’s a reason we call this one of the “hard sayings” in the Gospel.

As I thought this puzzle through, I realized something. I had a stake in this controversy, since like that woman I too was a Gentile. Should I take these words of Jesus personally? Did they mean that ethnic Jews had a prior claim on salvation, while people like me were only accepted on sufferance? Were we poor substitutes, cheap foreign clones? Doubtless, once Gentiles greatly outnumbered Jews among Christian converts, these words rankled countless followers of Christ whose ancestors had worshiped “sacred” trees or magical snakes.

The Church did not interpret Jesus’ words to imply such a double standard. At Pentecost, the Word was offered equally to the world. But if God had decided otherwise what could I do about it? File an equal opportunity grievance against the Creator?

Pitting the Father Against the Son

Jesus’ Jewish listeners wouldn’t have found such language shocking. They’d been schooled in an ethnically transmitted form of monotheism. It focused on keeping Israelites separate from their pagan neighbors. That was as much of His will as God had revealed to the Jews before Jesus. While we’re now glad and grateful that salvation is impartially offered to all, do we dare to look back at the Old Covenant as evil? As bigoted and “unfair,” as if we had some right granted by “the Universe” or something to demand favors from God?

The answer should be “obviously not.” The first great heresy in the Christian Church was Marcionism, which cast the Old Testament, the Father, and His people as evil — a dark heritage against which Jesus arose as some Promethean rebel. Many subsequent heresies, both inside the Church and out, used the Marcionite tactic.

No wonder the Nazis encouraged Marcionism in the churches they came to control. It turns the New Testament into Silly Putty, which those with power can mold into any shape, or use to pick up and repeat whatever they publish.

Hans Urs von Balthasar documented that the ideologues of the Enlightenment embraced Marcionite readings of Scripture. They negated the whole Old Testament, and hence the Church’s long tradition of reconciling it with the New. These negations grant any heretic’s new gospel enormous power. Cutting the New Testament off from its proper (Jewish) context truncates and obscures its meaning. It lets you use the words and deeds of Jesus to prove … nearly anything at all.

Cutting the Gospel Adrift, and Sailing it to Hell

Thus we’ve seen heretics claim that — whatever Church fathers, saints, and scholars have believed — the Gospel really implies … whatever crackpot notion inspires them. Leave off the Old Testament, and some people will insist that “real” Christianity demands the rejection of private property. Or universal pacifism. Or celibacy for all. (The last would at least solve all our social problems in 70 short years.) Or global revolution, sexual license, open borders … you name it. No wonder the Nazis encouraged Marcionism in the churches they came to control. It turns the New Testament into Silly Putty, which those with power can mold into any shape, or use to pick up and repeat whatever they publish.

Our new, Woke Marcionite revolutionaries think they can culturally appropriate the genuinely radical implications of the Gospel — moral universalism and equal human dignity — while clinging to the soulless metaphysics of racists like Charles Darwin. Thus atheists can borrow Christian standards by which to judge Jesus, the Gospel, or the Church, and declare them bigots.

They have no more right to do that than I can convict some imam of Muslim heresy, for following some hadith I consider is incompatible with the Quran. But the issue goes deeper than that.

God Is Committed to Reason, But Not Human Laws

Because we only acquired respect for individual rights and human dignity from the Biblical heritage, we cannot saw off the limb on which we live by turning around and laying such charges against the Bible. We must struggle with the fact that the same God who commanded “Thou shall not murder” demanded the sacrifice of Isaac, and the end of the Amalekites. Can we make sense of that, or have we just hit contradictions that ought to shake our very faith — and turn us into Darwinians, whose objections to murder are grounded in mere … squeamishness?

This is the very stuff of theology itself, which drove Maimonides, Augustine, Aquinas, and Bonhoeffer to long, slow study and sleepless nights. I think that it’s obvious that God could make a general rule against killing the innocent, while in particular cases demanding something else. As the Author of life, He has the perfect right to withdraw that gift at will. (Or is God violating our sacred “right to life” if one of us gets struck by lightning?) He can issue that as a command, via special revelation, as He did to Abraham. But He almost never did that, and hasn’t since Jesus came. And that’s … just how things are, in the universe He made.

Likewise, the Creator can fashion our sexual natures to work a certain way, one knowable by reason. He intends and endorses certain uses of it, and disapproves of others. It’s literally comical to watch educated Jesuits try to prove that the things Jesus didn’t say in the Gospel, but maybe kinda sorta possibly implied, overturn His Father’s clear words in Leviticus.

But then we’re not dealing with people seeking to be Christians, but instead “more Christian than Jesus™.” And that’s not our job, but the task of the Antichrist.

The Gospel must judge our culture, and not the other way round. If we find that the real, historic teaching of Christianity doesn’t match up with the talking points of Caesar, Mammon, and Sodom, so much the worse for the latter. It might make our lives much harder, but it will also give them meaning. And that’s something the Woke folk will never, never have. They even seem to realize it, which is why they need a new crusade every couple of years, and can never offer forgiveness. They know that they’ve made graven images and bowed down before them.