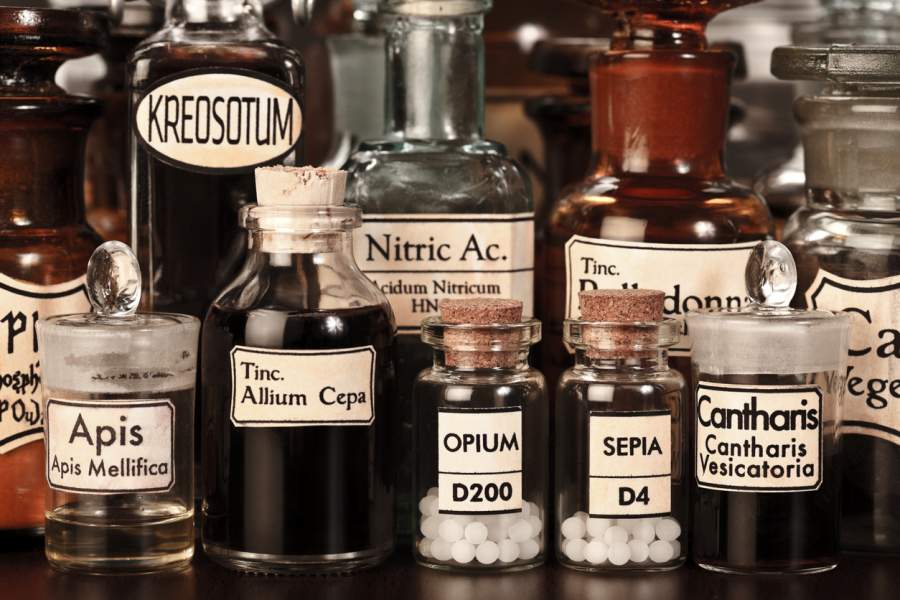 I’ve warned people before that the ideology calling itself Anti-Racism is a dangerous golden calf. “Racism” as a word has been weaponized by the Left to mean whatever suits it at the moment.

Do you oppose socialism? Then you’re a “racist,” because socialism might mean the transfer of wealth from white people to non-whites. No matter that you haven’t a speck of racial motivation in your body. That doesn’t matter. The Supreme Court ruled long ago (absurdly) that “disparate impact” on members of different groups is sufficient to prove that a policy violates civil rights laws. No matter your intentions.

So if socialism means that more black people will get checks from the government, opposing it is demonstrably “racist” by these standards. Same thing with any issue the left wants to press, from ballot security to immigration. And whites who want to save their own skins at any cost will fold like cheap tents as soon as the word gets wielded. Some of them will even pluck out proof texts from the Bible, to use as fig leaves and bludgeons.

The Whitest Man on Earth Plays the Race Card

Perhaps the whitest man on earth is playboy-for-me-lockdown-for-thee California Governor Gavin Newsom. Even now he’s trying to beat the rap, and avoid getting recalled by impoverished, outraged Californians. How? By claiming (drumroll please) that the recall effort is … racist.

Not many modern people really want to face the black hole at the center of their worldview. They want to cling to the myth that their lives have meaning and their existences some dignity. So they claw at shreds and scraps of the Biblical heritage.

Republicans are being threatened not to filibuster the vote-fraudster dream act HR1, which would enshrine 2020-style election fraud in law. Why? Because the impact would be “racist,” and some filibusters (not most by any means) in the past were used by racists. (Real ones, segregationists, and Democrats to a man, some of them longtime friends of Joseph Biden, but move along people, nothing to see here.)

Why Is Racism Wrong?

The Woke cult has long been parasitic on Christianity. Take a good look at where it comes from, and you’ll see it’s nothing but empty. If you accept the materialist premises of Darwinism, there is absolutely no good moral argument against racism. Darwin himself knew that, and wrote about racial hierarchies in his own The Descent of Man. In a letter to Reverend Charles Kingsley in 1862, Darwin dreamed of a world without “lesser” races:

It is very true what you say about the higher races of men, when high enough, replacing & clearing off the lower races. In 500 years how the Anglo-saxon race will have spread & exterminated whole nations; & in consequence how much the Human race, viewed as a unit, will have risen in rank.

Darwin’s cousin Francis Galton invented “eugenics” to speed the “survival of the fittest” along and give it some teeth. Prominent Darwinists weaponized existing racism to popularize Darwin’s ideas. They spoke of “lesser breeds” among the human species as “missing links” to the apes. To illustrate, Manhattan Darwinists exhibited a kidnapped pygmy, Ota Benge, in the ape cage at the Bronx Zoo. It took black Christian pastors’ protests to get him set free. Christian bishops in Nazi Germany fought Darwinist scientists who wished to sterilize or euthanize “defective” citizens.

Darwinists Got Queasy After the Nuremburg Trials

The exposure in 1945 of the horrors of the Holocaust made eugenics talk unfashionable. So Margaret Sanger and her allies switched gears, and started warning of a “population explosion.” Somehow their most aggressive work reducing the birth rate seemed to focus on non-white countries and populations. But I’m sure that “disparate impact” was only a coincidence.

Once you’ve accepted Darwinism, really internalized it and applied it to the human species as just another, brainier animal, what moral arguments are there for banning racial discrimination? You might offer scientific reasons why it’s irrational, but none of those have moral import. You’d simply be arguing facts, as one would in a debate over the best ways of raising cattle.

The Black Hole Inside Their Ethics

By adopting Darwinist materialism, you sacrifice the right to speak about human dignity, rights, or justice. Nature, red in tooth and claw, yawns at those Christian holdovers. Then it licks the fat from its paws.

But not many modern people really want to face the black hole at the center of their worldview. They want to cling to the myth that their lives have meaning and their existences some dignity. So they claw at shreds and scraps of the Biblical heritage, purloined from the Civil Rights Movement, to patch together systems of ethics. That’s where we got the Woke Cult.

A Fetish and a Weapon

Lost, rudderless post-Christians who have no rational vision whatsoever of the Good instead look around for undeniable evils. Not just any evils, but those universally condemned, with Hollywood movies made about them. They decide that they can give their lives significance by fighting those, and gain power by accusing their enemies of promoting them.

So these people look to the Holocaust, and pretend that at the root of it was … nationalism, and nothing more. Therefore we must oppose national sentiment in every form, and empower bloodless globalists or Marxists to seize all the power. The Woke look at old films of racist sheriffs calling black Christian Civil Rights demonstrators “monkeys” and spraying them with firehoses. So they identify “Racism” as the ultimate, primal evil. They never think through the fact that the sheriffs were acting like Darwinists, while the demonstrators acted as Christians.

It’s not as if the Woke folks are content to simply steal the Christian heritage of abolitionism, equal rights, and human dignity, then leave the rest of us in peace. They don’t act like simple shoplifters, but rather home invaders ready and willing to take the whole Church hostage. They would even abduct Jesus, and subject Him to a show trial. These people, with no good arguments against racism not stolen from Christianity, step forward to judge its Founder.

I thought we’d reached the apex of absurdity when left-wing whites began accusing right-wing Latinos and blacks of “multiracial whiteness.” That’s the term invented to smear pro-life, free market, gun rights, or other conservative non-whites as “wannabe” white racists. So white thugs from Antifa are every bit as free to punch them as actual Nazis.

But I was wrong. You can never be pessimistic enough, it appears. The Gadarene swine don’t stop on the slippery slope and save themselves from the sea. But it’s a mercy to try to fish some of them out, which is why I bother to write. My column tomorrow will address the attempts by some to convict Jesus Himself of racism. The hubris entailed in such charges marks a milestone: the progress of the Woke cult from post-Christian fetish to the evangelizing church of Antichrist.