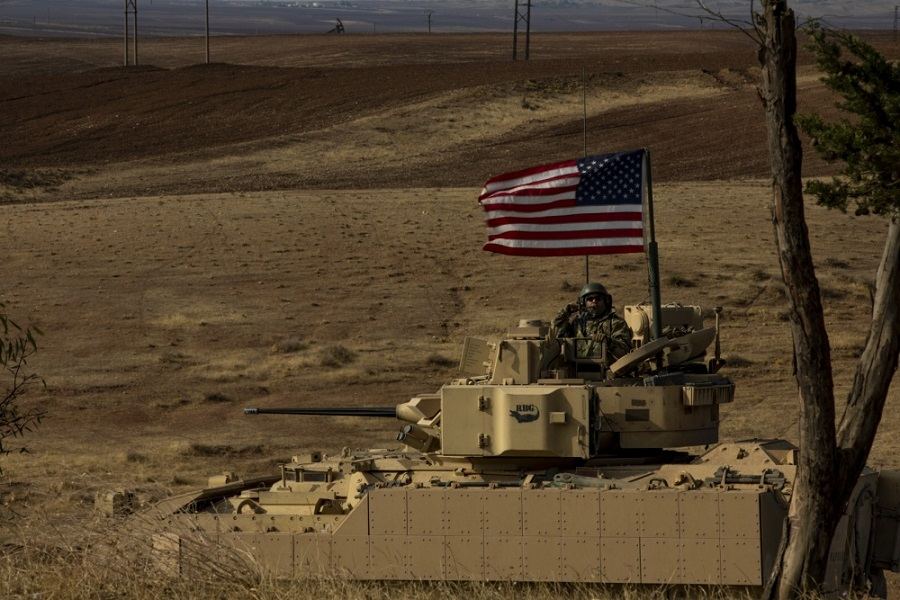 A U.S. Army soldier looks out of the gunner’s hatch of a M2 Bradley Infantry Fighting Vehicle while serving in Syria on November 27, 2020.

While most Americans ate Thanksgiving dinner, thousands of brave U.S. troops were busy fighting a war.

As the above image shows, American warriors are still on patrol in Syria. They are also risking their lives in Iraq, Afghanistan and other hotspots around the world.

In addition to fighting terrorist groups like ISIS and al Qaeda, U.S. military and intelligence officials are also watching for potential violence by Iran after one of the rogue regime’s top nuclear scientists was taken out by Israel last week.

“Definitely Iran will retaliate,” an Iranian senior official told Reuters this week. “When and how depends on our national interests. It might happen in the coming days or weeks, but it will happen.”

In neighboring Iraq and Afghanistan, Stars and Stripes reports that the Chairman of the Joint Chiefs of Staff, U.S. Army Gen. Mark Milley, said this week that American forces would continue to “train, advise and assist missions and the separate counterterrorism operations” in both countries next year. General Milley’s comments come in the wake of the Trump administration recently announcing that approximately 2,500 combined U.S. service members would be withdrawn from Afghanistan and Iraq by January 15.

“We believe now that after 20 years, two decades of consistent effort, that we have achieved a modicum of success,” said Milley, as quoted by Stars and Stripes.

All Americans should rejoice as thousands of valiant men and women in uniform come home from war. At the same time, it’s crucial for us to recognize that these conflicts are not over. Until every single soldier, sailor, airman and Marine is out of harm’s way, The Stream will continue to report on their sacrifices and humbly ask God to watch over these heroes and their loved ones.

Another dedicated American service member has died during the military’s nine-month war on coronavirus.

Military.com reports that Master Sgt. Robert Lawson died on November 24. The 48-year-old North Dakota National Guard soldier is 12th American service member to pass away from complications related to COVID-19, according to Pentagon statistics. As of Thursday, there had been 80,592 cases, 49,472 recoveries and 834 hospitalizations inside U.S. military ranks.

Master Sgt. Lawson was a married father of nine children, according to his obituary. He also earned a Bronze Star while serving during one of the most dangerous chapters of the Iraq war from 2003-2005. Overall, Lawson honorably served in the military for 32 years.

North Dakota Guardsman Who Died of Coronavirus Was Father of 9 https://t.co/mtzWSgvcQi

“We are deeply saddened to share with you the loss of one of our National Guard soldiers,” North Dakota state officials said in a statement, as quoted by Military.com. “We ask that you please keep Master Sgt. Lawson’s family and friends in your thoughts and prayers.”

We will most certainly pray for the wife and nine children of Master Sgt. Robert Lawson, who was laid to rest on Wednesday in Velva, North Dakota. We honor this fallen warrior’s service and his many years of sacrifices for our country.

Update: After this story was published, a 13th U.S. service member was confirmed to have passed away from coronavirus complications. Military.com reports that Petty Officer 2nd Class Nathan D. Huff Bishop, 33, died on Tuesday. The U.S. Navy reservist served in both Iraq and Afghanistan. We mourn this brave sailor’s tragic passing and pray for his family.

Just in time for the holidays, a group of Michigan National Guard soldiers has finally returned from war.

The soldiers, who had been serving in the Middle East, were greeted by their overjoyed families in Lansing, Michigan, on the day before Thanksgiving. 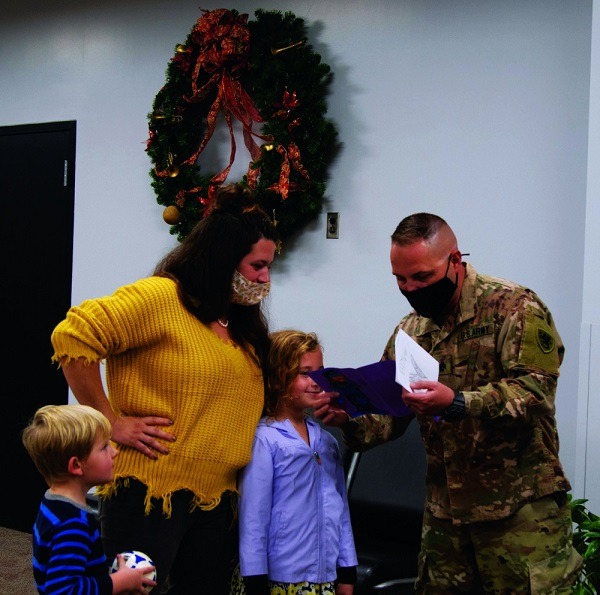 A Michigan National Guard soldier is greeted by his family at the Capital Region International Airport in Lansing, Michigan, while returning from an overseas deployment on November 25, 2020.

Welcome home, heroes! Thank you for your service and Merry Christmas to you and your families.