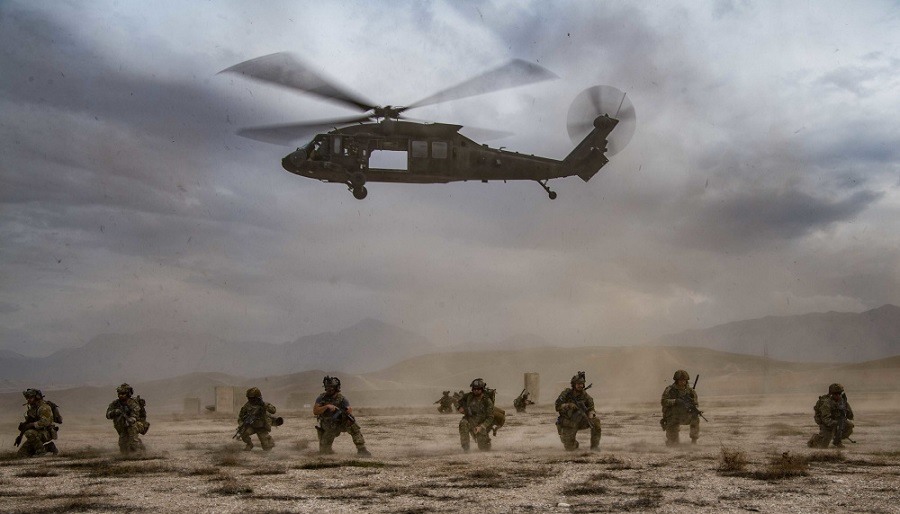 U.S. service members secure the perimeter at an undisclosed location in Afghanistan on March 17, 2020.

There are 1,000 more American troops at war in Afghanistan than previously disclosed, according to The New York Times.

The newspaper reports that 3,500 U.S. service members are currently risking their lives in Afghanistan, not the 2,500 previously announced by the Department of Defense. The additional American troops “include Joint Special Operations Command units, some of them elite Army Rangers, who work under both the Pentagon and the CIA while deployed to Afghanistan,” according to the Times.

Afghanistan, where the U.S. military has been at war since 2001, is still a violent place. On Monday, 15 Afghan civilians were reportedly wounded when a minibus was bombed in the capital city of Kabul. “Afghanistan is experiencing a nationwide spike in bombings, targeted killings and other violence as peace negotiations in Qatar between the Taliban and the Afghan government continue,” according to ABC News.

All U.S. troops are supposed to leave Afghanistan by May 1 in a peace deal previously made by the Trump administration. The Taliban and other terrorist groups kept targeting troops and civilians after the agreement was reached, however, leaving the Biden administration with a difficult decision to make.

When asked about the May 1 Afghanistan withdrawal deadline this week, President Biden said “it could happen, but it is tough.”

Biden says the May 1 deadline to withdraw from Afghanistan "could happen, but it's tough." Then talks about the consequences of "the failure to have an orderly transition from the Trump presidency to my presidency" pic.twitter.com/K3fjiHhtxL

Politicians don’t bear the heaviest burdens of America’s longest war. Those sacrifices are made by our valiant men and women in uniform and their families. More than 20,000 U.S. troops have been wounded in Afghanistan, according to icasualties.org, with 2,452 making the ultimate sacrifice. Countless veterans also spend every day living with the invisible wounds of war.

Please join The Stream in praying for peace in Afghanistan and for the safe return of all American heroes to their loved ones.

Thousands of U.S. troops are also putting their lives on the line in the Middle East, including Syria, where an unconfirmed number of Americans are deployed.

The below video shows an American convoy patrolling northeast Syria, where troops disembarked from their vehicles on Tuesday to meet with local Syrians who have spent the past decade caught in the crossfire of a bloody civil war.

A US patrol stopped to speak with villagers and discuss the service situation in the village of Karhawk (Tel al-Arab), northeast #Syria. @CJTFOIR @coalition @OIRSpox
Read more: https://t.co/W94tcsOaHr pic.twitter.com/v2cRGoGpfG

“Members of the patrol met with the villagers and inquired about the services in the village, including electricity, water, and roads, in addition to the healthcare situation, according to residents,” according to the North Press Agency.

A recent Los Angeles Times report said that while the Biden administration is reviewing the U.S. troop presence in Syria, the military is “not planning on leaving soon.”

“We’ve got the flagpole planted,” Louisiana National Guard Lt. Alan Favalora, who is deployed to Syria, told the newspaper. “We want them to know we are committed to this region.”

On February 25, the U.S. military launched an airstrike on targets in Syria in response to rocket attacks aimed at bases housing U.S. troops in neighboring Iraq. On Monday, more rockets reportedly rained down near Balad Air Base, which “primarily houses contractors and employees of private American companies,” according to Military.com. Thankfully, no injuries have been reported.

I hope The Stream‘s weekly updates underscore the very real dangers still faced by our country’s selfless service members. It’s been a long time since the ongoing wars in Iraq, Syria and Afghanistan were at the forefront of the national discussion, but that doesn’t mean we should stop praying for our troops. We should also remind our friends and neighbors to do the same.

A group of military families had their prayers answered this week when a group of brave soldiers returned to Texas after several months at war in the Middle East. 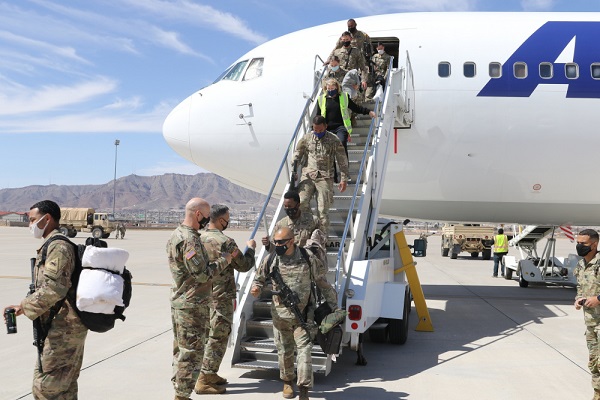 U.S. Army soldiers exit their plane after returning to Fort Bliss from a Middle Eastern deployment on March 15, 2021.

Welcome home, heroes! Thank you for your sacrifices.