This Week at War: Praying for Peace in Afghanistan 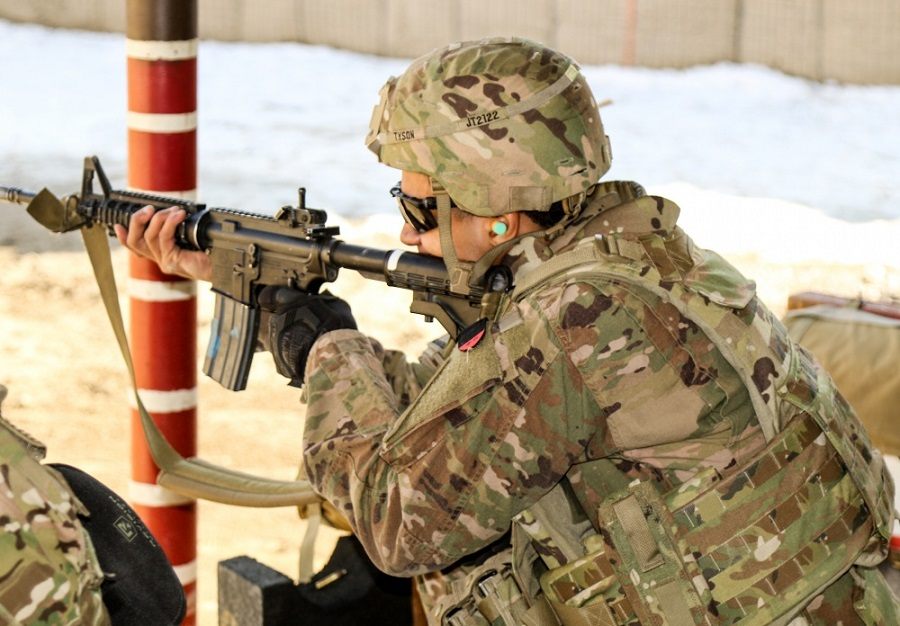 A U.S. Army soldier fires his M4 rifle at a paper target at Bagram Air Field in Afghanistan on February 8, 2020.

Could the war in Afghanistan finally be drawing to a close after more than 18 years of fighting?

A temporary truce between U.S. forces and the Taliban started last weekend, just as funeral services took place for two American soldiers killed in Afghanistan earlier this month. The “reduction in violence” agreement remained in effect this week.

The importance of the temporary ceasefire was underscored by the commander of American forces in Afghanistan, U.S. Army Gen. Austin “Scott” Miller, walking the streets of Kabul on Wednesday with Afghan Defense Minister Asadullah Khalid.

“When you see the minister of defense out walking, that actually matters,” said Gen. Miller, as quoted by the Washington Examiner. “I think that’s really the key piece.”

The Washington Examiner also pointed out that both Miller and Khalid have been targeted in past terrorist attacks, which made their willingness to walk the street’s of Afghanistan’s capital city with limited protection even more substantial in the eyes of some Afghan citizens.

Minister of Defense @AsadullahKhaled and Gen. Scott Miller walk the streets of Kabul to meet local #Afghans and hear their thoughts on the potential for enduring #peace in #Afghanistan. pic.twitter.com/vyCUZpRpcO

Despite the clear significance of Wednesday’s walk, a bomb blew up in a different part of the city on the same day, injuring “at least nine civilians,” according to Voice of America. The Taliban denied any involvement in the attack, which so far doesn’t appear to have derailed the Trump administration’s plans to end the war.

“The seven-day reduction in violence pact took effect last Saturday and it is to culminate on the signing of a peace agreement between the United States and the Taliban scheduled for February 29 in Doha, Qatar,” VOA reported.

We are praying for not only peace, but the safe return of our brave men and women in uniform to their loved ones. Unless and until our troops are out of harm’s way, our military is still at war.

With violence and unrest continuing to plague Syria, Iraq and other Middle Eastern countries, I thought a graphic originally posted by Newsweek could help remind Americans of just how many U.S. troops are still deployed all over the volatile region.

Where are U.S. troops near Iran? Tens of thousands of American soldiers are in the Middle East, Afghanistan https://t.co/hv66H0LJj6

These estimated numbers (as of January) leave no doubt that our nation’s military community is still bearing the burdens of America’s post-9/11 conflicts. These deployed service members aren’t statistics, but brave men and women with parents, siblings, spouses and children desperately awaiting their return.

Please join The Stream in praying for America’s deployed heroes and their loved ones here on the homefront. We ask God to wrap His arms around these selfless patriots as they serve and sacrifice for freedom and our flag. 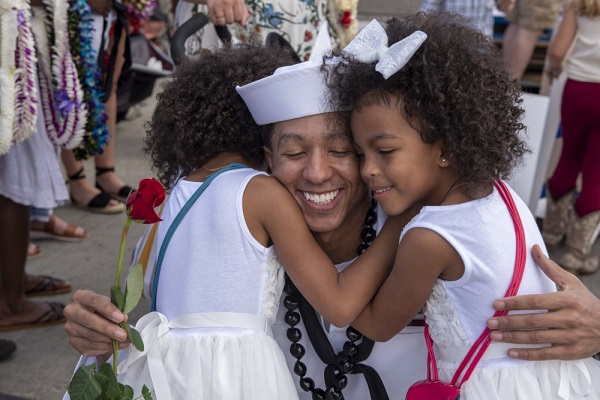 A U.S. Navy sailor assigned to fast-attack submarine USS Texas embraces his family after returning to Pearl Harbor from a seven-month deployment on February 24, 2020.