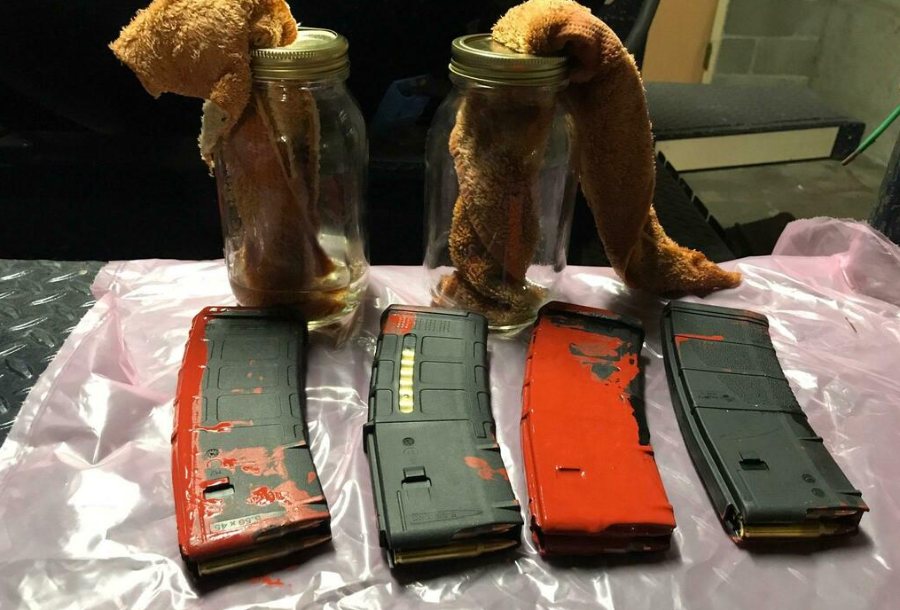 Portland police officers recovered Molotov cocktails and rifle ammunition late Sunday evening near the U.S. courthouse that has been the site of recent protests.

The Portland Police Department recovered the “destructive devices” in a bag in Lownsdale Square Park across the street from the Mark O. Hatfield U.S. Courthouse while investigating a shots fired call, police said. The discovery occurred as protesters and rioters continued to clash with federal agents protecting the courthouse.

Protesters lobbed fireworks, rocks, cans, and other objects at officers protecting the courthouse who have responded by using nonlethal weapons to control the crowd, The Associated Press reported.

I watched as injured officers were hauled inside. In one case, the commercial firework came over so fast the officer didn’t have time to respond. It burned through his sleeves & he had bloody gashes on both forearms. Another had a concussion from being hit in the head w/ a mortar

Protests in Portland have occurred for more than 55 consecutive days since the death of George Floyd who died after a Minneapolis police officer knelt on his neck, video of the incident shows. Violence intensified, though, after President Donald Trump’s administration authorized the mobilization of federal agents, who are largely Department of Homeland Security officers, to help quell protests, according to The New York Times.

Over the weekend, protests occurred in Seattle, Washington; Austin, Texas; Louisville, Kentucky; Oakland, California; Aurora, Colorado; and Richmond, Virginia, according to various media outlets. Many nationwide protests are organized in solidarity with Portland.

Trump authorized federal agents to be sent to Chicago and Albuquerque, New Mexico, on Wednesday to assist local police in responding to violence, according to U.S. News.