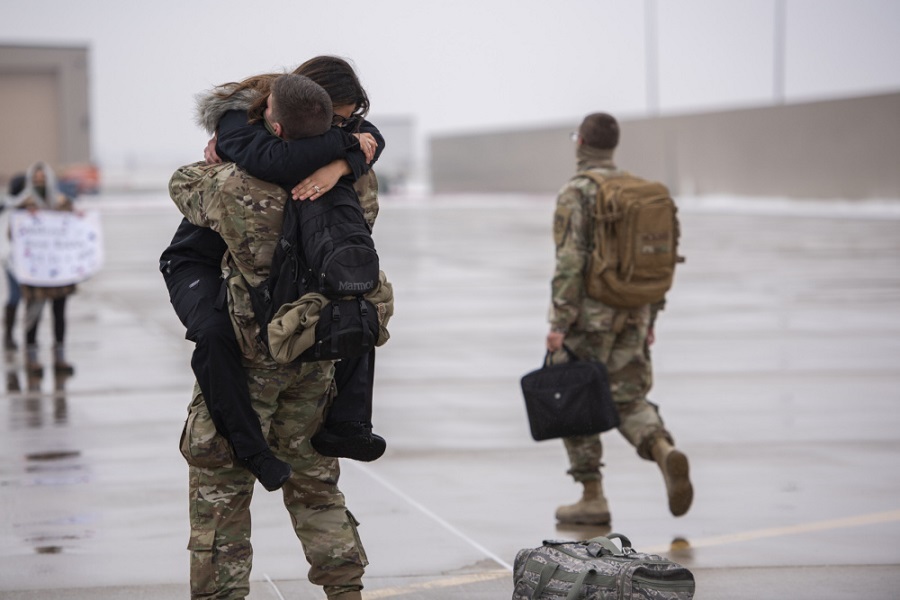 An Ohio Air National Guard airman embraces a loved one after returning home from Afghanistan on January 26, 2021, in Swanton, Ohio.

Five months from today will mark the 20th anniversary of President George W. Bush announcing the launch of the U.S.-led war in Afghanistan. God willing, America’s longest war will have ended by October 7, 2021.

As brave U.S. troops and billions of dollars in equipment begin leaving Afghanistan amid a very real threat of violence by al Qaeda, the Taliban and other terrorist groups, our first and foremost duty is to pray for the safety of all Americans in harm’s way. These valiant volunteer warriors are undoubtedly eager to return home to their families and friends, but must first exit a volatile war zone. Lord, please protect these courageous men and women in uniform.

Second, I hope to start a conversation about how and when our country will thank U.S. troops and veterans for their service and sacrifice after 20 years of constant war not just in Afghanistan, but places like Iraq, Syria and the Horn of Africa. There’s no doubt that our nation will come together to observe and honor victims of the 20th anniversary of the 9/11 attacks, which is also the date President Joe Biden set to have all U.S. forces out of Afghanistan. But what – if anything – is being planned for October 7?

It would probably be difficult to plan a big parade amid the COVID-19 pandemic’s ongoing uncertainty. A viable alternative, perhaps, might be a ceremony at Arlington National Cemetery, where names of all American troops who’ve made the ultimate sacrifice since 10/7/01 could be read aloud. It would be similar to New York’s annual reading of victims’ names at Ground Zero, which is always one of the most moving 9/11 memorial events.

My belief is that a nationally televised ceremony, attended by the president and as many Gold Star families as possible, would remind Americans of all our military community has given our nation during the past two decades. The more than 7,000 U.S. troops who’ve laid down their lives at the altar of freedom deserve widespread recognition, as do their loved ones.

As soon as possible, a parade should then be held in New York’s Canyon of Heroes for all post-9/11 combat veterans. Whether politicians or pundits deem the Afghanistan and Iraq wars as “won” or “lost” is irrelevant; what matters is saluting the millions of Americans who selflessly stepped forward when called upon to do so. New York rightfully had a ticker-tape parade for Gulf War troops and veterans in 1991, so surely the city and country can find a way to do the same 30 years later.

Please join me in calling on President Biden and both Democratic and Republican leaders to help ensure that the war on terrorism’s fallen heroes, veterans and military families are remembered this October 7 and beyond. We owe everything to our military community; not just ceremonies and parades, but unconditional support and assistance for America’s veterans and Gold Star families in the months and years ahead.

After America was attacked, about one percent of our population raised their hands and said “I’ll go.” As they come home, let’s be sure to put our hands together and clap for these heroes and their loved ones. They are America’s best.

It is important to remember that thousands of American troops are still at war in the Middle East. It was a particularly eventful week in Syria, where a coalition airstrike took out an ISIS terrorist on Tuesday near Dayr az Zawr, according to the U.S. military.

.@CJTFOIR soldiers routinely conduct security patrols in NE Syria in support of #SDF efforts to deter Daesh aggression & maintain peace & stability in the region. We remain committed to enabling our Syrian partners’ efforts in the fight to @2ABCT1AD @cmoc_sdf pic.twitter.com/3mHKYbjVoV

As seen in the above Twitter photo, American troops also conducted a patrol in northeast Syria to meet with locals and remind ISIS of the U.S. military’s ongoing presence there. Please say another prayer for our troops in the Middle East as they continue this critically important work.

U.S. Navy sailors serving aboard the USS John Paul Jones are back home after many long months at sea. 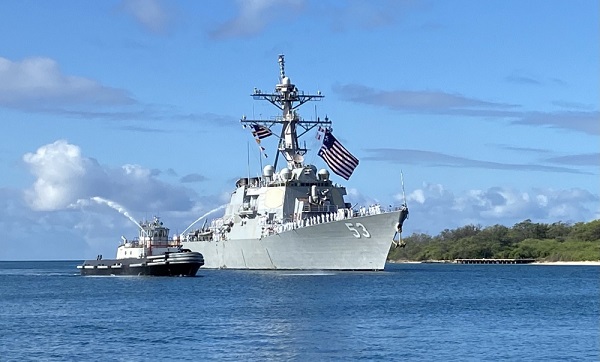 The guided missile destroyer USS John Paul Jones returns to Joint Base Pearl Harbor-Hickam in Hawaii on April 30, 2021, after conducting operations in the Indian and Pacific Oceans and the Arabian Sea.

Welcome home, heroes! Thanks to you and your families for sacrificing so much precious time together in order to keep us safe.