The Stream's weekly look at the ongoing sacrifices of U.S. troops and military families at home and abroad. 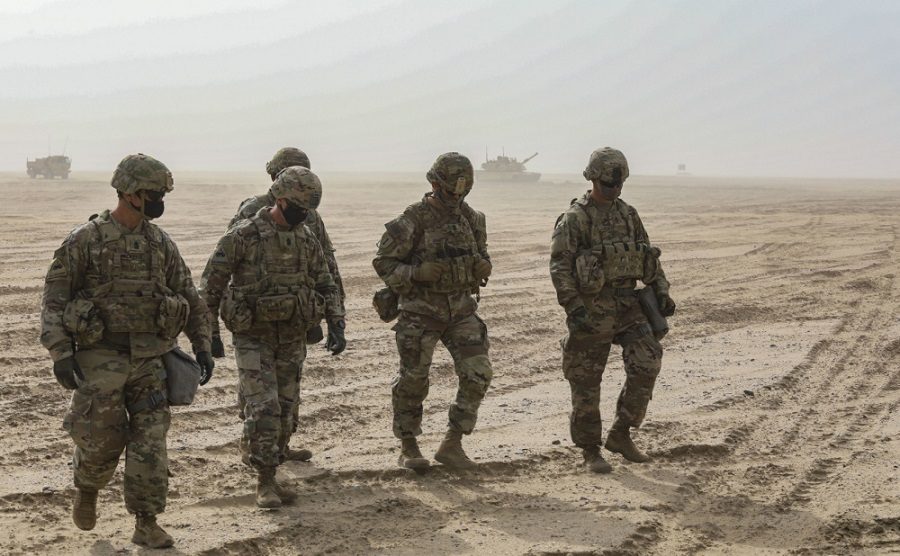 U.S. Army soldiers discuss strategy in the desert near Camp Buehring in Kuwait on December 17, 2020.

With just one week to go until Christmas, thousands of American troops are still at war with terrorist groups across the Middle East.

In Syria, hundreds of brave U.S. troops are working closely with Syrian Democratic Forces to prevent the re-emergence of ISIS. This week, a sleeper cell was raided near Deir al-Zour, resulting in the capture of a suspected terrorist.

The Coalition will continue to work side by side with the SDF to #defeatDaesh. Together, we are committed to continue to strengthen cooperation across all Coalition lines of effort in order to ensure that Daesh is unable to resurge. https://t.co/3yJFBMGqzw

As thousands of U.S. troops throughout the Middle East remain on high alert for possible attacks by Iran, American forces are also at war against ISIS in Iraq.

Even as approximately 500 U.S. service members return home from Iraq under the Trump administration’s withdrawal plan, the valiant men and women in uniform left behind continue working side-by-side with the Iraqi military. Operations include ensuring rapid response readiness for counterterrorism missions.

F-16 maintainers at Balad Air Base are hard at work making sure the Iraqi Air Force is always ready to take off. The Iraqi F-16s are a vital part of the success of the mission to #DefeatDaesh and the continued safeguarding of the sovereignty of Iraq. pic.twitter.com/9qFg3Q9S8P

About 2,000 American troops are also coming home from America’s longest war in Afghanistan under orders recently given by President Trump.

Elements of the Warrior Brigade redeployed to Fort Drum on December 10, 2020 from Afghanistan.

Despite misleading media headlines proclaiming that the war in Afghanistan is “over,” it is not. Even after approximately 2,000 U.S. troops come home from the battlefield by January 15, approximately 2,500 will remain.

Airstrikes against the Taliban, al Qaeda, ISIS and other terrorist groups continue, as do special operations missions. To say the war is “over” as brave American warriors continue to risk their lives is disrespectful to their tremendous ongoing sacrifices being made while separated from their families.

This holiday season and beyond, we must keep praying for all American troops in harm’s way. May God protect these warriors and comfort their loved ones.

For the first time, an active duty U.S. Army soldier has tragically passed away from coronavirus complications.

Stars and Stripes reports that Sgt. Setariki Korovakaturaga died last week while being driven to a military hospital in Germany. The 43-year-old soldier leaves behind a wife and family. Please join The Stream in praying for them.

.@USArmy Sgt. Setariki Korovakaturaga is the first active-duty soldier to die from the disease caused by the coronavirus. https://t.co/ZMm5yAvrwt

According to Department of Defense statistics as of Thursday afternoon, there have been 14 deaths and 878 hospitalizations in U.S. military ranks during the COVID-19 pandemic. Out of 94,644 total cases, 57,590 have thankfully recovered from the disease.

There is hope, however, as the compassionate men and women of our military assist in distributing the new coronavirus vaccines to millions of Americans.

“Our goal is every vaccine that goes out is safe and effective upon delivery,” said U.S. Army Gen. Gus Perna, the chief operating officer of Operation Warp Speed. “And, we wanted to make sure that deliveries occurred in the places where people could receive them and then begin administering the vaccine to the American people.”

Thank you to the courageous heroes of our military for being on the front lines of the war on COVID-19 since the very beginning. America will always be grateful.

Home for the Holidays

Nothing is more heartwarming than seeing an American service member return from war to reunite with his or her family. 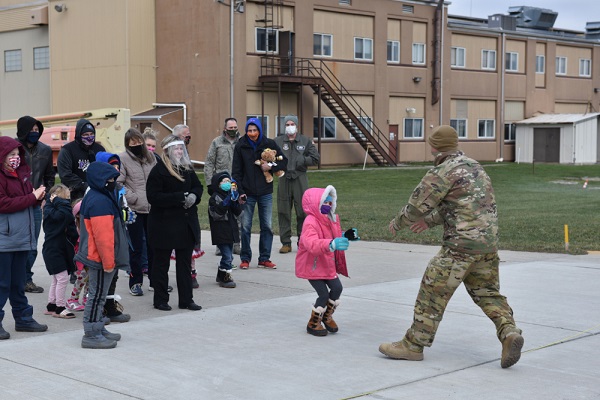 A U.S. Air Force airman runs toward his daughter while returning home to the Niagara Falls Air Reserve Station in New York on December 13, 2020.

Welcome home, heroes! Merry Christmas and Happy New Year to you and your loved ones.