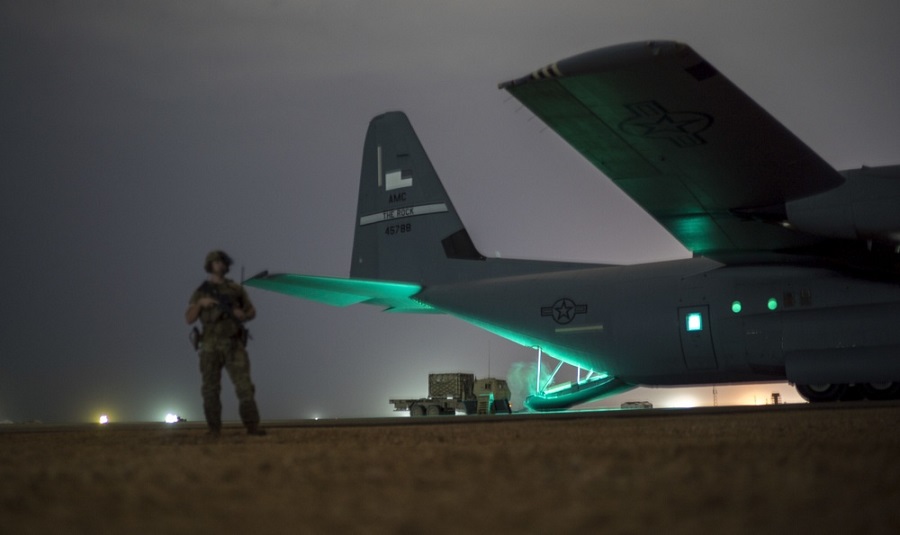 American forces are on their way out of Somalia, but the war against the al-Shabab, al-Qaeda and ISIS terrorist groups in East Africa is far from over.

Stars and Stripes reports that while the Trump administration did decide to pull an estimated 700 U.S. troops out of Somalia, they are being sent to other Eastern African nations “like Djibouti and Kenya,” where a U.S. Army soldier was killed in action earlier this year. Special operations warriors will continue fighting al-Shabab, al Qaeda and ISIS terrorists in Somalia from bases outside the country, according to the report.

“This action is not a withdrawal and an end to our efforts but a reposition to continue our efforts in East Africa,” said AFRICOM commander Gen. Stephen Townsend in a statement, as quoted by Stars and Stripes.

Please pray for all U.S. troops fighting extremism and evil in East Africa, as well as their families here at home.

The U.S. military is reportedly on high alert throughout the Middle East for a potential attack by Iran. POLITICO reports that “specifically, the Pentagon is closely watching ‘troubling indicators of potential attack preparations’ from Iranian militias in Iraq.”

In addition to rocket attacks aimed at U.S. and Iraqi military bases in Iraq, Tehran has long been threatening even more severe retaliation against the U.S. and Israe after recent assassinations eliminated some of the rogue regime’s most ruthless figures. The U.S. Air Force also sent B-52 bombers on round-trip flights from Louisiana to the Middle East on Thursday as a sign of strength to the Iranian government.

U.S. military dispatches B-52 bombers to Middle East as show of force against Iran https://t.co/p8yD2VPaiX

Despite recent announcements about troop withdrawals, the wars in Iraq, Syria and Afghanistan are not over. Well over one million U.S. troops have served in these conflicts in the nearly two decades since 9/11, with more than 7,000 American heroes making the ultimate sacrifice and many more wounded.

The U.S. military video embedded below shows what American soldiers, sailors, airmen and Marines have accomplished this year during the war on ISIS in the Middle East. We thank these valiant warriors for their service and pray for their safe return.

All around the country and world, brave U.S service members continue to fight the war on COVID-19. Operation Warp Speed has “paired military planners with experts at the Centers for Disease Control and Prevention” to eventually deliver the coronavirus vaccine to an estimated 300 million Americans, according to the Department of Defense.

This week, the Pentagon confirmed its initial plans to vaccinate key members of the military on the front lines of the war on coronavirus. According to the Associated Press, about 44,000 U.S. service members and veterans are set to receive the forthcoming Pfizer vaccine immediately upon Food and Drug Administration approval, “with health care workers, emergency service personnel and residents of military retirement homes getting top priority.”

AP reports that in addition to 13 bases and military medical centers inside the United States, some U.S. troops selected for the first wave of vaccinations will receive doses in Germany, South Korea and Japan.

Photo of the Day: @AZNationalGuard members built boxes and then filled the boxes with food to be distributed at a local food bank. #InThisTogether https://t.co/93spoFN4Xh pic.twitter.com/TAwsvBcS44

Here at home, American warriors continue to assist with COVID-19 relief efforts. In addition to running test sites and defending nursing homes and hospitals from the disease, our military keeps stepping forward to assist fellow Americans in need, as seen above.

Thank you to our compassionate men and women in uniform for your tireless efforts throughout this nine-month pandemic.

After four long months overseas, the brave U.S. Navy sailors serving aboard the USS Sioux City are finally home for the holidays. 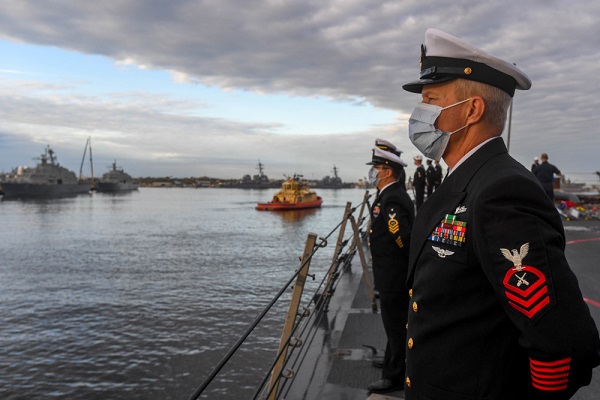 The littoral combat ship USS Sioux City returns to Naval Station Mayport in Florida from its deployment on December 4, 2020.

Thank you for your service and welcome home, heroes! We will continue to pray for all U.S. troops at war and serving on other bases around the world.