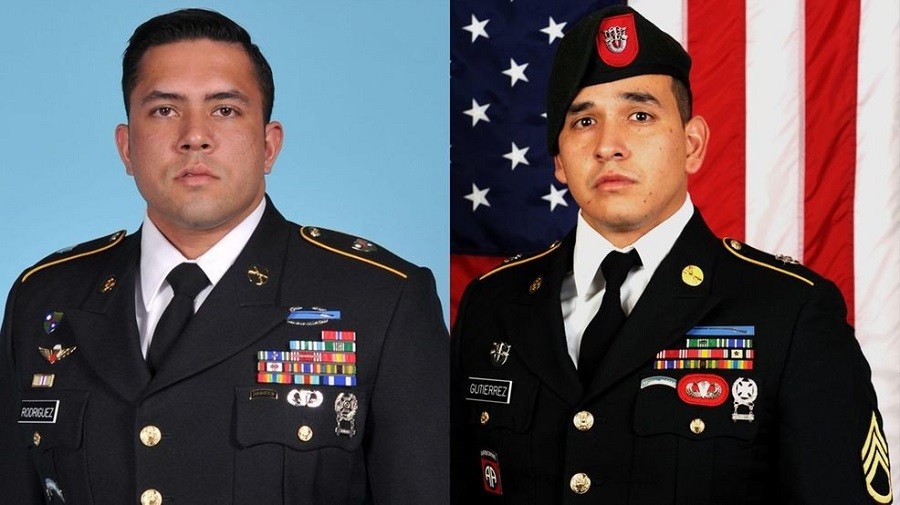 Two U.S. Army Special Forces soldiers were killed in action on Saturday during the ongoing war in Afghanistan.

According to the Pentagon, Sgt. 1st Class Javier Jaguar Gutierrez, 28, of San Antonio, Texas, made the ultimate sacrifice alongside Sgt. 1st Class Antonio Rey Rodriguez, 28, of Las Cruces, New Mexico. The Department of Defense said they died in Afghanistan’s Nangarhar Province “as a result of wounds sustained while engaged in combat operations.”

Six additional Americans were reportedly wounded “when a soldier dressed in an Afghan army uniform opened fire with a machine gun,” according to Stars and Stripes. The so-called “insider attack” is under investigation.

When the flag-draped caskets carrying our country’s two newest fallen heroes returned to American soil late Monday night, they were greeted not only by their grieving families, but President Trump and Vice President Pence. The Commander-in-Chief cut his rally in New Hampshire short last night to be there.

“These are terrible sacrifices for the families,” National Security Advisor Robert O’Brien, who also traveled to Dover, told Stars and Stripes. “And these guys are heroes, they’re real warriors and did a great job for the American people.”

Sgt. 1st Class Gutierrez enlisted in the Army in 2009 before training to become an elite Green Beret. He was married with four children. Please join The Stream in praying for Gabriela Gutierrez and the couple’s precious kids.

Sgt. 1st Class Rodriguez leaves behind his wife, parents, and brother, who also need our prayers. Like his fallen brother, the Army Ranger received a posthumous Bronze Star and Purple Heart after serving in uniform since 2009.

“Sgt. 1st Class Rodriguez was selfless and served honorably; he was certainly among the best in our unit,” U.S. Army Col. John Sannes said in a statement.

The six Americans killed in Afghanistan so far this year were indeed among the very best our country has to offer. As violence continues in a war-torn, faraway land, we must always remember to not only pray for our troops and their families, but to share their inspiring stories of courage.

The number of U.S. troops who suffered traumatic brain injury (TBI) during last month’s missile attacks by Iran on military bases in Iraq has risen to more than 100, according to a Monday report by Reuters.

“The Pentagon, in a statement, confirmed that so far 109 U.S. service members had been diagnosed with mild traumatic brain injury,” Reuters reported. “It added that 76 of them had returned to duty.”

Please keep these wounded service members and their families in your prayers, as well as the more than 100,000 troops and veterans who have suffered TBI during the global war on terrorism. We ask God to give each of these warriors the strength to make fast and full recoveries.

A group of selfless airmen from the North Dakota Air National Guard recently returned to Fargo after a six-month deployment to Southwest Asia. 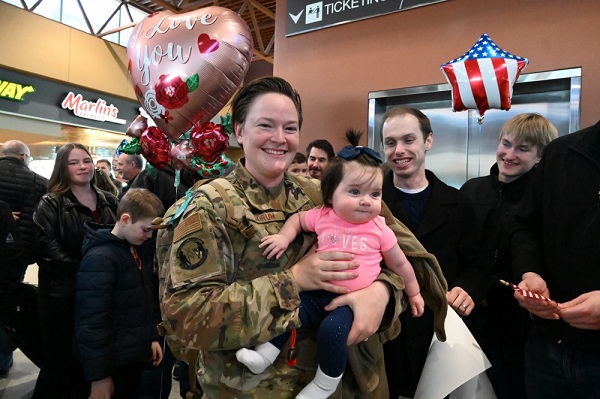 A North Dakota Air National Guard airman is greeted by friends and family as she returns home to Hector International Airport in Fargo, N.D., upon completion of a six-month deployment to southwest Asia on February 5, 2020.

Welcome home, heroes! From the bottom of our hearts, thank you for defending our freedom.