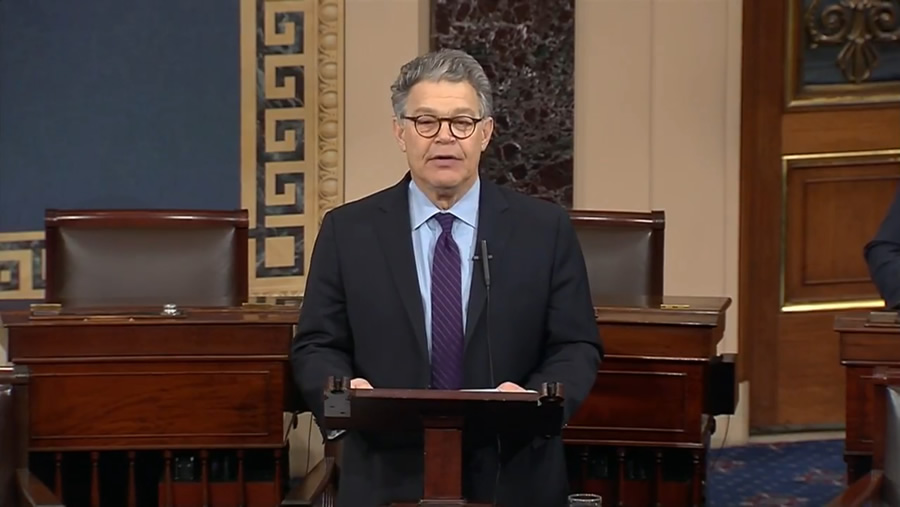 Near the beginning of her book Lady Justice: Women, the Law, and the Battle to Save America, leftist Supreme Court reporter Dahlia Lithwick offers a remarkable paragraph. For it is there that readers can see everything hypocritical, devious and dishonorable about the American left.

In the passage in question, Lithwick describes the feminist lawyer Roberta Kaplan:

Kaplan, the winning lawyer in the pathbreaking 2013 marriage equality case, United States v. Windsor, had devoted twenty-five years to a big-city law practice. Little did she know when she marched in the first Women’s March in January 2017, that within months she’d be in federal court in Virginia, suing Nazis who’d violently invaded Charlottesville and defending female whistleblowers in a series of #MeToo lawsuits. (Kaplan would later resign from Time’s Up over a conflict about work she did for Governor Andrew Cuomo.)

Did you catch that last part? The parenthetical tucked in there quietly so as not to raise too much attention.

Too “Traumatized” to Work

What was the nature of Miss Kaplan’s “conflict” with Time’s Up, the Hollywood #MeToo organization? 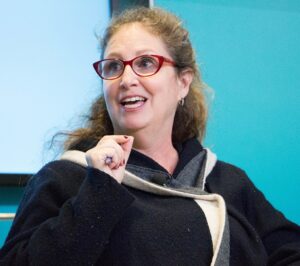 Dahlia is a very delicate flower.

We will get to that very shortly. First, however, a bit about Dahlia Lithwick. In 2018 Lithwick lost her mind over the Brett Kavanaugh confirmation hearing. She was so “traumatized” by the fact that Kavanaugh was not disgraced and rejected, based on a vague story from high school about sexual misconduct, not to mention the wild tales of drugs and gang rapes told by a sociopath who now sits in prison, that she could not return to covering the court.

Writing in Slate — blurgh — Lithwick announced that she was too wounded by the outcome of Kavanaugh’s confirmation to do her job. The piece’s subtitle says it all: “Some things are not worth getting over.”

Lithwick is haunted by memories. Here’s one:

[M]y 15-year-old son texted — he was watching [the Kavanaugh hearings] in school — to ask if I was ‘perfectly safe’ in the Senate chamber. He was afraid for the judge’s mental health and my physical health.

Kavanaugh was “the man shouting about conspiracies and pledging revenge.” Lithwick reiterated her fears recently at a book launch for Lady Justice. “It was beyond just a story,” she said. “There was some sense of menace, and I’m even going to say the word ‘violence.’”

Kavanaugh Was Too Inconsiderate of Reporters’ Feelings

Brett was angry because the left falsely accused him of attempted rape. He should have been more considerate of Dahlia’s feelings. In fact, he should have admitted everything and come out as a transgender lesbian. Now, before getting to Lithwick’s curious parenthetical about Roberta Kaplan (we’re almost there), some full disclosure.

Readers of The Stream know my story well, but for anyone new: I was a central figure in the Kavanaugh story. In the fall of 2018 the political left, traitorous old friends, people I’ve never met, and the media tried to bury Supreme Court nominee Brett Kavanaugh, a high school friend of mine in the 1980s. Using oppo research, extortion threats and even a honey trap, the left opted for the nuclear option. A woman named Christine Blasey Ford accused Brett of sexually assaulting her in 1982 when we were all in high school. That was followed by other accusations, including feverish charges of a drug and gang rape cartel.

I was part of the story that led to Lithwick’s breakdown. I write about the entire thing and the new American Stasi in a forthcoming book.

The Feminist Who Hunts Harassment Victims

So to recap: Dahlia Lithwick was traumatized by the Kavanaugh hearing, of which I was a part. In her new book she writes about this, and in a brief parenthetical aside celebrates crusading feminist lawyer Roberta Kaplan, who had to resign from Time’s Up due to a “conflict.” So who is Roberta Kaplan, and what was her conflict? Let’s check the New York Times:

The fallout from a damaging report that found Gov. Andrew M. Cuomo sexually harassed 11 women widened on Monday when Roberta A. Kaplan, a nationally prominent lawyer with ties to the governor, resigned from Time’s Up, the organization founded by Hollywood women to fight sexual abuse and promote gender equality.

Ms. Kaplan, the chairwoman of Time’s Up and the co-founder of its legal defense fund, was one of several prominent figures whom the report found to be involved in an effort to discredit one of Mr. Cuomo’s alleged victims, and she has continuing legal ties to a former Cuomo aide accused of leading that effort.

The report from the state attorney general’s office found that Ms. Kaplan had reviewed a draft of a disparaging op-ed letter that was aimed at attacking the character of Lindsey Boylan, a former Cuomo aide who was the first to publicly accuse him of sexual harassment.

The op-ed letter was never published. It was part of a broader effort in which Mr. Cuomo and his aides sought counsel from former administration officials including Alphonso David, the president of the Human Rights Campaign, the largest L.G.B.T.Q. political lobbying organization in the country; Tina Tchen, the chief executive of Time’s Up; and the governor’s brother, Chris Cuomo, an anchor on CNN.

So Dahlia Lithwick was shaken so badly that she couldn’t return to work by the Kavanaugh hearing, a hearing which produced not the slightest evidence that Brett had ever even met Christine Blasey Ford. She in fact still agonizes about it in (erroneous) detail to this day. Yet in Lady Justice Lithwick is valorizing Roberta Kaplan, who according to the New York Times an official report “found to be involved in an effort to discredit one of Mr. [Andrew] Cuomo’s alleged victims.”

There’s more. As part of her promotional tour, Lithwick did an extended interview with her old friend … Al Franken. Franken, a former Saturday Night Live writer and personality, resigned from the Senate in 2017 among accusations of sexual misconduct. There were eight accusations in total, including Leeann Tweeden, a radio news anchor, who says Franken groped and forcibly kissed her during a USO tour in 2006, before the former comedian was a senator. Tweeded says Franken “aggressively stuck his tongue in my mouth” when the pair rehearsed a skit that featured a kiss. A photo emerged showing Franken looking at a camera while pretending to grab Tweeden’s breasts as she was sleeping.

Imagine if such a photo showing me or Brett doing something similar ever came out.

Some Sexual Abuse Is More Equal Than Others

According to Vox, “Franken apologized repeatedly but said he wasn’t sure if he’d done the things he was sorry might have happened. ‘I take thousands and thousands of pictures, sometimes in chaotic and crowded situations,” he said. “I can’t say I haven’t done that. I’m very sorry if these women experienced that.’”

My favorite Al Franken moment of all time occurred not on Saturday Night Live, but in an interview he did in 2021 with Jackie Calmes. Calmes is the Stasi agent who wrote an absurd and error-filled book about the Supreme Court. It included many errors, including using as a source a person who has never laid eyes on me or Brett Kavanaugh.

It was during this interview that Franken revealed his rotten soul and the dangerous totalitarianism that pulses at the heart of our new American Stasi. When considering the amazing 2018 speech Senator Susan Collins gave in defense of Brett and due process, Franken dismissed it as “some convoluted thing where at the end it’s something about ‘the presumption of innocence.’” Then Franken takes the Lord’s name in vain. (The 33.00 minute mark of this video.)

“Some convoluted thing about the presumption of innocence.”

Stop and think about those words.

This is who the people in the media are. This is what they believe. Dahlia Lithwick’s Lady Justice is a Stasi goon with an eye on your high school friends — and a boot on your neck.