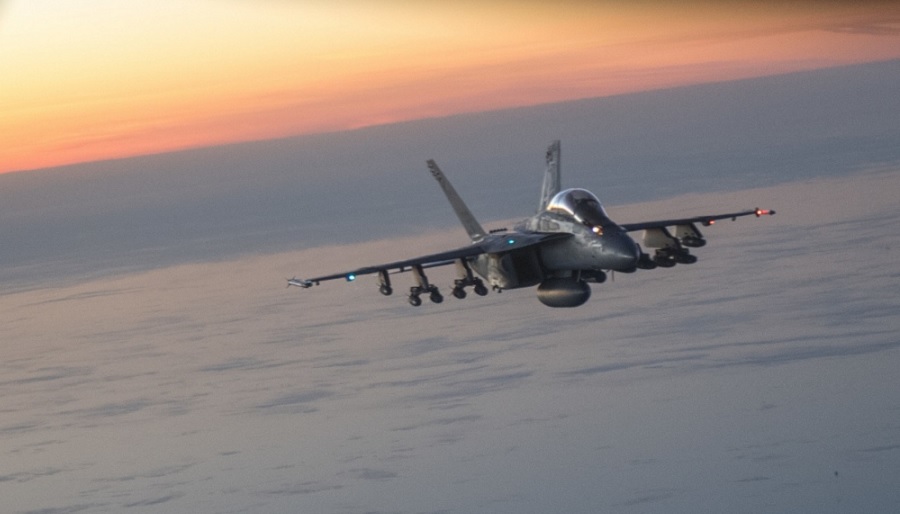 It appeared our prayers for an end to the war in Afghanistan came true last weekend when U.S. and Taliban negotiators signed a peace deal in Qatar. Those hopes took a serious hit when fighting resumed this week.

Just four days after the peace agreement took effect, an American airstrike targeted Taliban fighters who were reportedly attacking Afghan National Army forces on Wednesday in Afghanistan’s Helmand Province, according to the Wall Street Journal and a U.S. military spokesman.

The US conducted an airstrike on March 4 against Taliban fighters in Nahr-e Saraj, Helmand, who were actively attacking an #ANDSF checkpoint. This was a defensive strike to disrupt the attack. This was our 1st strike against the Taliban in 11 days.

“However, the U.S. military accused the Taliban of ‘squandering’ its chance to end the war by stepping up its attacks against Afghan security forces after the deal was signed in Qatar,” the Wall Street Journal reported. “The Taliban previously had agreed to a seven-day reduction in violence as a show of good faith before the deal was signed.”

The Pentagon and Trump administration are now in a difficult spot, as the signed peace agreement said 4,000 U.S. troops must begin leaving Afghanistan “in the next week or so,” according to NBC News. While difficult, the decisions these politicians must make are nothing compared to the burdens being shouldered by valiant U.S. troops and military families, whose lives are now in limbo.

Back in August, I wrote that “the idea of talking to the Taliban seems abhorrent.” While the Trump administration’s desire to end America’s longest war was and is noble, this current peace deal ultimately hinges on a gang of terrorists keeping its word. I pray that no U.S. troops pay the price for what could prove to be a major strategic mistake.

A group of U.S. Air Force commandos received 14 medals on Monday for their heroic actions in Afghanistan last spring.

“I would have to reach for examples like Normandy, Iwo Jima or Hamburger Hill to appropriately convey the degree to which the enemy were prepared and ready for our assault,” wrote U.S. Air Force Maj. Jeffrey Wright, as quoted by Military.com.

The AC-130U crew’s support from the air “made all the difference for the guys on the ground” during an April 3, 2019, battle against ISIS in Nangarhar Province, according to the article. Several wounded U.S. troops were able to be safely flown out of the war zone thanks to the air crew’s bold, decisive actions.

Thank you to all 14 of these heroic airmen for your gallantry in combat. We are all grateful for your selfless bravery.

Thousands of brave U.S. troops deployed to the Middle East are still serving and sacrificing in an effort to preserve the hard-fought gains made by coalition forces against ISIS.

This week in Iraq, U.S. Marine Corps Brig. Gen. William Seely attended a training exercise with Kurdish forces in the northern part of the country.

Even in its weakened state, ISIS is still a dangerous, evil terrorist organization. Thank God our military is willing and able to confront these killers thousands of miles from American shores to ensure our safety. We pray for the safe return of our country’s heroes to their families. 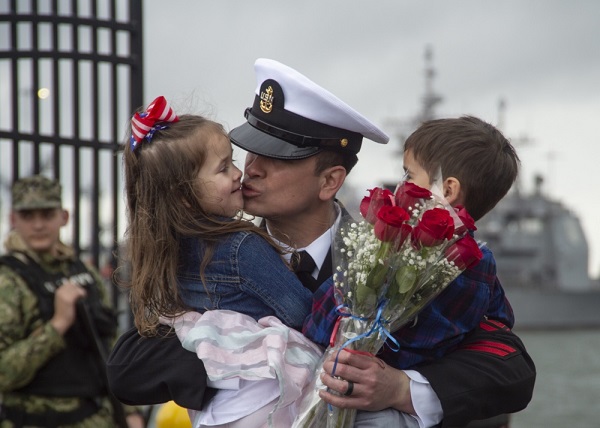 A U.S. Navy sailor assigned to the fast-attack submarine USS Washington kisses his children upon returning from deployment to Naval Station Norfolk on February 11, 2020 in Virginia.