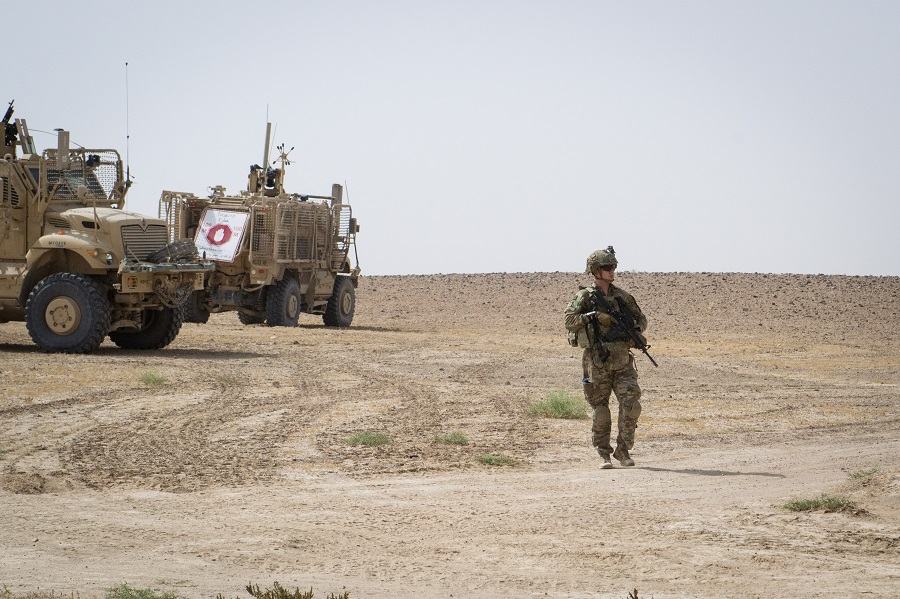 According to a Thursday evening news release by the Pentagon, Master Sgts. Luis DeLeon-Figueroa, 31 and Jose Gonzalez, 35, died “as a result of wounds sustained from small arms fire while engaged in combat operations” in the northern Afghanistan province of Faryab. Master Sgt. DeLeon-Figueroa was from Chicopee, Massachusetts, while Master Sgt. Gonzalez was from La Puente, California.

Both Green Berets were, by definition, the best of the best. The soldiers had long and distinguished military careers.

“It was an honor having them serve within the ranks of (the 7th Special Forces Group),” said U.S. Army Col. John Sannes, as quoted by the Army Times. “They were a part of our family, and will not be forgotten.”

First and foremost, please pray for America’s newest Gold Star families as they search for comfort and peace. We can’t imagine what they’re going through, yet we ask a merciful God to wrap His arms around the loved ones of these fallen warriors at this hour of darkness.

Peace negotiations aimed at ending the almost 18-year war in Afghanistan are expected to continue this weekend in Doha, Qatar. While the idea of talking to the Taliban seems abhorrent, we must nevertheless pray that a ceasefire agreement is reached. Today and every day, please say a special prayer for peace.

A memorial service will be held Monday in Cortez, Colorado, for a brave U.S. Marine who was killed in Iraq earlier this month.

According to his obituary, Gunnery Sgt. Scott Koppenhafer was “a dedicated husband and father who balanced his life as a Marine to that of a family man, with enviable ease.” The fallen hero’s  family “is now grieving the unfathomable loss of their husband, father, son, and brother.” Gunnery Sgt. Koppenhafer leaves behind a wife and two children.

Please continue to pray for the Koppenhafer family, as well as the departed warrior’s friends and fellow Marines. Please also join The Stream in asking God to protect the U.S. service members still fighting ISIS and other terrorist groups in Iraq, the Middle East and around the world.

A group of U.S. Army soldiers have finally returned to Fort Carson in Colorado after serving a nine-month deployment to Afghanistan. A U.S. Army soldier reunites with his family during a homecoming ceremony at the William “Bill” Reed Special Events Center at Fort Carson in Colorado on August 17, 2019.