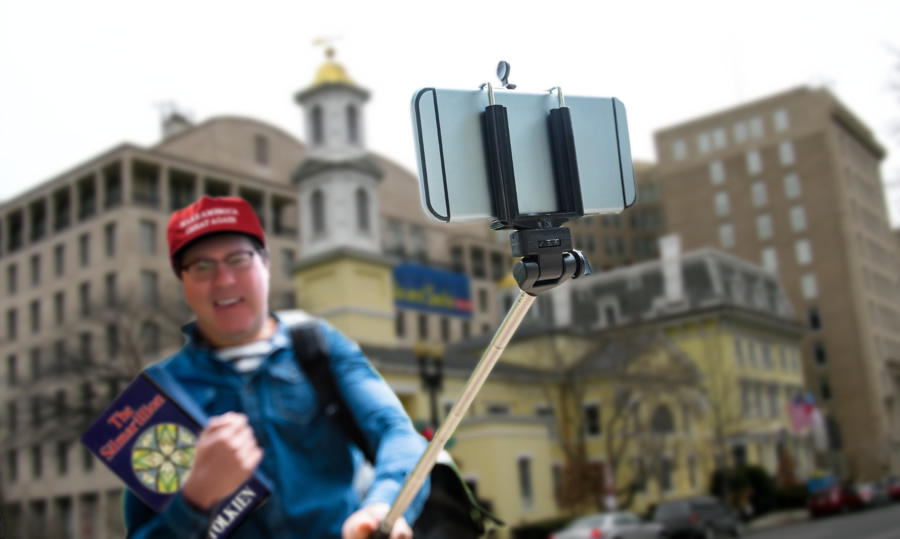 Angry, larcenous mobs organized by radical terrorist groups roam America’s blue cities at will. The same mayors like Bill de Blasio who threatened to seize church and synagogue property six weeks ago, if they violated “social distancing”? Now they won’t use the police to protect the livelihoods and job sites of millions of their citizens. Media that slant every action of President Trump and his allies by reaching for comparisons with Hitler, now spin the march of hooded violent anarchists as “mostly peaceful demonstrations.”

I want to know what exactly people are marching for. Are they demanding that the cop who apparently killed George Floyd be arrested and charged? Done, and done. Albeit done too late, by the Democrat prosecutor in the Democrat city and Democrat state where that tragedy happened. At the hands, by the way, of a cop Amy Klobuchar refused several times to charge for his previous abuses of force.

So what does the Mob want from us? I wrote last week that the Democrats had adopted the “Kidnap Patty Hearst” approach to persuading U.S. voters. But at least the Symbionese Liberation Army issued concrete demands at some point. But they weren’t facing law enforcement that was openly on their side. If they had, poor Patty might still be in their custody, and the SBLA might be running the State of California. Wait a minute… maybe they are.

Seriously, what is America supposed to do to persuade people to stop smashing and grabbing, beating and burning? Eliminate “racism”? Let me stop to blaspheme that false god, “Anti-Racism,” right now. In every country in the world, the majority tends to enjoy some advantages. From China to Zambia, from Pakistan to Papua New Guinea — a certain degree of social inequality is inevitable. It’s part of man’s fallen nature. The only real solution, beyond legal equality, lies in Christian love for each other as images of God. And that’s in short supply these days, I fear.

The toxic heritage of slavery and segregation (also not unique to the United States) we addressed with the Civil Rights Act in 1964. Massive affirmative action programs and anti-discrimination laws micromanage every transaction in America. Middle class neighborhoods get seeded with housing projects, while our refugee programs stuff angry Muslim Somalis into Minnesota and Maine.

That is literally the furthest the government can go, without turning itself into a totalitarian instrument of re-education. Which, of course, is where our universities and schools come in. They now openly vilify not just Western Civilization but “whiteness” itself. Just as German universities once vilified “Jewishness,” also with the excuse of countering Jewish “privilege.”

And our churches? Well, the most prominent ones are selling themselves to the highest bidder. That is, to the most fashionable cause vaunted on CNN, backed by violent mobs, and oiled like Caesar by thousands of tenured, Ivy-covered professors.

Before I analyze recent events surrounding President Trump and D.C. churches, let me dip into history for a minute.

Do you remember when thousands of angry GOP protesters smashed windows in Washington, D.C., led by violent fascist militias? They attacked and tried to torch a historic black church in that city. The next day President Obama decided to visit the afflicted church. But hundreds of angry demonstrators blocked the path, in violation of curfew, so the D.C. Park Police lured them away with lollipops and glasses of lemonade …. .

No, I don’t remember that either.

But thousands of journalists and the church leaders who love them apparently do remember that story. As if they were eyewitnesses. Why else would they denounce President Trump for visiting an historic church attended by dozens of U.S. presidents, which rioters tried to burn down? What other president have they expected to let his movements be dictated by angry protestors breaking the law?

Once again, President Trump is not uniquely bad, just singled out and scapegoated, held to standards that no other president has been. (No bishops complained when Bill Clinton showed up, post-Monica revelations, literally waving a bible outside the very same church.) Let’s keep the President in our prayers. Which of us could stand this?

Same church. Two different presidents. One considered acceptable, the other, “photo opp”. The one on the left to show solidarity with the church that had been set on fire the night before. The one on the right was to deflect from having an affair. Interesting, isn’t it. ?  pic.twitter.com/TDLOB3hkxu

I won’t spend time addressing the ungracious reaction of the Bishop of the Episcopal Church which owns St. John’s, to the president’s visit. Because … who really cares? That church made itself an empty rainbow shell decades ago. Its one job now? To preserve exquisite, empty historic buildings like St. John’s. Maybe it should hire some security guards.

The American Catholic establishment went insane: The gay media Jesuits whom TV networks fatten in gilded cages, and the professional “Catholic left,” which boosts America’s manufacturing base by assembling, day-in and out, excuses for Catholics to vote for pro-abortion Democrats.

Instead let me speak of my own Church, which is racing down the same slippery Gadarene slope as fast as it can. This week, President Trump made a long-planned visit to the St. John Paul II Shrine in Washington, D.C. to address religious freedom. His special focus? The persecution of Christians abroad, in nations like Pakistan, China, and Nigeria, where they face Islamist or Communist violence. The pope for whom the center’s named was a pioneer for religious freedom. His voice was one of the loudest at Vatican II, calling for the Church to embrace religious freedom for all.

President Trump, doing his job, carrying out his official duties and serving a cause he believes in, went to the Center along with the First Lady Melania, and prayed.

And the American Catholic establishment went insane. Not just the gay media Jesuits whom TV networks fatten in gilded cages. Nor even the professional “Catholic left,” which boosts America’s manufacturing base by assembling, day-in and out, excuses for Catholics to vote for pro-abortion Democrats. No, I mean the official leader of the Catholic Church in America, Washington Archbishop Wilton Gregory. He wrote a stinging letter rebuking the John Paul II Shrine for letting the president visit. His language beggars belief, especially compared to Gregory’s crickets-ridden silence on Democrats’ support for infanticide. Gregory’s statement includes the media lie about the use of “tear gas” by Park Police:

.@WashArchbishop Gregory has released a statement on the president’s visit to the Saint John Paul II National Shrine.https://t.co/46g9Ac8Wy5 pic.twitter.com/d1wERIoLVp

Here’s what you need to know about Wilton Gregory. He was the protégé of his predecessor as Washington Archbishop, the child-molester Theodore McCarrick. Gregory colluded with McCarrick in 2002 in altering the plan to protect Catholic kids from pervert priests — to exempt bishops from penalties. (Not just for molestation, but for shuffling and hiding pedophiles, as many continued to do for decades.) As I put things light-heartedly on Twitter:

When they wrapped up the 2002 Synod on abuse with Bishop Gregory playing piano as McCarrick was draped across the white grand piano, crooning “The St. James Infirmary Blues” in a Marlene Dietrich accent, that should have tipped us off.

Another of Gregory’s long-time allies was his immediate predecessor, former Washington archbishop Donald Wuerl. Gregory got the job after Wuerl had to resign, when media exposed his rampant cover-ups of child sex abuse by priests. The worst case Wuerl had to answer for is the one I reported on already at The Stream, that of “Fr. George Zirwas, a priest who made sadistic child pornography on church grounds.” Wuerl never reported Zirwas to police, gave him a lifetime pension, and when he died, a hero’s funeral.

These are the kinds of men who presume to judge our president unfit to set foot on holy ground.

But there’s more to know about Gregory. Let this exotic bird stretch his wings and show us his plumage. According to the investigative site Complicit Clergy:

If God decides to grant us yet another undeserved grace, and the Republicans beat the Symbionese Liberation Army in November, I pray that President Trump remembers these events. He could do more to purify the Catholic Church and save it from the fate of the Episcopal than any man on earth, save Pope Francis.

It would be simple. And just. And (after this ugly attack by Archbishop Gregory) satisfying payback for Trump.

The U.S. Conference of Catholic Bishops, which has overseen the interstate shuffling of abusive priests, also runs an empire of lucrative non-profits. Forty percent of its income is money it makes from federal contracts, mainly serving groups like immigrants. If the U.S. Dept. of Justice launched a RICO investigation of the USCCB for its countless crimes against kids, that would help keep children safer. It would also make the USCCB ineligible to bid on federal contracts.

That one step alone would bankrupt the anti-American, anti-Christian “Catholic” left. The thousands of hirelings, failed priests, embittered ex-nuns, and gay underachievers employed by Catholic Charities and similar groups—the people keening today about how Trump profaned the John Paul II Shrine? They would have to find real jobs.

It would do them good. And bishops like Gregory might have to start listening to lay members, whose financial support would suddenly prove critical.

Make a Pilgrimage to St. John’s

What can you do to help? In the name of all that is decent in America, I implore you: Go visit Washington, D.C. (once it’s safe). Find St. John’s Episcopal Church, and take a MAGA-hat selfie, holding a book that’s sacred to you. (As you can see from this story’s feature image mock up, I chose The Silmarillion.) Then post it and tag the Episcopal Bishop. It’s the right thing to do.