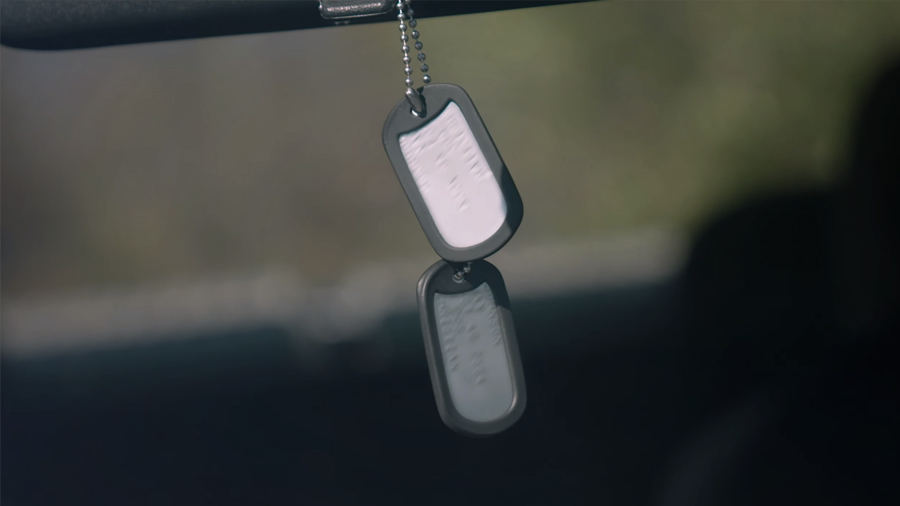 And a very special one for The Stream.

Today, our brothers and sisters at LIFE Today have released a powerful music video for a new song from Curtis & Stokes called “Live.” The video has one purpose: to reach those struggling with thoughts of suicide, particularly our veterans on this Veterans Day. Our Nancy Flory has the full, amazing, inspired story behind the song and video.

Please watch this amazing video and share, share, share far and wide. We need your help to win this war within. Together, we will save lives. We will convince someone somewhere, “Don’t Die for a Lie.”

Kyle Rittenhouse Collapses in Tears When Trying to Describe Shootings

Yesterday, after the prosecution rested (after proving the defense’s case), Kyle took the stand in his own defense. When trying to describe the traumatic events, the boy was overcome to the point the trial had to be halted.

Watch this, and tell me if you see a “domestic terrorist,” as the MSM and political hacks — including those in the White House — insisted this boy was.

Kyle Rittenhouse trial: Rittenhouse breaks down in tears as he takes the stand to testify. Judge announces courtroom will take a break. pic.twitter.com/b4wxeYeMRM

We can’t stop weeping either.

While on the topic of politically-motivated persecutions, prosecutors of January 6’s so called “QAnon Shaman” want to give the Viking-helmet wearing eccentric four years, three months in prison.

For what? Violence against law enforcement? No. Destroying public property? No. The worst the indictment says about him is that “Chansley repeatedly ignored the directions of law enforcement.” In fact, unlike Kamala’s antifa/BLM pals, he was insisting the folks with him not be violent or destructive.

How about Insurrection? (After all, he’s the “public face” of what the government and their media cronies have been calling an “Insurrection” for 10 months.) No. Of course not.

They want Jacob Chansley in the slammer for 51 months simply for being that public face. For having “stalked the hallowed halls.” For having lack of remorse. For words.

Literally. For “screaming obscenities about our nation’s lawmakers.” (About. Not even at lawmakers. Sen. Krysten Sinema got harsher treatment trying to go to the bathroom.) “Gloating to NBC News.” Gloating’s a crime now? (How about that antifa guy who was gloating “We did it!” to a CNN stringer right after helping instigate the killing of Ashli Babbitt?)

They want him imprisoned for words. Words!

If, QAnon Shaman, you had burned down a police station or try blinding federal agents at a courthouse, not only would you have escaped the slammer, the Vice President of the United States herself will have post your bail if busted. One favor. Just make sure you don’t poke anyone with those horns, as you laugh hysterically at the double standard for justice in this country.

Private jet-setting Climate Czar John Kerry declared that the United States “won’t have coal” by 2030. I know what you’re thinking, “But what are we going to put in bad kids’ Christmas stockings?”

How about useless Solyndra stocks from the last time the Democrats tried to destroy the fossil fuel industry and pay off their green pals?

Specifically Kerry said at the climate conference with the massive carbon footprint, “By 2030 in the United States, we won’t have coal. We will not have coal plants.” We are currently fact-checking whether West Virginia is the one state Kerry does not own a mansion.

Coal, incidentally, is responsible for 25% of all energy production in the U.S. As a matter of technology, there’s no way to replace a quarter of the nation’s energy by 2030. Even if we hooked up generators to the natural gas emitting from Kerry’s boss.

Update: White House Now Saying It Has No Plans to Shut Down Line 5 Pipeline, Is Negotiating With Canada

Last week, the White House admitted the Army Corp of Engineers was looking into the possibility of shutting down Line 5, a pipeline that brings about 500,000 barrels of crude a day into the U.S. from Canada. Michigan’s Gov. Gretchen Whitmer ordered the pipeline shut down last year. On Wednesday, the White House Deputy Press Secretary Karine Jean-Pierre said the U.S. is in negotiations with Canada, but shutting the pipeline is “something that we’re not going to do.”

Well, at least when nobody’s looking.

Eleven Senate Democrats are calling on Biden to come up with a plan to deal with soaring U.S. gas prices. Eleven liberal Democrats, including former presidential candidate Elizabeth Warren.

Good luck with that. Biden has nominated for a top Treasury post a woman hellbent on destroying oil and gas companies. In newly uncovered video, Saule Omarov declares she wants to “starve” companies that invest in oil and gas in order to fight climate change. She wants to create a National Investment Authority … yes, she’s as much a committed communist as that sounds … that will push investments away from fossil fuel industries and into green projects. She says, “the way we basically get rid of these carbon financiers is we starve them of their sources of capital.”

A new Navy ship named after slain gay rights leader Harvey Milk was christened over the weekend with the help of a transgender Navy veteran. Said current Secretary of the Navy Carlos Del Toro, “There’s no doubt that the future Sailors about this ship will be inspired by Milk’s life and legacy.”

In 1955, when Milk was discharged there were around 700,000 other sailors in the U.S. Navy. Even if you want to honor veterans who were kicked out simply for being gay, the Navy couldn’t find some hero who didn’t prey on boys?

Regardless of its namesake, the USNS Harvey Milk has joined the fleet. And as the saying goes, “May God bless the ship and all who sail in her.”

Honoring Our Vets Along The Stream

Scott Powell of the Discovery Institute has penned a beautiful tribute to the history and meaning of Veterans Day. It’s called “Veterans Day — A Celebration of the Grates Love Makes It an Unassailable Holiday”

And finally, a salute to the late USAF Chief Master Sergeant, charter member of the USAF Band, World War II veteran and one of the Army’s (and later USAF’s) original “Singing Sergeants,” Al Perrotta, Sr.

Thank you for your service. For believing music was an “ambassador” to the nations. For your inspiration. I love you and miss you dearly every day. 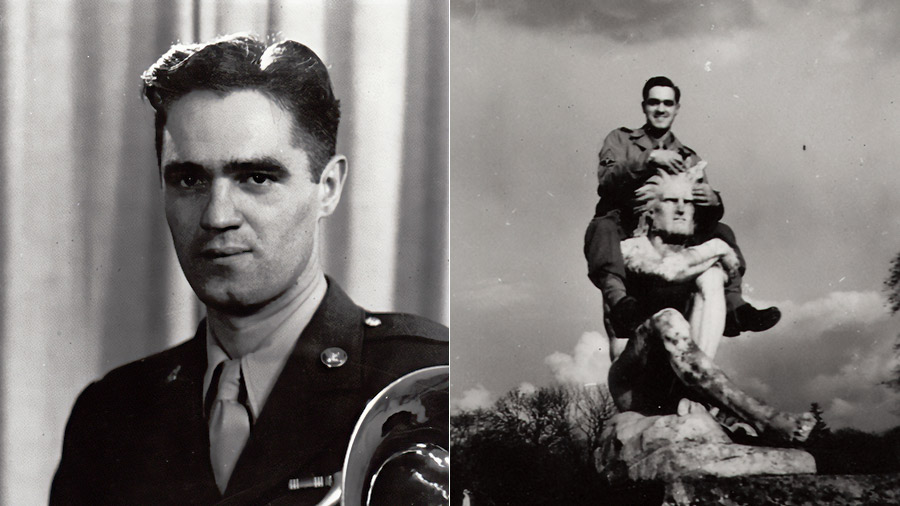