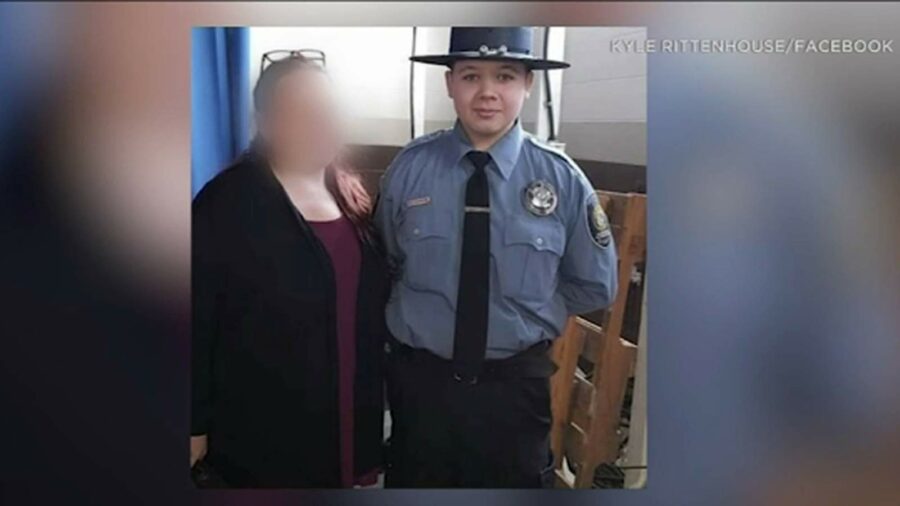 Watching the Kyle Rittenhouse trial ought to be enthralling and satisfying. We observe as day after day, the prosecution’s phony, trumped-up charges collapse under their own weight. Most recently, the Antifa thug whom Kyle merely wounded testified for the prosecution.

Under questioning, in the light of clear video evidence, he was forced to admit, essentially, “Yeah, I was chasing Rittenhouse, not the other way around.” And “Yeah, he didn’t menace me with a gun, until I pointed one at him, then lunged at him down on the ground trying to grab his rifle.” Only at that point, after hearing shots fired behind his back, crouching on the ground, Kyle Rittenhouse fired in what was obvious self-defense.

Here’s video of Kyle struggling as he recalls the moment when he was forced to defend himself:

Kyle Rittenhouse trial: Rittenhouse breaks down in tears as he takes the stand to testify. Judge announces courtroom will take a break. pic.twitter.com/b4wxeYeMRM

I fully expect Rittenhouse to be acquitted on all homicide charges. I hope that he’s acquitted as well on the firearms charges the prosecutors threw in. Rittenhouse didn’t carry a gun across state lines — that was a media-planted lie. He was loaned a gun by a fellow volunteer when Antifa members started chanting that they would kill people. Kyle was a skilled, experienced gun-user, who discharged his borrowed weapon responsibly and only as the last possible resort. If that is punishable by prison, what’s the point in letting people even carry guns in America?

I say that I can’t take full pleasure in the Rittenhouse trial. That’s because it serves as such a stark contrast to the fates of other Americans. Jake Gardner, for instance, who was hounded to suicide by a politicized mob and abusive prosecution, for an even more clear-cut act of self-defense in Omaha, Nebraska. (Gardner was defending his own business and his elderly father with a legal gun against a violent felon who’d put Gardner in a sleeper hold.)

Violent mobs who gathered for more than a month outside the prosecutor’s home eventually intimidated him into re-opening charges, with a special prosecutor linked to George Soros. The Democrat State Senator who gloated about Gardner’s death still sits in the Nebraska legislature, making laws.

Even more my heart aches for the dozens of innocent Americans still held without charge, or bail, or access to evidence, for the January 6 protest, in our GITMO on the Potomac. They are being held in abusive conditions, often in solitary confinement, to pressure them into cutting lousy deals. Those deals have included political “rehabilitation,” statements renouncing support for Donald Trump, and other Soviet-era outrages of U.S. law. Will any of them get a fair trial like Kyle is getting? I fear that they won’t. If you haven’t signed up for Fox Nation to watch Tucker Carlson’s three-part series exposing this injustice, you really should. God bless Mr. Carlson for making it.

Was Kyle Rittenhouse Wrong? Crazy? Reckless? Or a Patriot?

What I want to address is a deeper question than Kyle Rittenhouse’s legal guilt or innocence. Was what he was doing when Antifa attacked him right? Should other Americans do the same?

David “Vichy” French doesn’t think so. As he sniffed on Twitter:

You can believe two things at once–that Rittenhouse had absolutely no business being there and that the evidence says that one or more of the shootings were in self-defense. Grosskreutz did indeed seriously bolster the defense case. We’ll see what the jury says. https://t.co/vxRSCHA2zV

Let’s assume that French is sincere, and isn’t just flat-out working for the Deep State at the moment, perhaps as an FBI spokesman. Let’s try to imagine what (on that hypothetical) he might mean. Was Rittenhouse too young? Maybe so, but Nathan Hale was the same age when he gave “but one life” for his country. Was it wrong for Rittenhouse to drive a few miles to a neighboring city and try to help keep order in the streets? Police, ordered by corrupt local officials to stand down, weren’t doing so. Why shouldn’t volunteers step forward in such a case?

Maybe because they’ll get railroaded, as Jake Gardner was. But that’s not a moral argument, just a counsel of despair. Yes, blue states are practicing Anarcho-Tyranny, on the Nazi brownshirt model. That is, let the political mobs you support run wild in the streets, but use the full force of law to persecute anybody who fights back.

Pro-Nazi mayors and police chiefs used Anarcho-Tyranny to let the brownshirts own Germany’s streets. The threat of a brownshirt revolution in 1932 drove frightened conservatives to welcome Hitler to power. Antifa, which has existed since the 1920s, has stolen the playbook of its old rivals for power.

Why doesn’t an American citizen “have any place” resisting violent rioters on the streets of his own country? If the police are ordered to stand down, is it somehow our duty to surrender to the rioters, to let them own the streets?

Tens of Thousands of Rittenhouses, from Sea to Shining Sea

In fact, what should have happened during the George Floyd riots, in every city in America, was tens of thousands of Kyle Rittenhouses stepping forward, to defend public order and private property. And that’s what the left is terrified might happen, which is why it was so desperate to make an example of Rittenhouse, Gardner, and the McCloskeys in St. Louis. And that’s why — beyond the obvious merits of his case — Rittenhouse must be vindicated and Jake Gardner must be remembered. And imitated.

If the left is willing and able to flood the streets with violent young men, and order the police to let them run riot, we must be equally ready to counter their violent force. We must have attorneys ready and waiting to defend our people, as the left defends its own. If we don’t, they own the streets. And the 20th century tells us that’s a surefire path to power. We see from the fate of the January 6 defendants how the left is willing to use power.

Jake Gardner’s body lies a-mouldering in the grave. His soul is marching on.