This Veterans Day is the first since 2000 with no U.S. troops on the ground in Afghanistan. 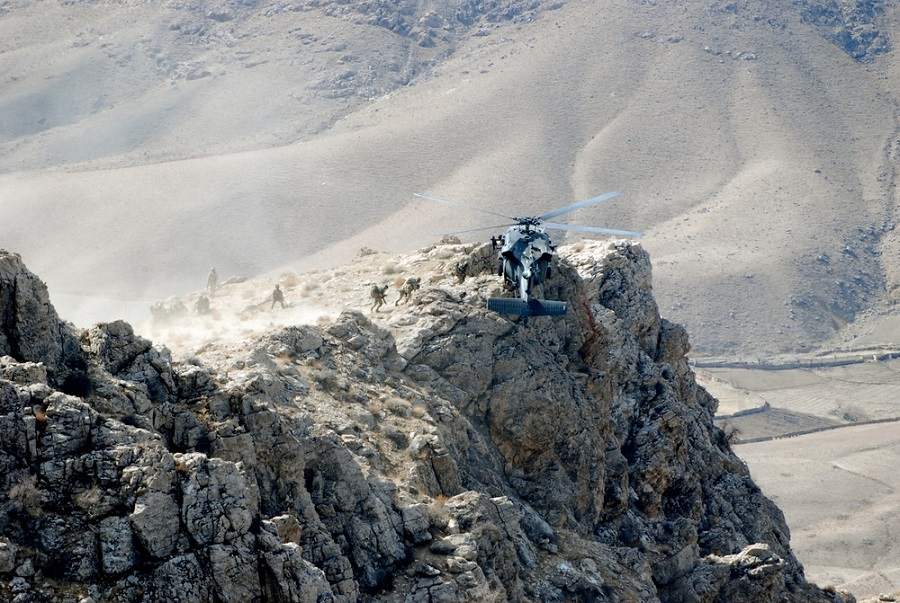 U.S. Special Forces are extracted from a mountain pinnacle in Zabul Province, Afghanistan, by a U.S. Army UH-60 Black Hawk helicopter on January 27, 2010.

Veterans Day is always meaningful and special. For some veterans of America’s longest war, however, 2021’s holiday might be even more significant.

For the first Veterans Day since November 11, 2000, no U.S. troops are on the ground in Afghanistan. More than 2,400 American troops died during the war, with over 20,000 injured and more suffering invisible wounds. About 800,000 total U.S. service members deployed to Afghanistan during the conflict, according to statistics compiled by the BBC.

One of those American warriors is Rob Sarver, who served two combat deployments to Afghanistan during his nine-year U.S. Navy career. I met Rob while doing research for my first book, Brothers Forever, which I co-wrote with retired U.S. Marine Col. Tom Manion. Rob and I reconnected shortly after the chaotic U.S. withdrawal from Afghanistan.

I recently asked the retired U.S. Navy SEAL what Veterans Day means to him.

“As Veterans Day evolved from Armistice Day – proclaimed in 1919 by President Woodrow Wilson – it continues to endure as a day of remembrance to honor the service and sacrifice of our nation’s heroes, both living and deceased,” Rob wrote. “For me personally, I am thankful for those who served before me, my family included, whose sacrifices were greater than mine. I am honored to have carried forward their sacrifice during my service to further the mission. It is important to remember it does not matter what branch of the military you served, rank you achieved, or Military Occupational Specialty (MOS) you fulfilled.

“We all served, and are serving, in the service of each other to honor those before us and support each other to accomplish the mission: to defend the Constitution,” Rob continued. “C.S. Lewis said it best, ‘there are far, far better things ahead than any we leave behind.’ For this to be true, and for the greatest times of our lives to be before us, we need men and women to shoulder the weight and to stand ready to go into harm’s way to defend the Constitution.”

Rob’s words carry weight as a Navy SEAL who spent countless days carrying out dangerous missions in faraway lands. He knows what it means to serve and sacrifice, especially after losing numerous colleagues and friends during America’s post-9/11 conflicts.

One of Rob’s closest friends was U.S. Navy LT (SEAL) Brendan Looney, with whom he attended the U.S. Naval Academy and Basic Underwater Demolition/SEAL (BUD/S) training. Brendan and Rob also served together twice in Iraq.

On September 21, 2010, Rob was on yet another combat deployment to Iraq when he was called into someone’s office. The news couldn’t have been worse.

The U.S. Navy executive officer told Rob that his close friend, Brendan, was among nine U.S. Navy SEALs and U.S. Army soldiers killed in a helicopter crash in Afghanistan’s Zabul Province. Before he could process the tragedy that had just transpired, Rob was flying home from Iraq to attend Brendan’s funeral, where he would comfort the loved ones of his fallen brother in arms. Brendan was just 29 years old when he made the ultimate sacrifice in Afghanistan. 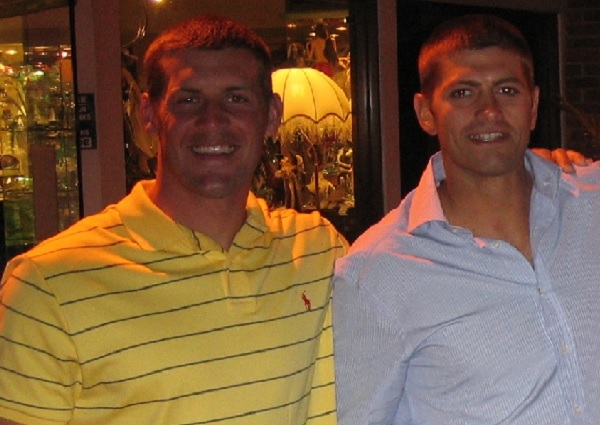 For most civilians, it’s hard to imagine losing one of your best friends at such a young age. For many of our nation’s warfighters, though, it was (and is) a painful reality. Coping with loss, especially after leaving the military, is an extraordinary daily challenge faced by Rob since he retired from the Navy in 2013.

“Leaving the military, especially the brotherhood, was one of the hardest decisions I ever made. I left behind a family and had no foresight into the loss of identity I would feel,” he wrote. “I tried to fill this void with achievements: the birth of my son and completing graduate school, for example. Yet, equally matched in these achievements are great failures and personal loss: bouncing from job to job, searching for a new purpose, and continuing to lose friends in combat and training, to name a few. It has taken years to ‘normalize’ and adapt to a new normal and find a renewed purpose in life.”

Millions of combat veterans experience emotions similar to Rob’s. Tragically, some are unable to overcome crushing grief, post-traumatic stress and struggles with the transition to civilian life. As The Stream‘s Nancy Flory reminds us in introducing the powerful new music video “Live”, more than 30,000 active duty service members and veterans have taken their own lives since September 11, 2001. After two decades of war, there should be no greater national priority than getting veterans and service members the help they need.

Losing Brendan and other friends to the horrors of combat and training accidents has only strengthened Rob’s resolve to impart the wisdom he gained as a Navy SEAL to a new generation of veterans.

“Of course, we all have hardships we wish we could change to lessen the pain felt and change the outcome for the better,” Rob wrote. “But, it is those transitions that strengthen us and allow personal growth.

“I cannot recreate the camaraderie and bonds I felt in the military; I have tried,” he continued. “Though, I can reflect on the amazing men and women I worked with, draw from those experiences and transitions, and teach others what I have learned to help them grow personally.”

Thank you to all of our nation’s extraordinary veterans, including Rob Sarver and his brothers and sisters in arms who fought so valiantly in Afghanistan, Iraq, Syria and elsewhere. Veterans Day is about making sure you know how grateful we are for your service, sacrifice and selfless desire to help others.