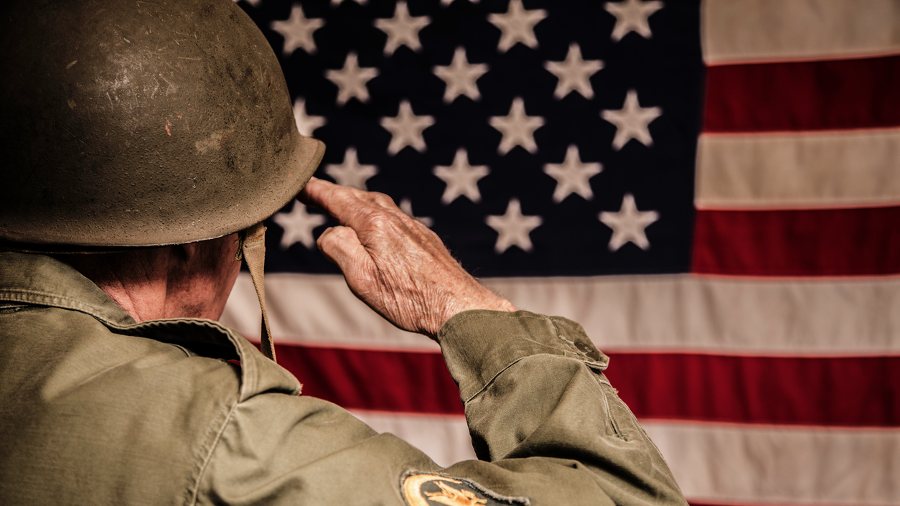 America is passing through a time of unprecedented challenges where division has been heightened to a level not seen since the Civil War. The founders of the country and heroic figures from Christopher Columbus to Thomas Jefferson and George Washington have come under attack, resulting in diminution of many of our traditional holidays. Thus, Veterans Day, which was originally founded around the virtue of the cessation of hostilities in World War I rather than to commemorate any individual, should be a holiday beyond reproach.

Veterans Day had its origin at the end of World War I in 1918, a conflict that was at that time so horrendous that it was dubbed “the Great War” or “the war to end all wars,” with the United States playing the decisive role in the final victory of the Allied Powers.

It was first known as Armistice Day, celebrated on November 11 because that was the day agreed upon by the Allied nations and Germany to begin a total cessation of hostilities. It went into effect on the 11th hour of the 11th day of the 11th month in 1918, after some 20 million people from both sides had given their lives in the war effort.

For many years thereafter, Armistice Day was just recognized on a state level. Twenty years later, when the winds of an even greater war were blowing toward what would be known as World War II — with Germany having annexed Austria and making clear preparations to take over Czechoslovakia — the U.S. Congress passed the act to establish Armistice Day as a legal federal holiday on May 13, 1938. Ironically, it was said at that very time to be “a day to be dedicated to the cause of world peace.”

Honoring American Veterans of All Wars

As it painfully turned out, World War II was almost four times more costly for the U.S. than World War I — with 405,400 lives lost as compared to the First World War, in which 116,516 Americans died. Needless to say, the supposition of the 1918 Armistice was completely undone, and eventually, after World War II and the Korean War, veterans service organizations lobbied Congress to amend the 1938 Act by striking out the word “Armistice” and replacing it with the word “Veterans.”

President Eisenhower was supportive and signed off on the name change on June 1, 1954, making Veterans Day a federal holiday to be established on November 11 “to honor American veterans of all wars.”

Surely many Americans who enlisted to serve in wartime knew neither the forsaken places they were going nor what they would encounter, but they all had a distinct conviction that they were fighting not only to set overseas captives free but to protect freedom at home.

As the holiday evolved, Veterans Day became one of America’s most patriotic holidays, with a profuse display of the red, white, and blue and Main Street parades of veterans in towns across the country. Every American felt gratitude for veterans for they had been willing to make the ultimate sacrifice — to fight to their deaths — in the defense of freedom for the homeland and other countries.

In addition, military service inculcated veterans with lasting patriotic attitudes that prompted them to stay engaged in political participation later in life. Not surprisingly, the number of veterans who turn out to vote has been consistently higher than non-veterans by 16-30%.

As Time Has Moved On …

There are a number of reasons why America has become so divided. In part it is due to an increased disconnection of citizens from their heritage. And it’s also likely related to the decline in the number of elected members of Congress who have sacrificed and served their county in the armed forces. In 1967 and in 1975 respectively 75% of House members and 81% of U.S. Senators were veterans. Today less than 20% of lawmakers in both houses have had any prior military experience.

In spite of these developments, the political importance of veterans has actually made significant advancement. In March of 1989, President Reagan elevated the Veterans Administration (VA) to a cabinet-level department with the creation of the Secretary of Veterans Affairs.

President Trump did even more to help rank-and-file veterans, spending considerable time thanking and honoring veterans at public events and political rallies, but more importantly, delivering on a campaign promise to implement real reform of the VA healthcare system — providing new options to ensure more timely and higher levels of healthcare delivery to Veterans. The VA Mission Act was a landmark bill that when signed into law in June of 2018 expanded private healthcare options for veterans for the first time, providing them with prompt access to the best medical care available, whether at the VA or at a private provider.

The U.S. has always stood for freedom and against aggression and tyranny. Surely many Americans who enlisted to serve in wartime knew neither the forsaken places they were going nor what they would encounter, but they all had a distinct conviction that they were fighting not only to set overseas captives free but to protect freedom at home.

Of all foreign wars in which Americans were engaged, World War II is by far the largest, with over 16 million soldiers serving or deployed overseas. Today, less than 1.5% of those veterans remain alive as the remnants of the “Greatest Generation.” When we think about these veterans this November 11th, who are likely to pass away of old age in a matter of four or five more years, Christ’s teaching that “greater love hath no man than this, that a man lay down his life for his friends” takes on new meaning.

Scott Powell is senior fellow at Discovery Institute. This article is a vignette out of his acclaimed book, Rediscovering America, now available for order on Amazon. Reach him at [email protected]

In the Midst of Revolution, What Difference Can We Make?