The Democratic House Proves: It Really Is All About Abortion 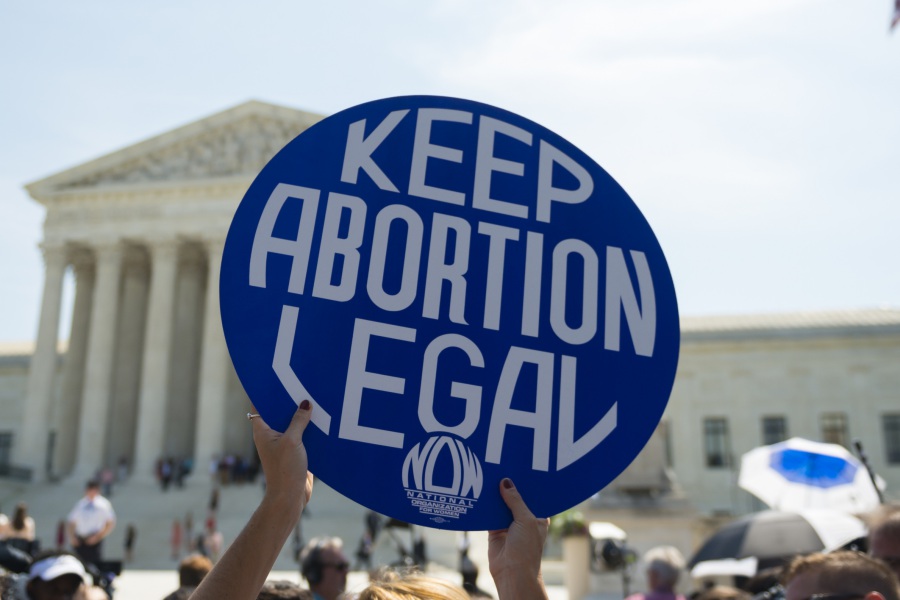 I’m not one of those guys who reacts to every issue under the sun by saying, “Oh, yeah? Well what about abortion, huh? What About That?” I run the Family Institute of Connecticut, and we deal with a lot more issues than just abortion.

Even our political allies don’t get that. As Matthew Walther wrote here: “Abortion will always be the most divisive issue in conservative circles — not because there is any serious disagreement (at least in public) about whether it is a bad thing but because of the relative importance assigned to it by various factions.”

I scandalized a high ranking Connecticut GOP official recently when I told him I would vote for a pro-life Democrat over a pro-abortion Republican. If abortion is the defining issue, the crucial issue that determines what sort of nation we will be, it definitely trumps party loyalty. It also trumps lesser issues, like taxes, immigration, critical race theory.

Because if we get abortion wrong, we’ll eventually get those others wrong too. And even if we get them right, we’ll get them right for a country that kills its children.

The pushback I get from the left usually comes from people my own age. They feed me warmed over pro-abortion talking points from thirty years ago. For them, the mask is still on. Or, perhaps, the blinders.

They don’t get it. They don’t get what I wrote about in “Pro-Abortionists: Now More Honest, But More Horrible Too”: Many people want abortion because they need abortion to live the lives they want to lead.

The Mask is Off

The mask is off. Completely. On Friday, every Democrat in the U.S. House, except one, voted to codify the “right” to kill preborn children through all nine months in all 50 states. The sole dissenter was Texas’s Henry Cuellar. And every organ of the left cheered them on.

That includes Connecticut’s entire congressional delegation. Larson, Courtney, DeLauro, Himes and Hayes. My own state’s congressmen all voted for it. The first three, sadly, are Catholic. Our two senators, Richard Blumenthal and Chris Murphy, will vote for it if it gets to the Senate.

All that talk circa-1990 about being pro-choice rather than pro-abortion, that we don’t know if it’s a life, that abortion is a tragic necessity, that no one wants an abortion, that it should be safe, legal, and rare, etc … all a lie. All a sham.

Some people were sincere. Foolish, but sincere. But a lot of pro-abortionists weren’t. They knew it was a life, that abortion isn’t a necessity, that many people did want abortions, and that if they got their way it would never be rare.

The purpose of all that talk was to soften up public opinion till abortion became a normal and necessary part of life. To get people used to it and dependent on it. To make reversing Roe v. Wade very difficult and not very effective if it was reversed. They didn’t mean what they said. They knew they didn’t mean it.

The result? We’ve had legal abortion for almost fifty years. We’ve had it until our national soul coarsened, became colder, more cruel. Until America could be more openly Satanic. Until the rise of the “abortion-shouters.”

Middle-aged pro-abortion folks still hanging on to the 1990-era talking points get to have their cake and eat it too. “Oh, heavens, there are people on my side who ‘shout’ their abortions? I was unaware. But it’s still a tragic necessity.”

But you helped get us here. Once you bought into the polite excuses for genocide, this was where we were bound to end up.

And the journey isn’t over. We have not yet hit bottom. The decent continues. “The fruit of abortion is nuclear war,” warned Mother Teresa. My sense is that we are closer to the fruition of her prophecy than we know.

Please, dear pro-abortion friends and family. I’m pointing the finger at you, but I accuse myself too. We are all guilty in some way of allowing society to reach this point.

Peter Wolfgang is president of Family Institute of Connecticut. He lives in Waterbury, Connecticut, with his wife and their seven children. The views expressed on The Stream are solely his own. His previous article was Francis vs. Orban: Christianity is Europe’s Only Hope.