The COVID Vaccine is Not the ‘Mark of the Beast’ 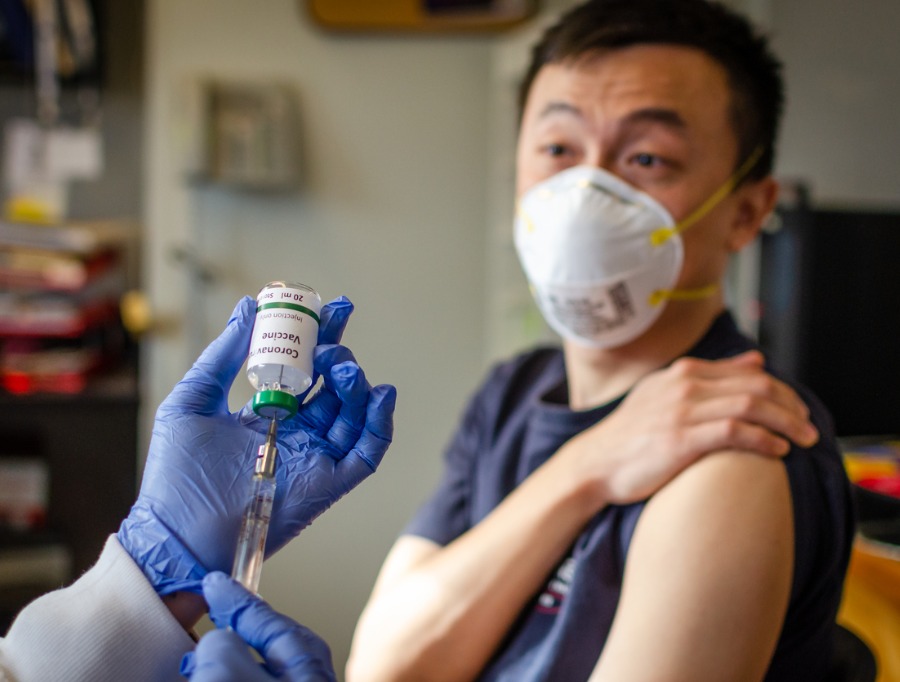 On March 2, 2020, I wrote my first article about COVID, asking the question, “Is the Coronavirus an End-Time Biblical Plague?” While recognizing the seriousness of the virus, my conclusion was that “we should not view the coronavirus as a prophesied, end-time plague.” I continued:

Instead, we should view it in the same way we have viewed many other epidemics and pandemics in world history. They are tragic reminders of the broken state of our world and of the frailty of our race. And while doing all we can to prevent and combat the spread of Covid-19, we should pray for the mercy of God.

The final shaking will be far more intense than this.

I expanded on these thoughts in other articles as well in a book, titled, When the World Stops: Words of Faith, Hope, and Wisdom in the Midst of Crisis. (You will find the book just as relevant today as when it was released last April. For my article which asks the question, “Have the Seven Seals of the Book of Revelation Been Opened?” see here. Spoiler alert: the answer is no.)

Almost one year after that first article was written, the virus is still with us, with reported world deaths of almost 2.5 million, including almost half a million in the USA alone.

Thankfully, for a number of reasons, the virus appears to be dissipating. But there remains a very strong push to get as many people vaccinated as possible, especially the most vulnerable.

Medical Questions About the Vaccine

Do we know enough about the vaccine to get vaccinated? Is it possible that the cure will be worse than the disease?

These are questions that many concerned citizens are asking, not just in America but around the world.

This had led many Americans to push back against perceived government outreach, something that is perfectly understandable. Does the government really have the authority to force everyone to be vaccinated, especially when the treatment is so new and, in many ways, not fully proven?

That is a valid question, one that will be addressed repeatedly in the days to come.

The Shot of the Beast?

But that is not the primary focus on this article. Instead, I want to address a theological question: Is the COVID vaccine the “mark of the beast”?

According to a February 16, 2021 article in the Washington Post, this question is becoming increasingly common:

Some churches and Christian ministries with large online followings — as well as Christian influencers on Facebook, Instagram, TikTok, Twitter and YouTube — are making false claims that vaccines chock full of fetal tissue or microchips, or they are construing associations between vaccine ingredients and the devil. Others talk about how coronavirus vaccines and masks contain or herald the “mark of the beast,” a reference to an apocalyptic passage from the Book of Revelation that suggests the Antichrist will test Christians by asking them to put a mark on their bodies.

For almost one year now, callers have asked me this same question, and without hesitation, my answer has been, “Absolutely not.”

There Are Parallels, But …

To be sure, there are parallels which can be drawn, namely: 1) the global nature of the pandemic; 2) the coordinated, global nature of the response (as in countries banning travel from other countries or requiring quarantining for those newly-arrived or working together to develop vaccines); and 3) the threat of loss of services if the vaccination is refused. Doesn’t this parallel Revelation 13:17, which speak of the day when “no one can buy or sell unless he has the mark, that is, the name of the beast or the number of its name”?

Then why do I so dogmatically say that the vaccine is not the mark of the beast? Is it because I am 100 percent sure that there is no global conspiracy involved? Is it because I have researched all the claims about a microchip being implanted with the virus?

Actually, those are not the reasons I am so sure that this is not the mark of the beast. Instead, it’s because of my understanding of the Bible. Simply stated, it’s because, at present, there is no “beast.”

After all, according to Revelation 13 (and, if we interpret it with regard to future events), this “beast,” elsewhere known as the antichrist or the “man of sin” 1) will be miraculously healed of a mortal wound, causing the whole world to marvel and then worship this individual; 2) he will blaspheme God and declare war on God’s people, even conquering them; 3) everyone except for the Christians will worship this man; 4) he will then be backed by a new wave of counterfeit miracles; 5) no one will be able to buy or sell without having the beast’s mark on hand and forehead.

So Who is This Beast?

So, for all who interpret Revelation futuristically, who is this beast? Who, pray tell, is this antichrist? Only the most far-fetched exegetical gymnastics can come up with any possible contemporary application at all, and even then, all attempts fall far short of reality.

For those who urge a more symbolic interpretation of Revelation, it could be argued that “the beast” is a world system. But I ask again, which world system actually fits the description in Revelation 13, even symbolically? To call it a stretch would be an understatement.

Interestingly, it is those who do not read Revelation futuristically who can make a contemporary application — in other words, those who believe that most of the events described in Revelation were written with reference to first-century events. For them, there is an ongoing application of the book to every generation, and taking the “mark of the beast” can be applied on many different levels.

The Principle When It Comes to Government Violating Our Conscience

While I personally do see a future fulfillment of much of Revelation myself (although with clear first-century relevance as well), I believe it is the application of the text on which we should focus.

So, when it comes to asking literally whether the vaccine is literally “the mark of the beast,” the answer is certainly not.

But when it comes to the question of how much authority the government should have or how to respond when the authorities force people to violate their consciences, then we can apply the principle of “taking the mark of the beast.” That’s the real question to be asking now, although in far less extreme terms than are pictured in Revelation.

As for the antichrist, you can be assured of this. When he rises up to take over the world, you will know it. You will also know that, very, very soon, the true Christ will arrive to destroy him forever.

(For previous, related articles from April 2020, see here and here. For a relevant article from 2016, see here.)