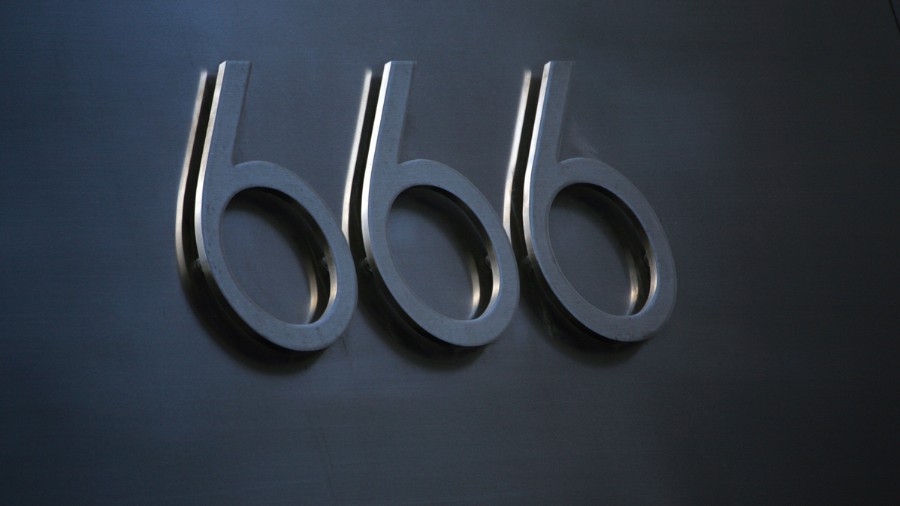 I’m hearing questions like these virtually every day from concerned Christians. “Do you think world reaction to the coronavirus is preparing the way for the antichrist? Will there be a mandatory vaccine that will include a microchip? Could this be the mark of the beast?”

To be sure, I’m not a friend of globalism. And I’m certainly not keen on the government having the right to insert a chip in our bodies.

Obedience to God in Everyday Life is More Relevant

But, to be perfectly candid, I’m not thinking much about the antichrist or the mark of the beast. There are far more pressing (and practical) issues that demand my (and our) attention. Like loving God. And loving our neighbors. And being decent human beings. And sharing our faith. And walking in moral purity. And keeping our marriages healthy. And spending quality time with our kids.

On a daily basis, all this is far more relevant than speculation about “the mark of the beast.”

It may not be as exciting as studying end-time prophecy (this is called “eschatology”). It may not be as exotic as the visions in the Book of Revelation. But on a daily basis, all this is far more relevant than speculation about “the mark of the beast.”

For those not familiar with some of these concepts, they come from the Book of Revelation, which speaks of a Satan-empowered world leader, described as a 7-headed beast wearing 10 crowns on its heads.

This end-time world leader, also called “the antichrist,” will be worshiped by “everyone whose name has not been written before the foundation of the world in the book of life of the Lamb who was slain” (Rev 13:8; again, for those not familiar with this imagery, the Lamb refers to Jesus).

Revelation also describes another demonic figure who “causes all, both small and great, both rich and poor, both free and slave, to be marked on the right hand or the forehead, so that no one can buy or sell unless he has the mark, that is, the name of the beast or the number of its name” (Rev 13:16-17).

This all sounds frightfully serious, which is why many Christians ask: What, exactly, is this mark? And are we unwittingly paving the way towards a one-world government — in other words, towards an antichrist system?

But there are several problems with this line of thinking (although, to repeat, I am no friend of globalism).

First, Revelation belongs to the genre of apocalyptic, which describes world events in visionary terms which are not meant to be taken literally. Or do you actually believe that the antichrist will be 7-headed human being who looks like a leopard and has feet like a bear’s and a mouth like a lion’s (see Rev 13:2)?

Perhaps one day there will be a literal mark put on the right hand and the forehead. Or perhaps this is symbolic of something else.

In my view, it is this “something else” which should have our attention. (I’ll explain this more in a moment.)

What Did Revelation Mean to Its First Readers?

Second, while Revelation does describe future events, including the Lord’s return, the final judgment, and the New Heavens and New Earth, it is also relevant to every generation of readers. This would be especially true for the first recipients of the book more than 1,900 years ago. What did Revelation mean to them?

As many commentators have pointed out, these early Christian readers would have likely seen “the beast” as a figure in their day, namely, the tyrannical Roman emperor. It was he who demanded to be worshiped as a god under penalty of death. And it was he who often brutally persecuted the Christians.

So, the first readers of Revelation would not have been as concerned with a future, theoretical antichrist as they were with the very real antichrist before them. In their minds, today’s very present evil was more than enough to deal with. Tomorrow’s prophesied evil could wait until then.

As for the reference to “the mark of the beast,” Prof. G.K. Beale notes that “it enforces the metaphorical idea that the mark alludes to the state’s political and economic ‘stamp of approval,’ given only to those who go along with its religious demands.”

In other words, you bow to the godless demands of the state or you don’t get to enjoy the benefits of the state. As explained by Robert H. Mounce in his Revelation commentary, the ultimate focus is on the deification of the secular government. At all points, that must be resisted.

Around the world, even as I write, Christians are refusing to take the mark in other ways.

For us, as followers of Jesus in any age, that is where the rubber meets the road. Will we compromise our convictions for the sake of our convenience? Will we refuse to take a stand for what is right because of the negative consequences? Will we give to Caesar what belongs to God?

Again, it could be that one day, there will be a literal mark demanded by the antichrist himself. Perhaps, at that time, those who refuse to receive that mark will pay with their own lives.

But around the world, even as I write, Christians are refusing to take the mark in other ways.

Christians Are Refusing to Take the Mark Today

In Nigeria, they are refusing to convert to Islam. As a result, they are (quite literally) losing their heads for their faith.

In China, they are refusing to conform to the communist state’s godless demands. This forces them to go underground with their faith and often results in prison and even torture.

In America, we can refuse to take the mark — figuratively speaking — when we say no to pornographic sex-ed curricula for our children. Or when we hold to our religious convictions, even when it costs us our jobs.

It can even happen, on the most basic level, when a Christian high school student takes a pro-life stance while the rest of her classmates (and teachers) ridicule her.

Let’s Focus on Everyday Obedience to the Lord

This is where our focus needs to be, on everyday obedience to the Lord and His commission. If we obey in the here and now, tomorrow will take care of itself.

I focus on issues like this in my new book When the World Stops: Words of Faith, Hope, and Wisdom in the Midst of Crisis. That’s why one of the chapters is titled, “The Gospel Is Made for the Hard Times” and another chapter is titled, “A Little Wisdom Goes a Long Way.”

So, rather than wondering about the future antichrist and the mark of the beast, be sure not to sell your soul for a godless system today. As followers of Jesus, we bow the knee to one Lord and one Lord only.

Have the Seven Seals of the Book of Revelation Been Opened?