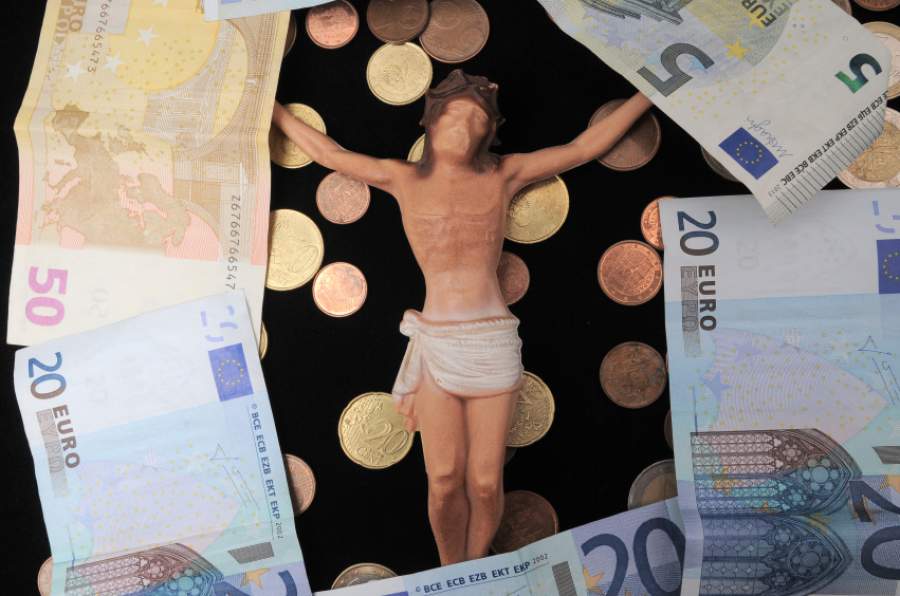 For the dogged, dedicated reader, this is Part Five of our six-part series. (See Parts One, Two, Three, and Four.)

Since the U.S. Catholic bishops decided that forty-six other issues were just as important as abortion in this election, we decided to take them at their word. We would go through their whole laundry list of political issues, which they distilled from Catholic social teaching, and judge both Joe Biden and Donald Trump. We’re responding to a frankly biased website created by professional Catholics, Catholic Voter Guide, which seems designed to look like an official church publication. It isn’t, but that doesn’t matter. It might as well be.

Except on a few social issues, most bishops’ statements seem like Democratic National Committee press releases.

The U.S. Catholic bishops conference for years has issued annually over 200 policy demands, as if they were some government in exile. And when Republicans are in power, that’s the tone the bishops take. Except on a few social issues, most bishops’ statements seem like Democratic National Committee press releases. They skew heavily toward the government taking money from one group of people on pain of imprisonment, and spending it to buy the votes of others.

A shocking amount of this money goes through the bishops as middlemen. Forty percent of the USCCB’s budget comes from federal programs, where Catholic agencies win contracts and cream off hefty fees to perform purely secular services like any other federal contractor. If the federal government shrank any of those programs, much less sent them back to the states, the lights would go out at USCCB headquarters.

Nevertheless, the issues the bishops raise do matter. So we will examine the next batch of them, in light of the real moral principles of Catholic social teaching and the American Constitution, and see how candidates score.

On this score, Catholic Voters Guide judges both candidates as somehow aligning with Catholic principles. That strikes us as strange, since Biden (once more moderate) has followed the Democratic party to the Jacobin secular left. He’s absolutely opposed to tuition tax credits, vouchers, or other mechanisms allowing parents to direct their own tax money toward schools of their choice — especially religious schools.

Donald Trump, by contrast, has come out strongly for school choice, including religious schools. Given the power of schools to form children’s souls, and the radical politicization of so many public schools, this issue is crucial. Remember that the fraudulent 1619 Project, which fosters a conspiracy theory that the U.S. was founded to perpetuate slavery, is even now being foisted on public schools across the country. Meanwhile, public teachers unions are among the most rabidly leftist, pro-abortion, and pro-LGBT of them all. Catholic Voter Guide claims that Biden, unlike Trump, favors “just salaries and benefits” for the teachers in those failing public schools. That depends, of course, on what you think their performance deserves.

On this issue again, Catholic Voter Guide gets confused. It praises Joe Biden, one of the main authors of the 1994 Crime Bill that so many black Americans considered unjust. For one thing, it imposed much harsher standards on drug crimes common in black communities than on those in white subcultures. It took President Trump’s recent efforts, widely hailed by the likes of Kanye West, to remedy some of those inequities.

Supporting Reasonable Restrictions on Access to Assault Weapons and Handguns

Pardon the propaganda language. Neither the U.S. bishops nor Catholic Voters Guide show much respect for the Second Amendment to the U.S. Constitution. That Amendment protects a basic human right, akin to free speech or free exercise of religion. As we’ve written elsewhere, the U.S. bishops have followed Mainline Protestant churches in halfway divinizing Caesar. They see the state as a hive and citizens as termites, with rights doled out to them insofar as the Queen thinks it’s safe. They de facto deny that citizens have the right to self-defense, either against violent crime or tyrannical government.

Joe Biden has supported wide-ranging, arbitrary and unconstitutional measures infringing this basic right. Donald Trump stands with the plain meaning of the Constitution — a meaning that accords both with the natural law and the Jewish-Christian tradition. Please read our “God, Guns, and the Government” for a detailed explanation.

Opposing the Use of the Death Penalty

On this issue, the bishops have followed Pope Francis in rejecting the entire Judaeo-Christian tradition, going back to the Covenant of Noah in Genesis — the first written form we have of the natural law. They’d oppose execution even for terrorists and war criminals, like the Nazis at Nuremberg. Francis even opposes life imprisonment for criminals, absurdly claiming that it deprives them of the virtue of Hope. (He is unaware, perhaps, that Hope refers to eternal salvation, not earthly parole.)

To understand how capital punishment affirms human dignity, instead of undermining it, read Jules Gomes’s profound essay here. Joe Biden has followed the Democratic party to come around to his new position. Donald Trump stands with the Bible, the tradition, and the U.S. Constitution in allowing for capital punishment. However, he has shown great concern about overly harsh sentencing, and those of us who think that the U.S. system for implementing capital punishment is broken, and unjustly affects less wealthy defendants, will find in him an ally.