The Brew: Time for a Real Reality Check 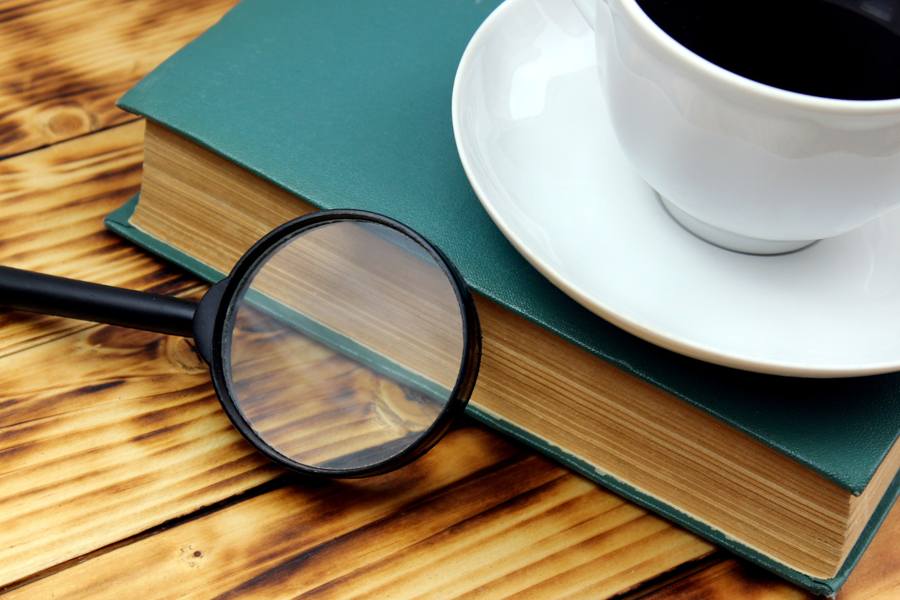 Ah, life is good. My friend and pastor Casey just introduced me to a new coffee shop near the church, and so I’m sitting here comfortably ensconced at the Muddy Goose, enjoying their good brew as I write this Stream Brew. What could be better? I’m pretty serious about my coffee, you know.

Okay, yes, it could be better. Have you seen how the price of coffee has jumped lately? It almost makes me wonder how long I’ll be able to afford sitting at coffee shops, saying “Life is good.”

Life is never totally good, but I’ll tell you (as if you need me telling you), it’s been a rough road lately. How long has Joe Biden been president? Feels like it’s been longer than Elizabeth II was queen in Britain. Emphasis on “feels like.” Feelings can be treacherous. It’s time for a reality check.

I’m talking about a real reality check now, though.  There’s more reality around us than meets the eye. It’s not coffee that makes life good, much as I like it. Neither is a solid economy. It isn’t even national security or national morality or political and religious freedom.

Sure, those things matter. They’re huge. That’s why we devote so much space to them here at The Stream. If God calls us to love our neighbor as ourselves — which He does — then He calls us to work with others to build the best possible world, for ourselves and especially for our neighbors, a world that expresses God’s goodness in all ways possible while here on earth.

Reality check time again: We’re not there yet. We’re not even heading that direction, as far as the eye can see. If that’s the only place we’re looking, though, that’s not a true reality check. True reality is a lot bigger than the eye can see. And even though the rest of reality is easy to overlook, easy to forget, it’s actually a whole lot greater and more important than what we touch, hear, taste, and see here on earth.

The Rest of Reality

The other day I happened to read the story in 1 Kings 6:8-23 where Elisha and his servant Gehazi were in a city surrounded by enemy soldiers. Gehazi cried out, “Alas, my master! What shall we do?” Elisha answered, “Do not fear, for those who are with us are more than those who are with them.”

Elisha then prayed the Lord would open Gehazi’s eyes, “that he may see.” God answered, “And behold, the mountain was full of horses and chariots of fire all around Elisha.” They were angel forces, there to defend God’s people. Gehazi was in much better hands than he realized. So are you and I, if we’re indeed following the Lord. I wouldn’t want to be one of His enemies, though. They weren’t in such good shape then, and they aren’t in good shape today. God will fight on behalf of His own honor and glory and holiness, and He will win.

I don’t know exactly what you or I would see if God opened our eyes that way. I am sure of this, though: We’d see the goodness of God. We’d see how in His wisdom He uses hard things today to show His love for the long term. We’d see His holiness as another aspect of His goodness, and we’d be assured that He is dealing fully with evil in the world in His own way, on His own schedule.

That and more of God’s goodness are what we’d see in our full reality check. We don’t have to see it with our eyes to know it’s real. We have all we need to know about it in God’s word — enough to know that life is good, and it’s not good because of coffee. It’s good because a very good God is in charge of it all, and He works all things for good “for those who love Him and are called according to His purpose” (Romans 8:28).

Our political situation is still a mess. Our economy is in trouble. Some of us have family problems to deal with, or health or job situations. We have real responsibilities to fulfill there, just as we have real (and even more urgent) responsibilities to help our family members, church friends, and the couple who live next door. Those needs are real. Sometimes they’re heartbreaking. Our responsibilities with them are real, too.

But here’s the message I’m trying to speak to myself. There’s a reason this is on my mind right now, and it’s because I’ve realized I’ve been doing the wrong kind of reality check lately myself. Looking at visible reality can leave me feeling pretty unhappy about it. I can’t let that cloud my view of the rest of reality.

I’ll leave you with a snippet and a link that I’m finding powerfully encouraging. The link is to Romans 8:31-39. The snippet comes from the beginning of that passage: “If God is for us, who can be against us? He who did not spare his own Son, but gave him up for us all — how will he not also, along with him, graciously give us all things?” Now, there’s a reality check for you!

Here’s more reality to include, from both the what-the-eye-can-see point of view, and the larger perspective. Michael Brown very helpfully sorts out healthy, masculine Christianity from distortions that can become “unhealthy and even dangerous.” Gotta watch out for that! John Zmirak warns us “We’re All Mark Judge Now.” The situation is grimmer yet in the world’s oldest Christian nation, where Raymond Ibrahim informs us “Jihad on Armenia Resumes.” For encouragement after that, be sure to read Nancy Flory’s interview with a former refugee who’s opened a coffee shop and a whole new ministry with it.

I Want to Be a Torch