When ‘Masculine Christianity’ Becomes Unhealthy and Even Dangerous 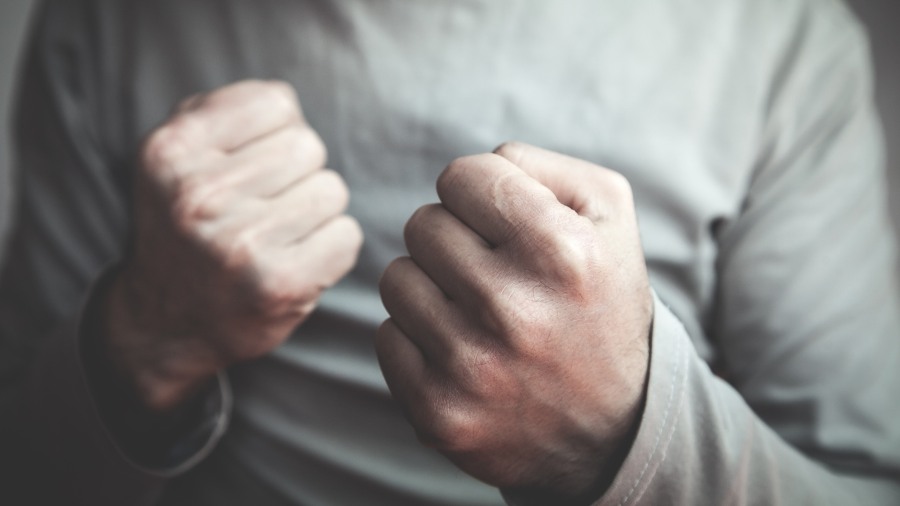 There is a great need in the Church today for men to be men, to exhibit courage and conviction, to lead well and to serve well, to provide and to cover. In fact, the Greek verb translated “be courageous” in modern English versions of 1 Corinthians 16:13 is literally, “act like men.” Let the Christian men rise up and fulfill their unique calling, even as Christian women rise up and fulfill their unique calling as well. Both will need courage to stand.

But that is a far cry from the machismo version of the gospel, let alone the militarized gospel. To the contrary, those are striking examples of Christians creating a Jesus in their own image, a Jesus who caters to their flesh rather than calls them to crucify their flesh.

Of course, the wimpy Jesus, the always apologizing Jesus, the toothless Jesus, is not the Jesus of the Bible either. And we are certainly not called to follow that man-made version of the Lord.

The last thing we need is what missionary C.T. Studd (1860-1931) called “chocolate soldiers” who melt in the heat when the going gets rough.

I must be carried to the skies
On a flowery bed of ease
Let others fight to win the prize,
Or sail thro bloody seas
Mark time, Christian heroes,
Never go to war;
Stop and mind the babies
Playing on the floor.
Wash and dress and feed them
Forty times a week.
Till they’re roly poly
Puddings so to speak.
Round and round the nursery
Let us ambulate
Sugar and spice and all that’s nice
Must be on our slate.

In contrast, said Studd, “Every true Christian is a soldier — of Christ — a hero par excellence! Braver than the bravest, scorning the soft seductions of peace and her oft-repeated warnings against hardship, disease, danger and death, whom he counts among his bosom friends.”

That spirit of courage, that heroic spirit of godly manliness, is under attack today.

But there is a difference between the courageous and heroic Church and the hyper-masculinized, even militarized Church.

The former overcomes evil with good and vanquishes hatred with love. It refuses to deny Jesus even to the point of death. It is filled with courage and faith and truth.

In fact, in some circles, a sermon is not complete without throwing out some meanspirited political barbs

The latter confuses the gospel with fleshly anger, chest-beating, and sword-rattling, mistaking carnality for Christlikeness.

The apostle Paul was one of the most courageous leaders who ever lived, and for him, that meant following the example of Jesus. Speaking of himself and his fellow-apostles, Paul wrote, “When reviled, we bless; when persecuted, we endure; when slandered, we entreat.” (1 Corinthians 4:12)

Today’s version sounds like this: “When reviled, we respond in kind with a salvo of ugly words; when persecuted, we fight back, armed to the teeth and brandishing our weapons; when slandered, we launch a withering response.”

As I noted in The Political Seduction of the Church, in many of our church circles, meanness is considered more spiritual than meekness. This especially applies to preachers, and in the eyes of many, the nastier you are the more anointed you are.

In fact, in some circles, a sermon is not complete without throwing out some meanspirited political barbs, followed by a line like, “No one is going to shut me up and no one is going to take away my guns. In Jesus’ name!” And the people shout, “Amen!”

This is not the gospel and this is not the overcoming Church. This is a politicized, macho church that could easily become militarized.

But this is a far cry from the conflating of a worldly, carnal masculinity with Christian courage or, worse still, the call to take up arms in the name of the gospel.

Hitler Hated Jesus’ Teachings of Love, Humility and Concern for the Weak

My friend Ron Cantor recently pointed out that Hitler thought that “the Jesus of the Bible was effeminate and weak,” referring to Dean Stroud’s Preaching in Hitler’s Shadow.

Stroud wrote that for Hitler, this was “A Faith for Weaklings.”

Yes, “It was not only Jesus’ Jewishness that provoked Nazi hatred of orthodox Christianity. Along with worshiping a Jewish God, traditional Christianity praises virtues that Nazis found repugnant: love of neighbor, forgiveness, peacemaking, and humility, to name but a few … but in Nazi speech these are replaced by hatred, rejection, brutality, final victory, obedience to Hitler, and rejection of the weak, the ill, and the marginal.”

Many American Christians also despise these values, wanting to emulate the Jesus who overturned the tables of the money changers in the Temple and drove out the cattle with a whip, while rejecting the Jesus who taught us to love our enemies and to turn the other cheek. (For the real meaning of “turn the other cheek,” which does not forbid self-defense or justifiable military action, see here.)

A Ninth-Century Poem About Jesus as a Knight

Looking back through Church history, Dr. John Dickson pointed out that, “The most remarkable sign of this medieval process of Christian militarisation is a ninth-century Old Saxon poem called the Heliand or ‘Saviour.’ It is a retelling of the Gospels’ account of Christ in the style of a pagan heroic saga. Jesus himself is described as a knight, and his apostles are his travelling war band.”

In fact, “Even the Sermon on the Mount — usually associated with an ethic of love — is transposed in the Heliand to describe the rewards given to the magnanimous warrior.”

Yes, “Words originally intended to inspire mercy, peace, and non-retaliation are retold in the Heliand as a kind of war speech from the head ‘Wielder’ about the rewards due to his good ‘war-men.’ The author of the Heliand is obviously attempting to modify the pagan warrior ethic in the direction of justice, but the modifications involve some accommodation to the warrior culture itself.” (See John Dickson, Bullies and Saints: An Honest Look at the Good and Evil of Christian History.)

So, Jesus is the Wielder of military weapons while His disciples, depicted in the Sermon on the Mount as those who will be persecuted and hated for their faith, are the “war-men,” in the literal sense of the words. They wield very real swords and march out to fight for the faith. Talk about turning the biblical text upside down and creating a Jesus in our own image.

Dickson cites Christopher Tyerman, who wrote, “In mediating between the Christian message and Germanic values, the vocabulary of Christianity itself adopted appropriate images accessible to warrior elites.”

Our ‘Holy War’ is Not Fought With Intimidation, but Servanthood

Dickson adds, “Within this context, Christian discipleship could, without too much of a stretch, be extended to include real physical violence for Christ’s cause.”

To be sure, there is a holy war that we are called to fight as servants of the Lord. But it is not that kind of holy war, fought with physical violence or intimidation.

May God help us to learn these lessons from the past. We cannot afford to repeat them again.