We Are All Mark Judge Now 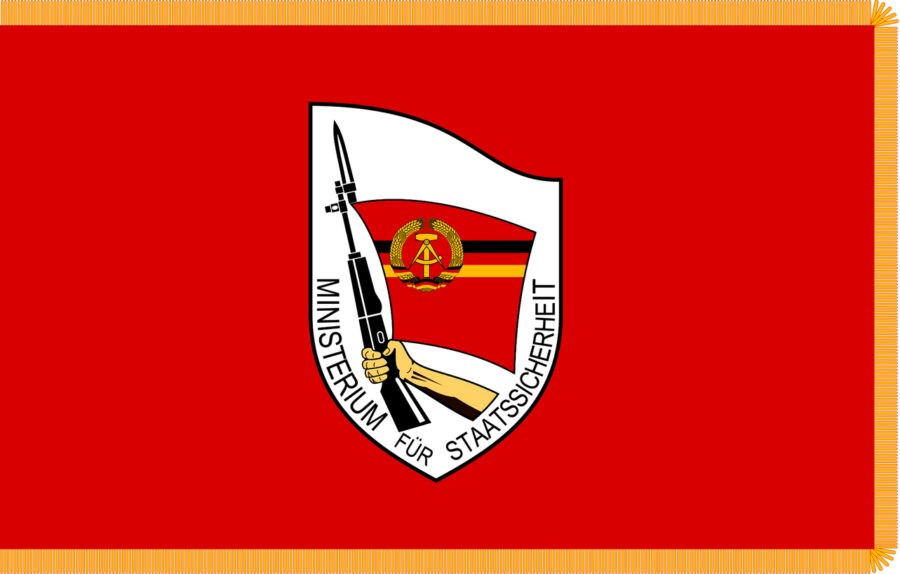 The flag of the East German Stasi

I just had a peek at a new book by a friend, and one of our top contributors at The Stream, the gifted Mark Judge: The Devil’s Triangle: Mark Judge vs the New American Stasi. For its intrinsic merits, and for the story it tells about the dangerous attacks on freedom that we all face, it deserves to become an instant best-seller.

I barely knew Mark Judge, except as an arts columnist, before he became the target of a skilled, professional hit job. Or not the target exactly, so much as the patsy whom cynical politicians hoped to use (and if need be destroy) in order to take out their actual target, Trump Supreme Court nominee Brett Kavanaugh. I offered Judge this endorsement for his book:

I was tempted to compare Mark Judge to Lech Walesa or Vaclav Havel. They were likewise targeted for personal destruction by regimes that perverted their countries’ constitutions, and were desperate to cling to power. But that isn’t entirely apt. Both Walesa and Havel at some point consciously chose to enter political activism, to pick up a stone and challenge Goliath.

Mark Judge never did. He just went to high school, struggled with alcoholism, and wrote a memoir about it. That’s it.

But highly paid professional opposition researchers hired to stop the confirmation of Brett Kavanaugh at any cost came across Judge’s name. They pored over his memoir’s details, and used it as a ‘story bible’ for the attack on Kavanaugh. Then they used every weapon, legal and illegal, in their arsenal to try to force Judge to somehow help them credential their fiction.

He stood firm, which shocked them. The truth prevailed for a change. And after the Dobbs decision, we live in a new and better America. In large part, we have my friend Mark Judge to thank. I hope every American reads this book, and profits from the example of his courage.

Every Man Left Behind

I reached out to Judge when his name started getting dragged through the filth, and have gotten to know and cherish him since. We invited him to write here for The Stream, when his old freelance contacts were throwing him under the bus. He’s a good man who was left hung out to dry, including by most conservatives. 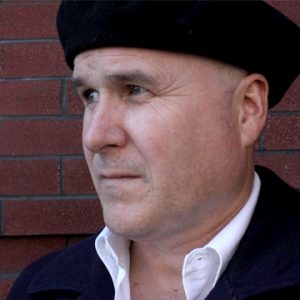 We don’t go back for our innocent wounded, as the left does for actual liars and crooks like Jussie Smollett. The left acts like the Army Rangers, while we treat our own casualties the way Joe Stalin’s Red Army treated theirs: Every man for himself, tovarisch!

The left couldn’t find any real dirt on Brett Kavanaugh. To my own frustration (and suspicion) they couldn’t even find evidence that he rejected the twisted logic of Roe v. Wade.

He and I had been at Yale together. I was editor of the campus conservative magazine, and universally loathed. A campus survey my freshman year on name recognition yielded as its top three names, in order: Movie star Jodie Foster, movie star Jennifer Beals, and … despicable pro-life conservative John Zmirak.

Whole tables would fall silent as I passed in the dining hall. I couldn’t find willing room-mates, and got housed my sophomore year with hostile strangers — one of whom refused to speak a single word to me all year.

I didn’t care. I’d decided that Yale, for all its Gothic libraries and Colonial dorms was not in fact a representative of Christian Western civilization, but its enemy, squatting in place. Yale was the left’s punch bowl. I was content to be the poop that floated on top of it. “Drink up!” was my message.

Was Brett Kavanaugh a secret conservative, of the kind I hoped to encourage with the columns that once got me assaulted? I wouldn’t know. I’d never heard of him. He kept the lowest profile at Yale imaginable, the kind you (in retrospect) are happy that a future Supreme Court nominee keeps. (One Google search of my name, and I couldn’t get confirmed as dog-catcher in Denton, TX.)

Digging for Dirt, Then Making Some Up

The opposition researchers whom pro-choice activist (she worked for a company that makes the abortion pill) Christine Blasey Ford hired at the advice of a George Soros lawyer couldn’t find anything on Kavanaugh. No columns, no protests, no membership in outré organizations such as Students for Life or the Party of the Right.

Frankly, given all that, and his history as George W. Bush appointee who clerked for Anthony Kennedy, I was afraid that Kavanaugh would betray us, like his mentor. For all I knew, he was the kind of lace-curtain Irish willing to sell out any principle to straighten his hair and pass for a WASP. Certainly, the left wasn’t going to dig up old quotes of his like those of Judge Robert Bork adhering to conservative principles on topics that lying hacks like Joe Biden could exploit.

Nor could they find any genuine personal scandals.

One Man’s Autobiography Is Another Woman’s Perjury Map

So the oppo researchers whom abortion profiteer Christine Blasey Ford’s George Soros lawyer helped her hire took Mark Judge’s memoir of struggling with alcoholism at the same high school and time as Kavanaugh. Mark talked about parties, and mentioned that Kavanaugh had attended some. That got their attention. Even better, Judge admitted that his drinking had caused him memory lapses. He couldn’t actually remember what had happened at some of those parties. 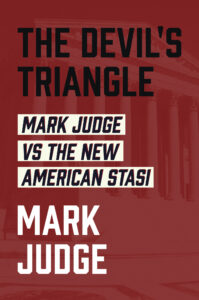 Ding, ding, ding! The yellow eyes of the oppo researcher light up at a phrase like that. His serpentine tongue darts in and out, tasting the air. Suddenly, Judge’s memoir became perjury gold, a story bible the team of abortion activists could use to craft a Narrative, full of authentic details of life at Kavanaugh’s high school. They could cast Kavanaugh as a villain, and Judge as a witness who, when called to testify in front of the U.S. Senate … could not say for certain that Kavanaugh hadn’t committed rape in his presence. Or sprouted bat wings and flew around the room, for that matter. Because Judge had confessed to … memory lapses, you see.

So all they needed was for Mark Judge to sit before the Senate Judiciary Committee. It didn’t really matter what he said. He couldn’t convincingly refute the narrative that Blasey Ford’s legal team had invented. Because at the time he’d been an active alcoholic, and had confessed, in print, to having memory lapses. “You cannot say with any certainty, Mr. Judge, that Dr. Ford’s assertions are false, can you. Can you???”

Mark Judge Didn’t Cave. So Now We Have Dobbs Instead of Roe

Despite being driven out of his home and almost out of his profession, and a cascade of traps and badgering from America’s top Stasi journalists, and ominous threats on the telephone from someone who sounded like Michael Avenatti … Judge stood firm. He refused to lie, or go on TV and tell the truth in a way that the left could twist, so they could destroy an honest judge and go right on killing babies.

It’s a harrowing, heroic story. Go buy it, and tell your friends. With Biden’s FBI goons raiding the homes of his political rivals, and huge corporations tracking our gun purchases, it’s not an exaggeration to say: We are all Mark Judge now.