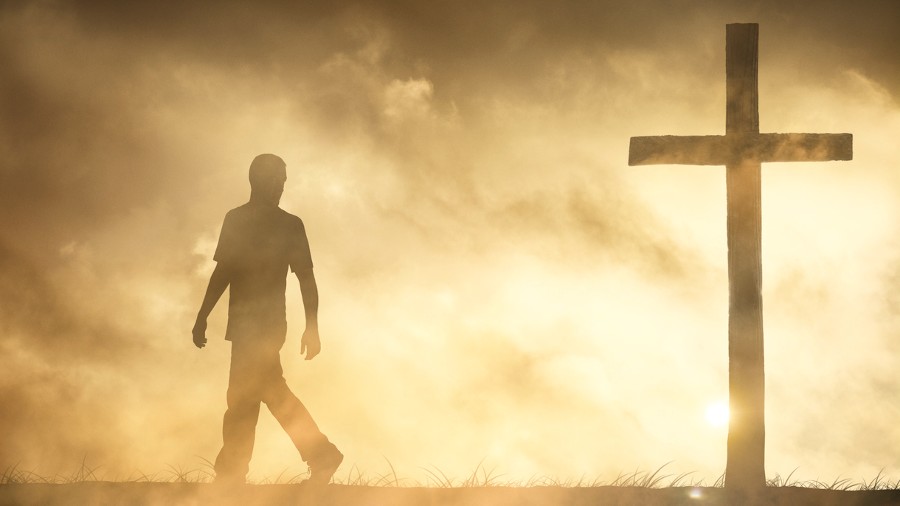 Amanda Marcotte, a “senior political writer for Salon,” does not believe in God. She rejoices that fewer young Americans now seem to see themselves as Christians. But she has an awful habit of twisting the truth. And I have to wonder if that habit of lying might be mother to disbelief, both for her and for those who listen to her falsehoods.

Fewer than half of Americans now belong to a place of worship, Marcotte claims, and attendance is “in a freefall, as younger Americans would rather do anything with their precious free time than go to church …” So Republicans increasingly try to force the Christian faith, now a “toxic religion,” down the unwilling throats of the American populace:

Republicans are in a full-blown panic, lashing out and accusing everyone else — liberals, schools, immigrants, pop culture, you name it — for this shift in religious sentiment. Worse, more are advocating the use of force to counter this decline. If people don’t want religion, well, too bad. More Republicans are arguing that Christianity should not be optional — First Amendment be d*****.

Marcotte gets one thing right. As a Christian, I am sad to see many young people leave the faith. After all, I believe Christianity is true, and those who follow Jesus (and society along with them) gain “more abundant life.”

But having visited hundreds of churches, I have yet to see anyone chained to a pew, or taking communion at gunpoint. So how are Americans being forced into faith? For one thing, Marcotte claims that by overthrowing Roe v. Wade, Christians have “foisted fundamentalist beliefs on others.”

The Constitution says what it says, and by changing its wording, Marcotte reminds us that even when her argument depends on it, she can barely pretend to care what it actually says.

Actually, a majority of justices simply stated the obvious: nothing in the Constitution forbids any state from making laws against abortion. Of course, their ruling implies that the Left has been prevaricating about our founding document for half a century. Marcotte thus projects her own dishonesty on conservatives:

Increasing numbers of Republicans are ignoring the plain text of the First Amendment — which says the government shall ‘make no law respecting an establishment of religion’ — in favor of the tortured myth that there’s no separation of church and state … Most troublingly, Justice Neil Gorsuch (has) dismissed the idea that such a separation is mandated by the Constitution.

‘A Lie Keeps Growing and Growing’

As the Blue Fairy warned:

“You see, Pinocchio, a lie keeps growing and growing, until it’s as plain as the nose on your face.”

First, the “plain text of the First Amendment” does not say “government” shall “make no law respecting an establishment of religion.” It says “Congress” shall do no such thing. Substituting “government” for “Congress” is not trivial, especially when you underline your supposed fidelity to exact wording with the term “plain text.”

I don’t think any government should establish any religion, including Secular Humanism, Critical Theory or neo-Marxism, which as a scholar of religions, I would argue should in this context be so classified. Non-establishment is routinely violated by Marcotte’s allies in education, for instance by penalizing and persecuting professors who disagree with leftist ideology.

But the Constitution says what it says, and by changing its wording, Marcotte reminds us that even when her argument depends on it, she can barely pretend to care what it actually says.

Secondly, the true phrase — “Congress shall make no law respecting an establishment of religion” does not undermine what she calls “the tortured myth that there is no separation of church and state.” The Constitution never uses those words, “separation of church and state,” a much broader and vaguer notion. The founding fathers clearly thought some links between church and state were consistent with non-establishment: that’s why Marcotte and her friends can’t simply quote the Constitution to make their point.

In fact, in the conversation Marcotte refers to but lacks the honesty to quote, Gorsuch spoke far more carefully than she (see Page 78 here):

JUSTICE GORSUCH: “As I understand it, Mr. Rooney said that he thought it was concern about the so-called separation of state, church and state, or the Constitution’s Establishment Clause.”

Gorsuch is merely recognizing that the phrase “separation of church and state,” while popular, does not appear in the Constitution, which he is tasked with interpreting, while the word “establish” does. That is how careful and honest people talk. True, by distinguishing between words that do and do not appear in the Constitution, in effect he throws cold water on popular left-wing myths.

Marcotte adds to her dishonesty by also subtracting key words on religion from the First Amendment, which actually reads:

“Congress shall make no law respecting an establishment of religion, or prohibiting the free exercise thereof.”

Forgot those last six words! Marcotte never mentions them. Because in her quest to project her own falsifying of the Constitution onto her enemies, as we shall see in Part II, Marcotte’s nose keeps growing. Because next, she goes after a coach in Bremerton, Washington for doing what the Constitution explicitly says Congress (or, if you like, “government” may not prohibit): “freely exercising” his religious faith. Then she redefines the word “ban” to slander educators who wish to keep porn out of school libraries. In such trickery, we shall see, lies a more credible clue as to why Christianity has lost some followers in America of late.

In Part Two, Marshall continues dismantling the Salon column and asks “How can any kind-hearted person view the present state of young America and gloat?”