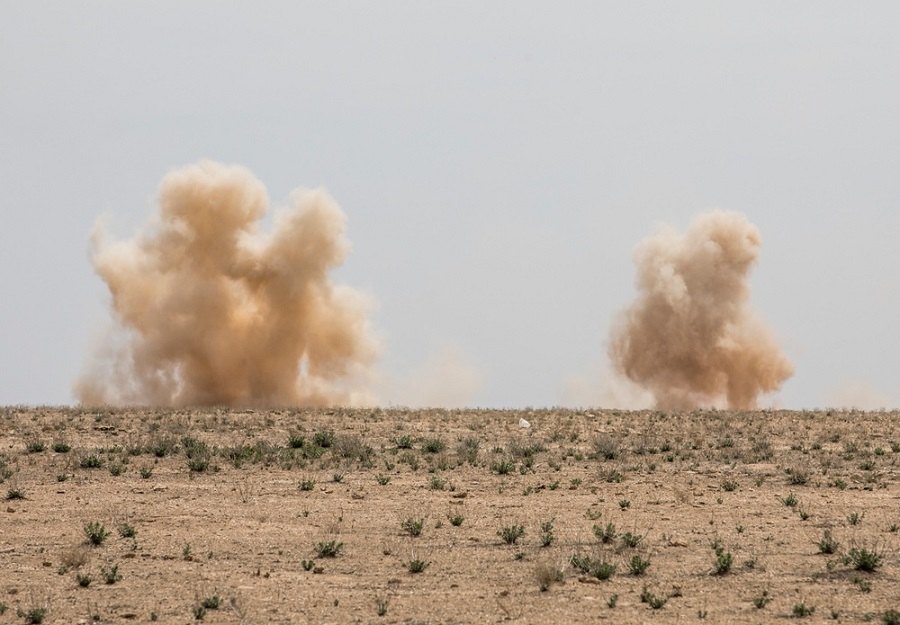 Abu Ibrahim al-Hashimi al-Qurayshi, the leader of the vicious terrorist group known as ISIS, is dead.

On Thursday, the White House and Pentagon announced that U.S. Special Forces troops had conducted a Wednesday evening mission aimed at capturing the terrorist leader. Al-Qurayshi blew himself up with a suicide bomb during the raid, according to the White House.

The mission “was carried out by U.S. special forces in Atma area in the Idlib countryside near the Syrian-Turkish border,” according to a statement released by  Syria Civil Defense. It added that at least 13 Syrians were killed during the chaos.

No American troops were injured during the raid, according to the Pentagon, although there was reportedly a close call due to a helicopter’s mechanical failure. The malfunctioning chopper was later blown up on the ground by U.S. troops, according to ABC News.

“Thanks to the bravery of our troops, this horrible terrorist leader is no more,” President Biden said. “Knowing that terrorist had chosen to surround himself with families, including children, we made a choice to pursue a Special Forces raid at a much a greater risk to our own people rather than targeting him with an airstrike.”

“Our team is still compiling the report, but we do know that as our troops approached to capture the terrorist, in a final act of desperate cowardice, with no regard to the lives of his own family or others in the building, he chose to blow himself up, not just with the vest, but to blow up that third floor, rather than face justice for the crimes he has committed, taking several members of his family with him, just as his predecessor did,” the president added.

As I wrote in 2019 after courageous U.S. troops killed al-Qurayshi’s ISIS predecessor, Abu Bkar al-Baghdadi, this is not a victory for any president or political party. It’s a big win for America and the world, made possible by the valiant men and women who volunteer to risk their lives to bring the world’s most evil terrorists to justice.

About 900 U.S. troops are serving in Syria, with approximately 2,500 still stationed in neighboring Iraq. Please keep these selfless service members and their families in your prayers as they battle ISIS, as well as Iranian-backed terrorist groups firing rockets at coalition forces. The same can be said for thousands of U.S. troops serving in the United Arab Emirates, where Patriot missiles had to be launched this week to defend the country from Houthi rebels based in Yemen.

American service members have our backs. We must also always have theirs.

Approximately 3,000 U.S. troops are on their way to Romania and Poland as Russia masses more than 100,000 troops along its border with Ukraine. As The Stream reported last week, approximately 8,500 American service members had been placed on high alert for possible deployments to Eastern Europe.

President Joe Biden's administration announced the deployment of nearly 3,000 American troops to Eastern Europe in the coming days amid a standoff with Russia over Ukraine, moving to shield NATO allies from potential spillover if war erupts https://t.co/0ObeG5rmdM pic.twitter.com/ulcoUjjZ8x

The courageous men and women headed to Romania and Poland are not numbers, but real people with worried spouses and children. Please keep these military families in your prayers while also asking God to spare the world from another bloody and costly war.

There are also thankfully hundreds of American heroes returning home from deployments all over the world.

The heartwarming image below was taken earlier this week as Minnesota National Guard soldiers returned from nine-month tours of duty “in nine different countries across the Middle East, Southwest Asia, and Africa.” 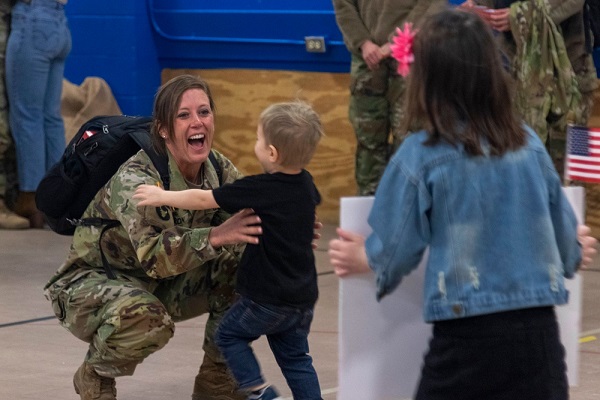 Welcome home, warriors! Thank you for your dedicated service to our country. Enjoy the time you have earned with your families.