Find us on our new accounts @TheStream 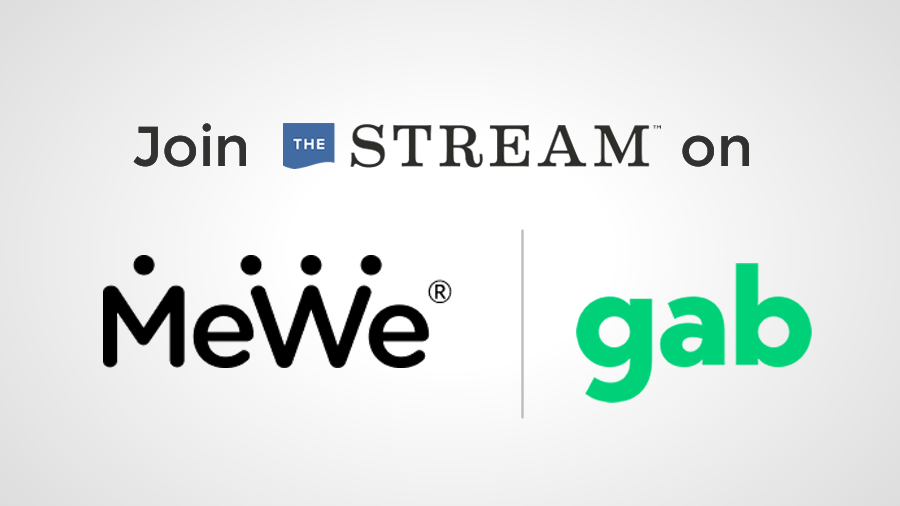 Big tech social media platforms Facebook and Twitter are increasingly becoming spaces hostile to free speech. As Stream contributor Ron F. Hale recently wrote, “The 2020 election season pulled back the curtain on an ever-increasing codependence between Big Tech, the mainstream media, and far-left Democrats. Much of it involved media suppression of negative news about Biden.”

For example. We’ve already noticed some of our content related to election fraud — the hottest topic in the land — performing poorly on Facebook. We have no doubt after studying the analytics this was because Facebook simply wasn’t showing the post on our followers’ newsfeeds. Some of our contributors have told us they used to see our content on their Facebook feeds, and since the election, they haven’t seen us. And if you haven’t heard, The Stream’s John Zmirak recently got booted off Twitter. @JZmirak is no more.

When you can’t trust Big Tech, what do you do? Don’t rely on Big Tech to get your information. That definitely includes Google, as we’ve mentioned recently. We recommend search engine alternatives such as Bing, Dogpile, and DuckDuckGo to avoid sneaky algorithms.

As for social media, The Stream is announcing we’ve recently joined alternative platforms MeWe and Gab, two sites that are gaining momentum among conservatives. As announced in July, we’re also on Parler. Of course we’re remaining on Twitter, Facebook and Instagram. And we have the wonderful new Stream app.

One way or another, we hope you’ll find us … regardless of whatever blankets Big Tech tries to throw over the light we remain committed to bringing.