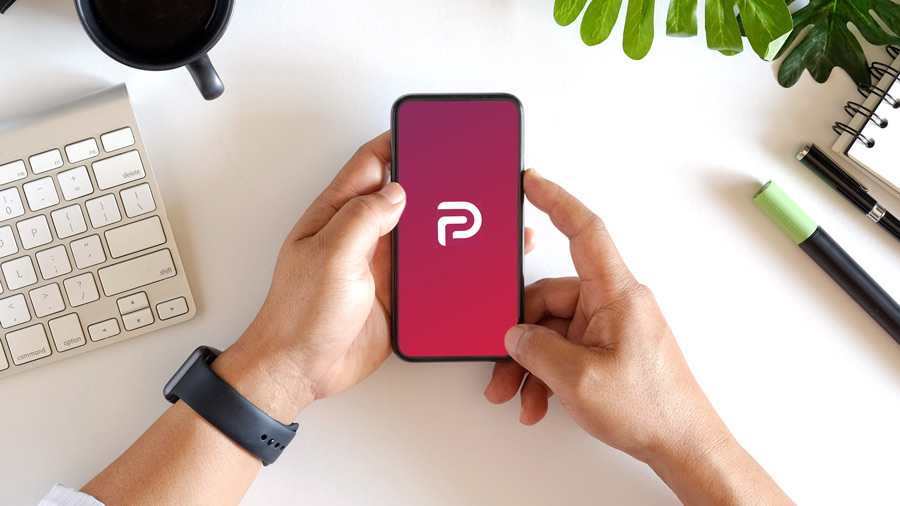 Conservatives rejoiced when Parler, the social media site marketed as a free-speech-loving alternative to Twitter, hit No. 1 on the AppleStore’s news section. Republican congressman Devin Nunes tweeted a picture of Parler in the No. 1 spot above Twitter in the No. 2 spot and jokingly referred to Twitter as the once-popular social media site, MySpace.

The burst in downloads came after Fox News contributor Dan Bongino announced he had purchased an ownership stake in the company.

The official reason given by Twitter is “repeated copyright infringement.” Not so, Carpe Donktum insisted in a statement:

I have ALWAYS complied with DMCA takedown rules, and I have submitted counterclaims when necessary, but I have NEVER uploaded content that has been removed. I have abided by the community guidelines, and followed the rules. It doesn’t matter.

Donald Trump, Jr. called foul on the social media giant, believing the only reason Carpe Donktum was banned is because his viral memes and videos support President Trump and mock his critics. Said Don Jr., “Twitter claiming he violated ‘copyright infringement’ on videos that are public domain or clearly parodies covered by fair use is beyond fraudulent.”

With Twitter’s banning of a conservative humorist — the latest in a string of efforts to silence conservatives — other conservatives saw the writing on the wall and created Parler accounts.

So what is Parler like? On the booming social media site, a post is a “parley,” a like is a “vote” and a retweet is an “echo.” Instead of Twitter’s 280 character limit or Facebook’s 63,206, Parler’s is 1,000. It’s a safe haven for conservatives who are tired of big-tech censorship, but otherwise it feels like a smaller, more conservative Twitter.

Anyone else on Parler? Just joined and thinking of ditching Twitter.

Join us on @parler_app at @Jim_Jordan!

They don’t censor or shadow ban.

It’s about time y’all joined me on @parler_app . What’s taking the rest of you so long?!

I’m proud to join @parler_app — a platform gets what free speech is all about — and I’m excited to be a part of it. Let’s speak. Let’s speak freely. And let’s end the Silicon Valley censorship. Follow me there @tedcruz! pic.twitter.com/pzUFvhipBZ

A number of people complained on Twitter, saying they had been banned on Parler. Matz replied in a June 30 post explaining with examples that obscene language or images would not be tolerated.

Matze posted July 3 on Parler that the site had reached 2.7 million users, which he said was “much higher then I thought earlier today.” Twitter has 330 million users, so Parler has a long way to go to before users can hope to have as wide an audience.

Parler also markets itself as a platform to find news, much like Twitter. And now, The Stream is on Parler too!

You can find The Stream on Parler @TheStream. Several Stream editors are on Parler:

Please help celebrate and support free speech. Join us on Parler and follow @TheStream and The Stream team.