The Sin of Suppression in Our 2020 Election 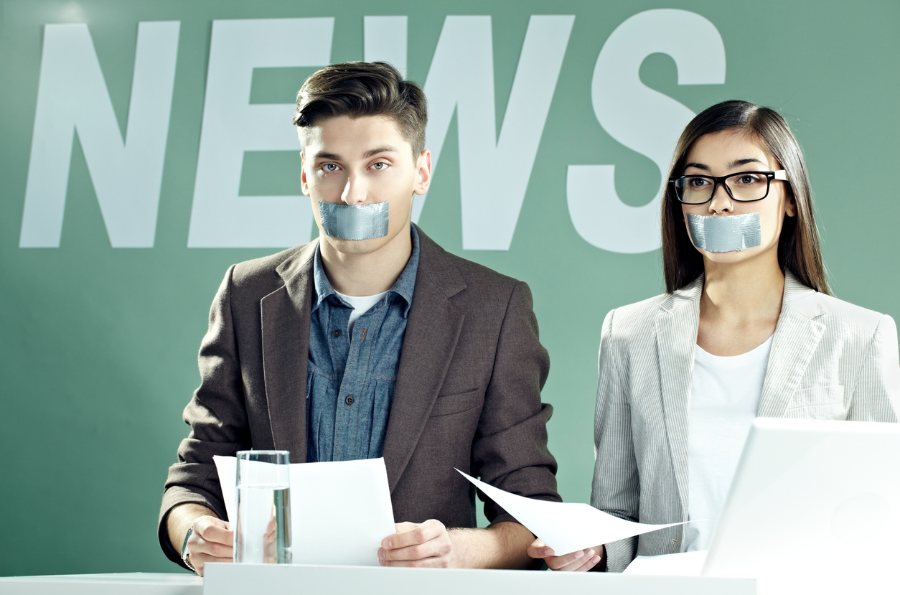 The media suppressed this story for weeks leading up to the 2020 election. The reason is clear: It went against Joe Biden’s narrative that he knew nothing of his son’s business dealings.

One of every six Biden voters surveyed (17%) said “they would have abandoned the Democratic candidate had they known the facts about one or more of these news stories.”

The 2020 election season pulled back the curtain on an ever-increasing codependence between Big Tech, the mainstream media, and far-left Democrats. Much of it involved media suppression of negative news about Biden.

The Apostle Paul spoke of those “who by their unrighteousness suppress the truth” (Rom. 1:18 ESV).

The apostle was speaking in this passage of people suppressing truth they should know about God. I suggest there are other cases besides this where suppressing truth is a sin. One is when media outlets pass off their one-sided party bias, progressive group-think, and blatant lies as journalism.

Here are just a few of the ways the media rigged the election.

Mainstream media moguls chose the same poll strategy they foisted on us in 2016: Puff the Democrats through every corrupt poll. Make Hillary and Joe look like run-away winners. Tell us they’re on the way to landslide victories over Trump. CNN crowed about the Quinnipiac poll, for example, which had Biden up by 15 points over Trump in July.

It’s a one-point sermon: Impossible Win for Donald J. Trump! Knowing that America loves a winner, they hoped that many voters would dump Trump and join the winning Democrat team.

Back to the Burisma Blackout

Hunter Biden was allegedly paid millions of dollars by Burisma when Joe Biden was vice president. Investigators gleaned this information from Hunter’s laptop computer, which he had left at a computer repair shop in Wilmington, Delaware. Joe Biden was overseeing U.S. policy in Ukraine at the time.

Imagine the feeding frenzy if the mainstream media piranhas had uncovered a father-and-son Trump scandal. Nothing like that happened for the Bidens, though.

The Amistad Project, an initiative of the Thomas More Society, says Facebook founder Mark Zuckerberg donated $350 million toward 2020 election causes. He channeled the funds through the left-leaning Center for Tech and Civic Life. This organization doles out funds to counties, towns, and cities across America to administer elections. Their largest donations go to staunchly Democratic areas.

Dallas County in Texas received over $15 million, while the city of Philadelphia received over $10 million. Does Zuckerberg expect something in return? What would that be?

Phil Kline, director of the Amistad Project, stated, “Mark Zuckerberg is providing nearly as much money to this year’s election administration as the federal government.” He adds, “The American people have a right to know what has driven him to take this extraordinary action, and where all the money is going.”

George Soros, patron of progressivism, gave $28.3 million for election causes early in 2020. A big chunk of it went to Win Justice. This group proudly pats itself on the back for delivering the House to Democrats in 2018, and turning many governorships blue.

How long would it take for good investigative journalists to discover who benefits from this potentially corrupt currency? The bread crumb trails shouldn’t be that hard to find and follow.

Recently the Media Research Center and The Polling Company measured the effect of media’s censorship of eight negative news stories on Joe and Hunter Biden prior to the election. They surveyed 1,750 Biden voters in the seven swing states of Arizona, Georgia, Michigan, Nevada, North Carolina, Pennsylvania, and Wisconsin.

One of every six Biden voters surveyed (17%) said “they would have abandoned the Democratic candidate had they known the facts about one or more of these news stories.” This would have easily swung the election to Trump.

The media robbed American voters of important facts and critical information. They stole Americans’ ability to wisely choose the next president. Stealing is a sin!

Ron F. Hale is a freelance writer and serves as guest preacher and interim pastor. In 2020, he was invited to write a chapter in the newly released book, The Right to Believe, published by Vide Press and co-edited a book entitled Victory Over Death: Funeral Messages of Hope and Healing.