The U.S. government must protect Afghan interpreters who risked their lives to assist American troops during nearly 20 years of war. 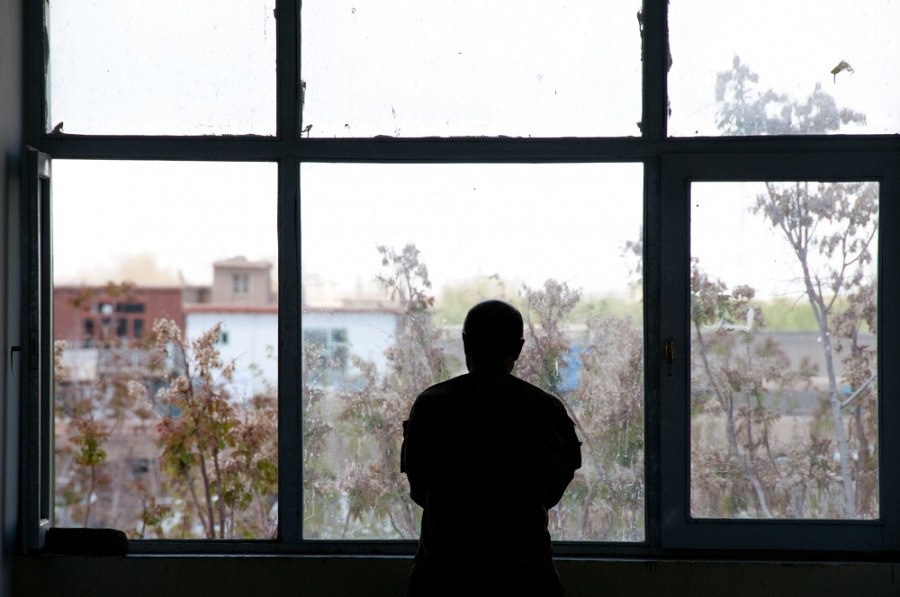 An Afghan interpreter attached to a U.S. Army unit gazes out the window of a government building in Afghanistan's Ghazni Province on April 29, 2012.

For the past 20 years, thousands of Afghan interpreters have risked their lives and the safety of their families to help coalition troops fight al Qaeda and the Taliban in Afghanistan. One of those valiant interpreters was Feda Mohammed.

As the Daily Mail reported in January, Mohammed assisted NATO forces in Afghanistan before being shot dead in a Taliban ambush. In claiming responsibility for his murder, terrorists later bragged that the 42-year-old family man and former English teacher had “died like a dog.”

Today, with U.S. troops pulling out of Afghanistan, countless current and former Afghan interpreters fear a similar fate. As The Stream recently noted, these selfless Afghans and their families are being hunted down, tortured and killed by some of the world’s most vicious terrorists. According to the New York Times, May 2021 was also the deadliest month for Afghan military forces and civilians in almost two years.

America, which relied heavily on these Afghan interpreters during the past 20 years of war, has an obligation to step in and help save the lives of these freedom fighters. The time to act isn’t the targeted September 11 U.S. military withdrawal date set by the Biden administration; it’s right now.

Thousands of Afghan interpreters served alongside the U.S. military and played a pivotal role in our mission.

As the U.S. withdraws from Afghanistan, they deserve our protection. pic.twitter.com/ergV4wmncu

“We need to help those who risked it all for us and continue to face threats in their home country,” U.S. Army Medal of Honor recipient and 8 Seconds of Courage author Flo Groberg tweeted on Wednesday. “Time to give them an opportunity with a future.”

“We have a moral obligation to keep our word and help the people who risked their lives by assisting American forces in Afghanistan,” Francona told The Stream in a Thursday email. “Failing to do so is not only dishonorable, it will make us less safe as it will be more difficult for people to look at us as credible and trustworthy allies in the future.”

As veterans like Francona and Groberg join a bipartisan group of lawmakers in calling on the U.S. government to protect these patriots, the message seems to be getting across to the military’s top brass.

“Their safety could be at risk,” said Gen. Mark Milley, Chairman of the Joint Chiefs of Staff, as quoted by NBC News. “And we recognize that that’s a very important task, is to ensure that we remain faithful to them and that we do what’s necessary to ensure their protection and, if necessary, get them out of the country if that’s what they want to do.”

As Reason pointed out this week, however, the U.S. is still lagging behind the U.K. in implementing swift and specific plans to shield and relocate Afghan interpreters who helped their country’s military. Reason’s Fiona Harrigan reports that the British government has resettled close to 1,400 Afghan partners and their loved ones, with plans firmly in place to help over 3,000 more.

“The U.S. should take note,” Harrigan wrote. “The American immigration pathway for interpreters, the Special Immigrant Visa (SIV) for Afghans, is deeply dysfunctional.”

“It is imperative that the highest levels of the federal government act with the utmost urgency and a clear sense of purpose,” he wrote. “Every day that passes without action will lead to people who stood beside us on the battlefield being slaughtered.”

General Milley’s office released a statement saying “there are plans being developed very, very rapidly here, not just interpreters but a lot of other people that have worked with the United States.”

I have no doubt that senior military leaders want to help these Afghan interpreters and their families. But when allies of America and NATO are being stalked, targeted and murdered, the time for rhetoric has passed. The U.S. government must start using every necessary tool to save the lives of any and all Afghan interpreters who risked it all to work with our military and intelligence professionals over the past two decades.

President Biden: it is time to make shielding these interpreters from the Taliban and al Qaeda one of your most urgent foreign policy priorities. By immediately cutting that red tape, our country can help save countless Afghans from sharing the same tragic fate as fallen heroes like Feda Mohammed.

Talk is cheap. It’s time to step up and save lives before it’s far too late.