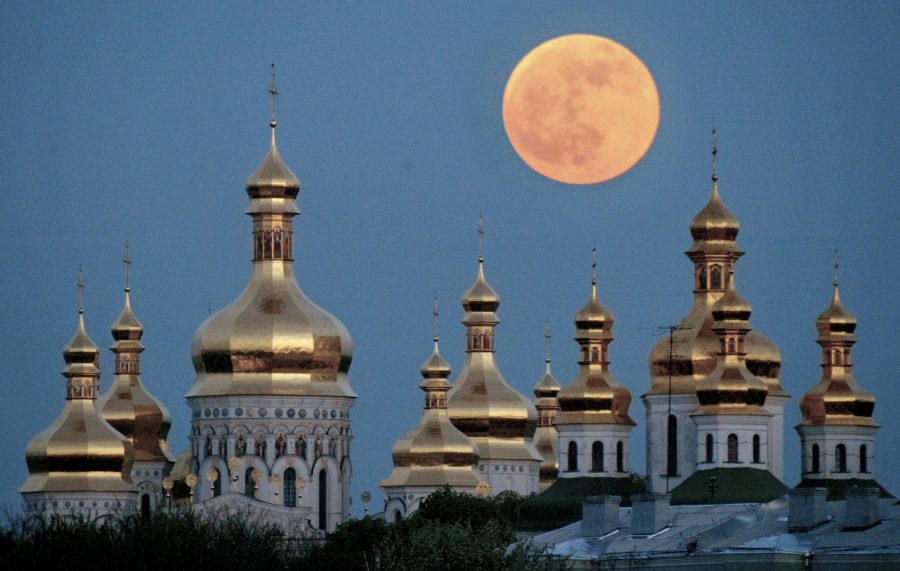 I haven’t written here in a while. I spent the past few weeks traveling and visited our medical team on the Ukraine border with Poland. I oversaw delivery of aid we raised for Ukrainians through the Vulnerable People Project. The victims of Vladimir Putin’s war are no abstraction to me. I’ve met hundreds of them, and helped some get to safety in Poland, even using networks of previous Afghan refugees we resettled after America’s crass surrender there. I ask that you pray in particular for young women fleeing the conflict. They are the prime targets of human trafficking rings, which are using the chaos to capture and exploit fresh new victims.

I know that there are real atrocities taking place, some of them at the hands of Chechen mercenaries whom the Russians unleashed on Ukraine. That’s a bitter irony, since 20 years ago Chechnya itself was devastated at Putin’s orders. I’ve seen first-hand the courage of front-line Ukrainian soldiers. They don’t want their country conquered.

But I worry more and more about how elites in the West are exploiting this conflict. The U.S. and NATO are rightly unwilling to risk a nuclear conflict by fighting Russia directly. So they’re pouring arms into Ukraine, and apparently urging Ukraine’s leadership not to negotiate for peace. Instead, as John Zmirak has warned here, Joe Biden and others in the globalist/neoconservative elites seem to favor crippling Russia for the next 10 or 20 years. They want to bog Russia down in a bloody “quagmire,” which would leave Ukraine a blasted, uninhabitable hellhole. They’d destroy the country to “save” it.

And sadly, America’s leadership class is very skilled at doing exactly that: applying sufficient force to wreck a place, but not to redeem it. Ask the people of South Vietnam, Cambodia, Laos, Iraq, and Afghanistan how much they benefited from trillions in U.S. aid, and thousands of U.S. deaths.

Unconditional Surrender Is the Rare Exception

It’s one thing to scoff at negotiating when you’re facing Nazi Germany, and have a realistic plan for bringing that regime to its knees. It’s a rare case when we can afford the moral luxury of demanding unconditional surrender — or “regime change.” Apart from such righteous crusades against almost pure evil, some 99% of wars throughout human history have ended via a negotiated peace. Ideally, such a peace will resolve some of the grievances on both sides that provoked the conflict. Otherwise, you’re simply planting the seeds of a new war 20 or 30 short years later.

The Russian government broke international law and outraged the global conscience by resorting to military force. But it didn’t start this invasion in a vacuum. There are some real concerns that Russia had, which the West ignored and encouraged Ukraine to scoff at. For example, hinting that Ukraine might join a military alliance like NATO aimed at Russia — an empty tease since it’s obvious that NATO can’t muster the unanimous vote needed.

A Compromise Leaves Both Sides Unhappy

The Russian government won’t end its attack on Ukraine without resolving some of its concerns — not unless it is comprehensively defeated on the battlefield. Ukraine cannot do that, and NATO won’t. Any U.S. effort to do so would mean dancing on the knife edge of a potential nuclear war, the more so since Vladimir Putin would rightly fear losing his job or his life for surrendering.

It’s all well and good for a bumbling front-man like Joe Biden to mutter some phrases his speechwriters cribbed from Churchill. Then blame domestic chaos, energy shortages, and exploding inflation on Putin. Americans are suffering, and this is one way to distract them, through sleight of hand.

Fighting for Western Interests to the Last Ukrainian

But the people I met in Ukraine don’t deserve to have their country used as a punching bag for the benefit of Western politicians. Nor is it wise for Ukraine’s leaders to put too much faith in American promises and rhetoric. Not when our top generals are openly admitting that they hope to turn Ukraine into a killing field for Russians, with no off ramp in sight. For every Russian conscript killed, how many Ukrainian civilians will have to die? How many cities must be devastated to help the Democrats in the upcoming mid-term elections?

Make no mistake. That’s a main concern of the Biden administration. Expect it to serve as an obstacle to peace efforts at least until those elections are over. Tragically, it serves their cynical interests to keep American voters’ eyes on foreign atrocities, instead of the local gas pumps or school board meetings. And Ukrainians will die as a side effect of Biden’s poison gaslighting.

The same administration that favors legal infanticide and jail time for pro-life whistleblowers is willing to pile up bodies in Kyiv and Odessa. Ukrainians need to know that their fair-weather friends are using them as human shields for their failed and failing policies. And they need to get busy with real peace efforts quickly.

Or else they’ll end up in the same place as previous U.S. allies in Saigon, Baghdad, and Kabul.