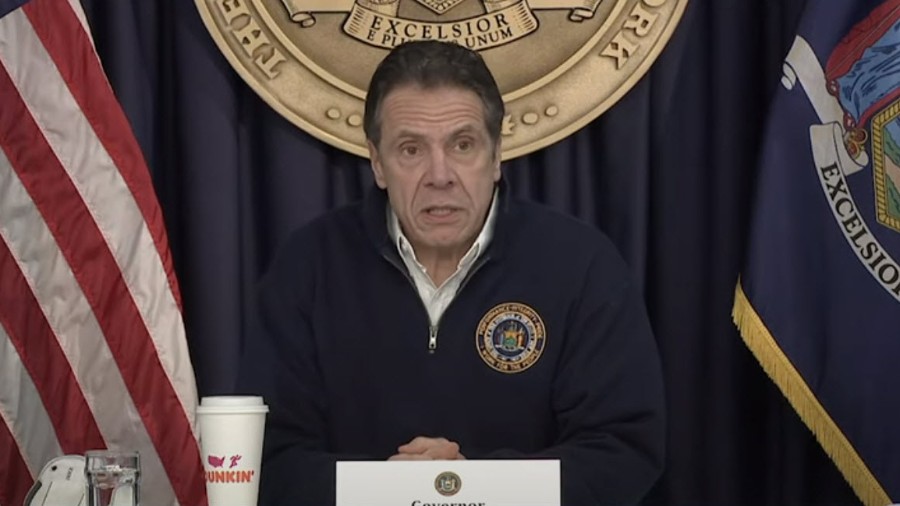 Remember how blue state governors like Andrew Cuomo seeded nursing homes with COVID patients, ensuring that thousands of the most vulnerable Americans caught the disease and died of it? That pumped up the death stats and justified mail-in balloting and ballot harvesting — clinching the 2020 election for the Democrats.

Meanwhile those governors left hospital beds empty if Donald Trump or Christian charities (i.e., Samaritan’s Purse) had provided them. And all the while these Democrats crowed about protecting people from COVID, closing down schools and “non-essential” places like churches — while keeping liquor stores, casinos and abortion clinics humming.

We now know that the lockdowns accomplished absolutely nothing. That cloth masks never worked. That kids were never at risk — except from the side-effects of two years’ isolation and panic.

They Lied Then and They’re Lying Now

Remember all that? Remember how the media wouldn’t admit any of this, and you had to squeeze out the facts from alternative sources like The Stream, The Epoch Times, Revolver News and Tucker Carlson’s show?

Why would you trust the same elites who lied to us about thousands of dead Americans, and conspired in locking down most of the world, when they report to you on the Ukraine war? I’ve already posted links here that compile the worst examples of Ukraine disinformation — news stories that used footage from Afghanistan or Star Wars movies or video games. We know that active censorship is being used to block out any comment or reporting that our masters consider “pro-Russian.” It’s the same game the same oligarchs played when they censored “misinformation” about COVID — most of which later turned out to be true.

Opt Out of the Gadarene Swine

So don’t believe them. Don’t fall for the hype. Don’t let the same cynics who told you the Hunter Biden laptop was Russian disinformation whip you up into a frenzy of rage and vengeance. That’s what these corrupt and unspeakably cynical elites need if Biden is to risk a nuclear war by shooting down Russian planes, or providing Ukraine pilots, jets, and missiles. Don’t play their game. Don’t follow the trail of dog treats that leads us over the cliff.

The single best thing any American could do to understand what’s happening now would be to watch the classic 90s satire Wag the Dog. It shows how a corrupt elite manufactures a foreign war to help its political fortunes. And get this — it was made five years before the Bush administration lied us into war with Iraq. Seriously, gather the kids and watch it as a family. It’s the best civics class on earth.

Watch for Glitches in the Matrix

And watch out for little “tells,” glitches in the Matrix that reveal what our masters are really up to. For instance, the president of Ukraine is now threatening Russia that if it doesn’t make peace soon, it risks a “third world war.” Do you remember electing that guy? So where does he get off speaking on America’s behalf? We are not allied to Ukraine. No treaty binds us to protect that corrupt little republic where dissidents sit in prison and neo-Nazi fanatics form official army units. So where does a foreign leader get off threatening a world war on our behalf? That was a glitch. Our masters hope we won’t notice it.

But the most glaring piece of evidence of hypocrisy and cynicism so far appeared Sunday. I’ll highlight it for you, and beg you at the foot of the Cross to ponder what it means.

We Caused Half a Million Dead Civilians in Iraq

The coordinated agitprop coverage of the Ukraine war has done all it could to maximize the appearance that Russia is slaughtering civilians. When the U.S. invaded Iraq, our media bent over backwards not to report on civilian casualties — we caused some 500,000-700,000 in that war based on fake intelligence and imaginary WMDs. We’re bombarded with genuinely sad stories of victims of this war, spun so as to justify a ramped-up fight against Putin.

In fact, the suffering of civilians ought to move us to seek a compromise peace agreement as soon as possible. That is, if what we care about is … protecting helpless Ukrainians. Read about the peace terms Russia has offered. Are any of them so outrageous that we ought to see thousands more Ukrainians die, and risk millions of Americans, to tweak them?

How important is it to force millions of Russian-speakers in traditionally Russian regions to live under Ukrainian rule — just to keep Ukraine’s 1950s borders sacrosanct? Or to keep Vladimir Putin from “winning,” as if this were a schoolyard brawl or a game of Dodgeball?

Our Elites’ Real Agenda: Years of War at Ukraine’s Expense

But what if our elites’ agenda is something else? If the Deep State actors and media collaborators who lied about Hunter Biden’s laptop, and Russian collusion, and COVID, have another goal entirely? Consider this theory: The same forces that overthrew the democratically elected Ukrainian government in 2014 for being too pro-Russian, that distributed bribes via Hunter Biden, that urged Ukraine to draw ever closer to NATO, don’t want peace. They don’t care about Ukrainians, except as cannon fodder. If they can’t force Russia to surrender unconditionally (leading to Putin’s likely ouster), they want to make Russia bleed.

They want to keep sanctions in place indefinitely, to cripple Russia’s economy, to punish Russians worldwide, and to keep some guerrilla war going on in Ukraine for decades, if necessary. To make Ukraine into Putin’s Vietnam, whatever the cost in human lives and suffering. That’s the new plan proposed by the Deep State’s best and brightest.

USA Today gave the game away in a recent report. This appeared Sunday:

Instead, a “quagmire is the realistic ‘goal,’” Michael O’Hanlon, a senior fellow at the Brookings Institution, though he said continuing to help Ukraine fight the Russians and weakening Russia’s economy with crippling economic sanctions can help set the stage for successful peace talks.

As weapons and other supplies continue to flow into Ukraine, the military stalemate will harden, said Mark Cancian, senior adviser with the Center for Strategic and International Studies International Security Program.

“That may be the point when Russia decides that it’s worth negotiating,” he said. “They seem to be edging towards that now anyway.”

“Stalemate is not armistice or cease-fire. It is a condition in war in which each side conducts offensive operations that do not fundamentally alter the situation. Those operations can be very damaging and cause enormous casualties,” Frederick W. Kagan, George Barros and Kateryna Stepanenko wrote in an assessment published Saturday.

Fighting to the Last Dead Ukrainian

The report ignored the fact that Russia has already offered peace terms, and reasonable ones at that. So our elites at places like Brookings are contemplating long months or even years of brutal war with “enormous casualties,” rather than starting negotiations now. What possible outcome could they be seeking, except to weaken Russia further to suit their own agenda? They’re willing to fight till the last dead Ukrainian civilian, for the sake of expanding Western power — and for no other reason or principle. Like World War I, it’s a snuff farce, a war about nothing.

The same spirit that shrugged as grandmas and veterans died on ventilators in nursing homes is now scoffing at the human cost in Ukraine. It’s a dark spirit, one only cast out by prayer and fasting.