Pastors, You Cannot Be Silent 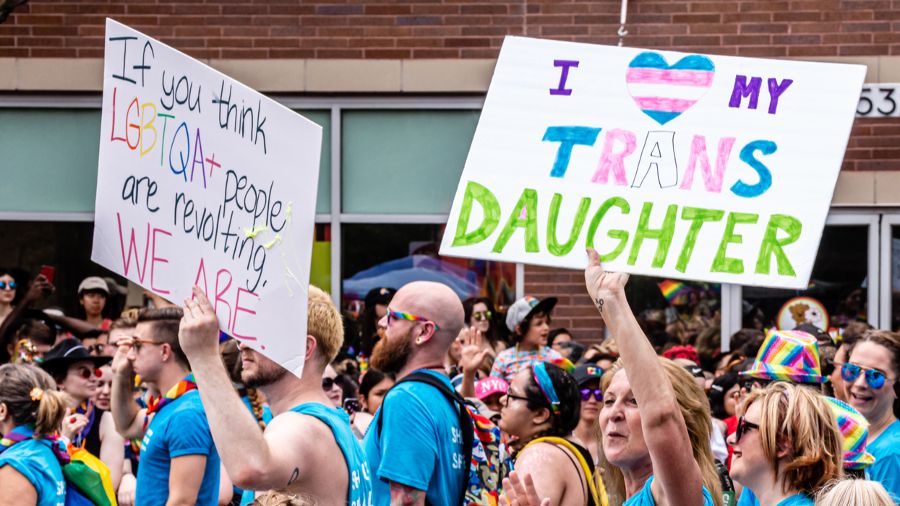 If you have accepted God’s calling on your life to serve His people as a shepherd and a leader, then you have my respect. I honor you for your service, and I recognize your sacrifice.

Pastoral ministry is anything but easy, and only those who have served as pastoral leaders know the immense pressures you face.

You are the one to get the phone call from the shocked parents who just learned that their child was killed in a car accident. You have to bring comforting words at the funeral. You have to answer the questions of, “Where was God?”

Last Sunday, after touching on some of these issues while preaching at a fine church near Saint Louis, there was a line of people waiting to talk with me.

No wonder so many pastors burn out and quit, especially when they do not have a strong support team with them.

That’s why the last thing I want to do is add more pressure to your life.

Instead, on behalf of many of your people who are hurting and really need help, I want to make this appeal: My brothers and sisters, at times like this, you simply cannot be silent.

Hurting People in Your Congregation Need God’s Love and Truth

I’m speaking about the family members that write to me in tears, sharing their own horror stories.

That’s why I say that, at times like this, you cannot remain silent.

I understand the reticence you may have had in the past to talk about homosexuality or transgenderism from the pulpit. Why stir up a hornet’s nest? Why be branded a homophobe and a bigot? Why subject your church to a flood of hateful attacks and bad publicity? And who has time to research all the relevant issues? Isn’t it just better to preach through the Bible and bring your flock into spiritual health? Why not leave the politics to others?

The answer is that this is not a matter of politics but of human lives.

The answer is that the Bible absolutely speaks with authority and relevance to these difficult cultural issues.

The answer is, as representatives of Jesus, we can never avoid controversy and conflict.

And the answer is that people in your own congregation are hurting, and you have a sacred responsibility to help them.

A Long Line of People

Last Sunday, after touching on some of these issues while preaching at a fine church near Saint Louis, there was a line of people waiting to talk with me.

One woman told me that in a local, private pre-school, a boy recently announced that he was a girl, because of which the teacher decided to educate the other kids about trans issues. (We’re talking about kids as young as three or four.)

Books were read to them about a red crayon that feels like a blue crayon, helping them understand that they too might be trapped in the wrong bodies. And this went on for a few weeks before the parents found out about it.

Another woman told me that she has been working in special education in a local high school since 2006. When I asked her if the school had changed over the years, she replied, “Totally.”

She then told me that the new principal only wants gay faculty at the school and that he will not hear a dissenting word from anyone.

Those were just some of the stories.

Marginalized and Pushed Out for Not Accepting the Radical Agenda

My driver then told me he had been working at Wells Fargo bank for 41 years. When I asked him if things had changed (with specific reference to LGBTQ+ activism), he literally grabbed his head with his hands (while driving). He was grieved beyond words.

Things have gotten to the point, he explained, that if you do not actively support this radical agenda, you will be marginalized and pushed out.

In fact, a friend of mine who used to work for Bank of America left the company a few years ago after getting systematically pushed out because of his failure to be an open and active LGBTQ+ ally.

For years now, I have heard horror story after story, including impassioned pleas from a mother whose teenage daughter is now getting hormone shots to help her transition rather than getting the mental health care she needs.

Or teary-eyed looks from a father whose 17-year-old daughter suddenly began to identify as a boy. (The older daughter has cut off all communication with their father because he won’t affirm her sister’s trans identity.)

The list is as endless as it is heartbreaking — and in truth, I have not even scratched the tip of the tip of an absolutely massive iceberg.

To say it again, these are your people too, families and individuals within your own congregation. (Perhaps that 15-year-old who walked into your building last week is struggling with same-sex attraction, considering either suicide or embracing his gay identity. You may be his last hope.)

And, if I may be totally candid, one reason that we are in the midst of this very real crisis which is affecting millions and millions of people is because, for all too many years, we have failed to address the relevant biblical and cultural issues.

I appeal to you, then, as a fellow-worker in the Lord, please don’t wait another minute. Ask the Lord for His wisdom and strategy, and then take the plunge. Our Father will be pleased, your people will thank you, and whatever opposition you endure will be worth it.

If you need a good place to start, consider this terrific resource that you can share with your people, a terrific documentary from American Family Studios titled In His Image. And be assured that there are many support ministries around the country that would be glad to lend a helping hand.

No sooner had I finished writing this article than I saw this tweet from a colleague: “My son got in trouble today for ‘misgendering’ a confused sixth grade girl. The mother actually came to our house, told my wife she’s a disgusting parent, screamed at her, and said she’s gonna sue us. This is what all you poor homeschoolers are missing out on.”

Editor’s note: The Stream‘s Pastor’s Corner has a section of sexuality to assist pastors on addressing this topic. Articles in this section include “Homosexuality and Transgenderism, a Practical Ministry Explainer Series for Pastors: Introduction.”