MLB Opening Day: Mixed Emotions, But Baseball is Back

Major League Baseball's return is something to celebrate, but fans shouldn't forget the lockout that almost prevented it. 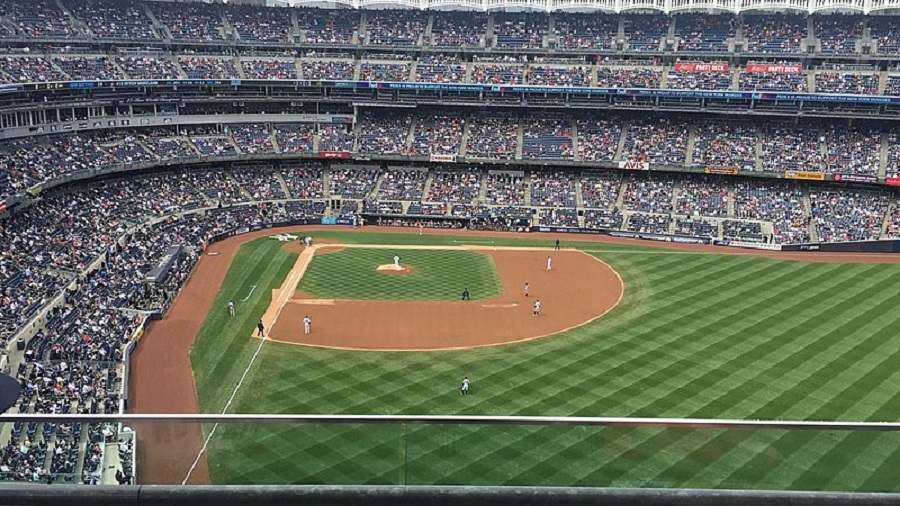 A Major League Baseball game is played at Yankee Stadium in The Bronx, New York.

Thursday and Friday mark Opening Day for all 30 MLB teams. At long last, the 2022 baseball season is underway despite Major League Baseball’s best efforts to stop it from happening.

Most fans have seemingly moved on from the 2021-22 MLB lockout, but for this lifelong MLB fanatic, the bitterness still lingers. After staging a fake 60-game “season” in 2020 and turning what should have been a COVID-19 safety debate into a toxic financial dispute, baseball commissioner Rob Manfred and MLB owners locked out the players shortly after the shaky but ultimately successful 2021 season’s conclusion.

The 99-day MLB lockout was completely unnecessary and based entirely on falsehoods from Manfred and the owners he represents. The lies, many of which were spread by largely compliant national baseball writers, continued throughout the lockout. Manfred twice announced that regular season games would be cancelled, but those were also lies designed to pressure players into accepting the latest collective bargaining agreement offered by the owners. After an agreement was reached on March 10, a full 162-game schedule was released and Manfred was never held accountable for his blatant dishonesty. No baseball fan should ever trust this embattled commissioner again.

Still, I admire fans who refuse to let Manfred and his corrupt cohorts ruin their love for America’s pastime. Despite declining popularity, baseball remains a beautifully great game even with recently imposed rule gimmicks. The bottom line is that millions of Americans still love going to the ballpark or turning on the television (or these days, a smartphone) to watch a baseball game. With all the suffering going on in the world, being able to turn your attention elsewhere for three, four, or sometimes five hours is a good thing.

I still haven’t resubscribed to the MLB Extra Innings or MLB.TV packages I’ve had for well over a decade. I’m not sure I will until those lockout lies finally wear off. I also didn’t renew the Washington Nationals spring training season tickets I’ve had since 2017.

My family did, however, go to a few games here in Florida this spring. This past Sunday, we brought our youngest daughter Natalie, who has Down syndrome and is named after the 2019 World Series Champion Nats, to The Ballpark of the Palm Beaches in West Palm Beach.

Nat is having so much fun at the ballpark today! @Nationals @Ballpark_PB #DownSyndrome #Nats #NATitude pic.twitter.com/3CclBPSwbF

As you can see in the above photos, Nat had a wonderful time and was smiling throughout the game, which the Nats won. That’s what baseball should be all about: fun and family. If anything good comes out of the 2020 debacle and 2021-22 lockout mess, it’s that MLB hopefully realizes it’s time to get out of the way and give America’s pastime back to the fans. Oh, and also lower those ballpark beer and hot dog prices while they’re at it (yeah, right).

Even while growing up without a home team to root for in the Washington, D.C. area until 2005, baseball has been central to my existence for more than four decades. Simply put, I couldn’t imagine my life without it. That began to change these last two-plus years, which should frighten every single MLB executive. If you keep toying with the passion that most lifelong baseball fanatics feel for their favorite sport, there will be a time when the fans stop coming to games and buying MLB subscription packages and merchandise. I nearly reached that point this winter and still haven’t fully invested myself in the upcoming season.

I hope everyone is able to relax for a few hours and enjoy watching some baseball this Thursday and Friday. Except for Rob Manfred, of course.