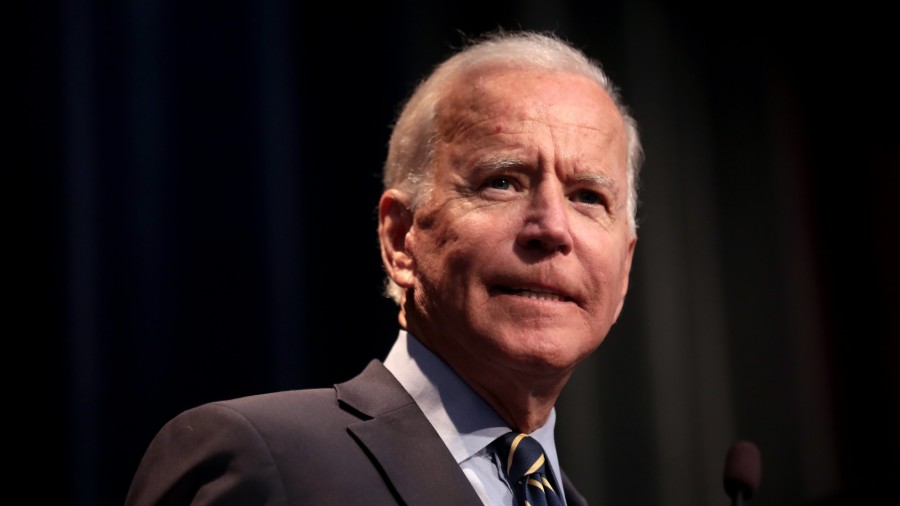 Yeah, I know electors will anoint Joe Biden as president-elect Monday. But you know what would make life better for America? For Democrats?

If Joe Biden would right now concede the 2020 race.

Concede that the thousand-plus Americans who swear under penalty of law and Antifa threats that they saw and experienced wrongdoing in the election must be heard. Admit what Democrats and the media had been saying for years is true, that the Dominion voting system was easily and readily corrupted.

Concede that is statistically impossible for the voting spikes overnight in places like Wisconsin, Michigan, Pennsylvania and George to have been legit.

Concede that it is criminal that an estimated 30,000 Republican absentee votes in Pennsylvania alone never got counted.

Concede that the video showing partisans in Georgia sending observers and media home, then counting (and recounting) ballots pulled out from under tables, is damning evidence.

Concede that the number of non-citizens voting far exceeds Biden’s margin of victory. Then add all the dead people and ineligible voters who voted.

Concede it is crazy to think he could win while losing big in Ohio, Florida and in 18 of 19 bellwether counties. Crazy to think he won despite having coattails so short as to not bring a single Democrat in a toss-up House race to victory … while Trump’s coattails delivered 27 wins.

Concede that it is unrealistic for a campaign that was bailing out police-attacking rioters and refused to condemn by name groups that were attacking peace officers nationwide to have won when, by Biden’s own admission, the GOP “beat the living hell” out of Democrats across the country because of the Defund the Police movement.

Concede that there’s no way on earth a candidate who did not campaign, had no ground game, had no enthusiasm, can’t remember what office he’s running for, and was plugging policies destructive to the swing states, won 10-plus million more votes than Barack Obama.

Concede the evidence is overwhelming that he did not win legitimately. (See here for the spreadsheet that lays out links the evidence. See here for Sidney Powell’s legal filings, which lay out the cases in assorted states.)

He Won’t Concede, Though He Should

Still, it would be better for America … and for Joe Biden … and the Democrats … for him to concede right now. Why? Because the China scandal, Biden family money-laundering scandal, and a host of other trouble is barreling toward him like a freight train.

It didn’t take a genius to know that the media and Big Tech censoring of Joe Biden’s involvement in Hunter Biden’s Chinese business dealings would end the minute Joe’s usefulness ended. Repeatedly we said the Democrats and their string-pullers wanted ride the hollow shell that is Joe Biden into the White House and dispose of him like a dead carcass at first convenience.

Sure enough, it’s starting to happen. Even CNN is reporting that the FBI is not just investigating Hunter Biden’s taxes, but also Biden for money laundering and his Chinese dealings.

And what do we know about Hunter Biden’s Chinese dealings? Joe Biden is the “big guy.” Joe Biden was involved up to his plastic-surgery tightened face. We know from Biden family business partner Tony Bobulinski that the Chinese were funneling deals the Biden family’s way for one reason: Influence.

We know the Chinese considered Trump an obstacle, and Biden’s “win” is, well,  um. You know. Damning is the video of the Chinese professor Di Dongsheng explaining just how in their pocket Biden is. Tucker Carlson aired it after Chinese censors pulled the video. Listen to the laughter of the knowing audience. The clip of Di starts about 2 minutes in.

We know from Director of National Intelligence John Ratcliffe that the Chinese have been running a massive influence gathering operation, including bribery and blackmail of government officials.

Gee, how does $1.5 billion to the crack-addled, hooker-chasing son of the vice-president (and future “President-elect”) sound?

We know Joe Biden lied about his knowledge of Hunter and his brothers’ business activities. We know Joe repeatedly swore Hunter has done no wrong and that the whole Hunter Biden laptop story was a “Russian plan.”

We also have an email from Hunter describing Joe Biden as an “office mate” of one of his Chinese business partners.

We know Joe Biden’s brother James is also under criminal investigation for his shady dealings with a Florida health care company. During his dealings, James bragged that Joe was excited about what he and the company was planning to do. So either Joe is involved in the alleged fraud or he has to testify his brother is a con artist.

We know Joe Biden was involved in the Obama Administration’s efforts to use the Trump-Russia concoction to sabotage the incoming Trump administration, and was personally involved in the effort to get General Michael Flynn. Meaning, he is caught up in John Durham’s criminal investigation into the origins of the Russia Collusion black op.

What else do we know? Although the media will not yet say it, we know there is absolutely no way in the world the FBI could be investigating Hunter and James’ Biden’s financial dealings for two years without Joe Biden being under investigation as well. Bobulinksi himself says the FBI interviewed him for five hours about his knowledge of Biden Family, Inc.

Which mean the United States will be installing in the Oval Office a president neck deep in three criminal investigation and already compromised by our most dangerous rival. According to the Chinese themselves. (Assuming the Supreme Court doesn’t have the stones to declare the election an utter corrupt mess.)

Which means, a Joe’s presidency would be over before he’s even finished saying the oath.

Which means, after a hellish 2020, American would have to endure a smelly, stinky mess of a real political corruption scandal. With real congressional hearings. With real indictments. After all, it’s not like a slew of Hunter’s business partners can go to prison and he can walk free. Or at least not without those partners ratting Hunter and Joe and James.

Sure, Kamala and Obama will go to Joe and say, “Maybe your health isn’t so good. Maybe you are few cards short of a deck. Maybe you can bail out now for ‘health reasons’ and a lot of this goes away.”

How will honest Democrats react to discovering they had been played? (Again.) Kept in the dark about the Bidens, all to get the thoroughly unlikable Harris in position to take over at first opportunity? More mess. More chaos. A lot more people realizing “Gee, maybe a fix was in.” How in the world does that end well for Democrats?

We Can Avoid All the Chaos

Meanwhile, the 75 million people who know they were robbed, to say nothing of the states who feel nullified, are going to be riled up. I mean, the Texas GOP is already talking about secession. All told, a mess.

But we can avoid chaos. We can save the country from the polluted panorama of Chinese-connected corruption bringing down an administration. It would take one simple act: Joe doing what he would have done early election night, had the vote counting not been stopped, and hundreds of thousands of votes not popped up out of the shadows.