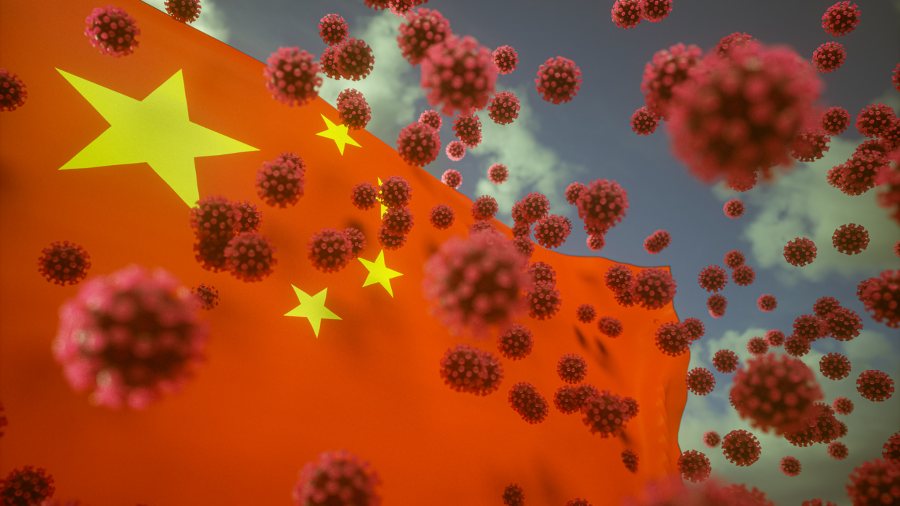 In late July, Stream Senior Contributor Jason Jones and his family came down with severe COVID symptoms. They took good care of themselves, and managed to stay off ventilators. Now Jason is ready to talk about his experience and the political resolves he drew from it.

John Zmirak: You and your family are just pulling out of a fierce battle with COVID. How many people got sick and how sick did they get? What were the worst symptoms and scariest moments?

Jason Jones: My wife and I and all five of our children still at home caught COVID. My children had mild symptoms and they were only sick for a few days. My 11 year-old daughter completely lost her sense of smell. That was very distressing for her — she is our family chef. My wife had a fever for 14 days before it broke. I had a fever for about 2 weeks and suffered the most serious symptoms. For about two days my lungs were filling with fluid and I had shortness of breath and respiratory distress.

You Can’t Really Be Sick, Man

Because you’re a public figure and were public about your struggle, you got lots of messages throughout your illness. What were the most encouraging and most infuriating?

Of course, I was grateful for the prayers. My wife actually broke down crying, overwhelmed by all of the emails, gift packages and letters we received from all over the country. I was taking Ivermectin from the first day of my diagnosis and have been consistent with my vitamins C, D and with zinc since February 2020. 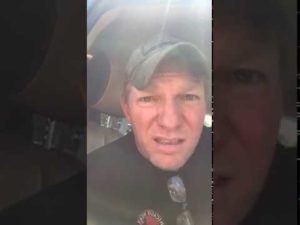 But I also received dozens of unwelcome messages. These came from people informing me that there was no way I could still be sick. Not if I was taking Ivermectin and the vitamin protocol. It was illuminating. Many conservatives are looking for a guarantee in alternative medicine. With COVID there is no guarantee. It is a lotto scratch off ticket. You don’t know what you are going to get. If you get it you might just die. There were two days when I really didn’t think I would make it.

Listen to the full conversation between Jason and John about COVID, vaccine tyranny, and Catholic “sharia” Integralists at The Jason Jones Show. Subscribe for weekly insights and inspiration.

What did you learn about the disease firsthand, from struggling against it intimately?

COVID is relentless. It is unlike any flu bug I have experienced. Pneumonia is what you need to guard against. I am encouraging all of my friends to get Azithromycin and Prednisone. You don’t want to wait in an ER for 18 hours to get a simple prescription when you are in the middle of a battle with COVID.

What medical treatments finally worked for you? What’s your advice to those of us who still haven’t caught this disease?

Did You Ever Wish You’d Taken the Dead Baby Vaccine?

When you were at your sickest, were there moments when you wished you’d taken the vaccine, despite its links to the use of tissue stolen from aborted babies?

At my darkest point, my lungs were filling with fluid. I was having coughing fits. So I attempted to drive myself to the hospital. When I got to the car my lungs were seizing and I was expressing fluid from my mouth. I literally fell out of my car on the sidewalk in front of my house. As I was crawling to my house I thought of the famous, “Bring Out Your Dead!” Monty Python scene. I asked myself, “to avoid this would you have taken the vaccine.” “Not for a second. I will never take the Johanna vaccine.”

[Johanna is the name of the Dutch girl aborted in 1972, whose kidney cells were harvested, and used for tests on every approved vaccine. –Eds.]

China Must Be Made to Pay

As a US infantry veteran, how do you regard the US government’s response to the likelihood that this is a Chinese bioweapon, intentionally spread around the world by the Chinese Communist Party? To Anthony Fauci’s links to the development of this disease via “gain of function” research he’d funded?

How dangerous do you regard the push to force vaccination on the American public? On active duty military? On Catholic seminarians and college students?

We cannot overstate the danger to the health of our young people but more importantly we cannot overstate the danger to our posterity. In 18 months we have been ripping up ancient liberties whose roots go down centuries, across our country, through Independence Hall in Philadelphia, through Runnymede and Magna Carta, to the dark forests of Europe.

Our “Elites” Are Deadly Parasites

What has this pandemic and our institutions’ responses to it taught you about America today? The Catholic church? The battle for the vulnerable going forward?

Our elites are not “ours” nor are they “elite.” They are bloated maggots living in the wounds of our body politic. The Catholic Church is governed by perverse bureaucratic who were MIA in the darkest days of the pandemic. Countless faithful Catholics died without Confession or Last Rites. Our political leaders, with a few notable exceptions, lack the courage to fight for the truth and stand up to the media-generated narratives.

We the people need to rally around two banners, Truth and Retribution. We owe it to our children, we owe it to our posterity, and we owe it to every family that lost loved ones to the CCP Virus and to malevolent policies like Cuomo’s nursing home disasters.