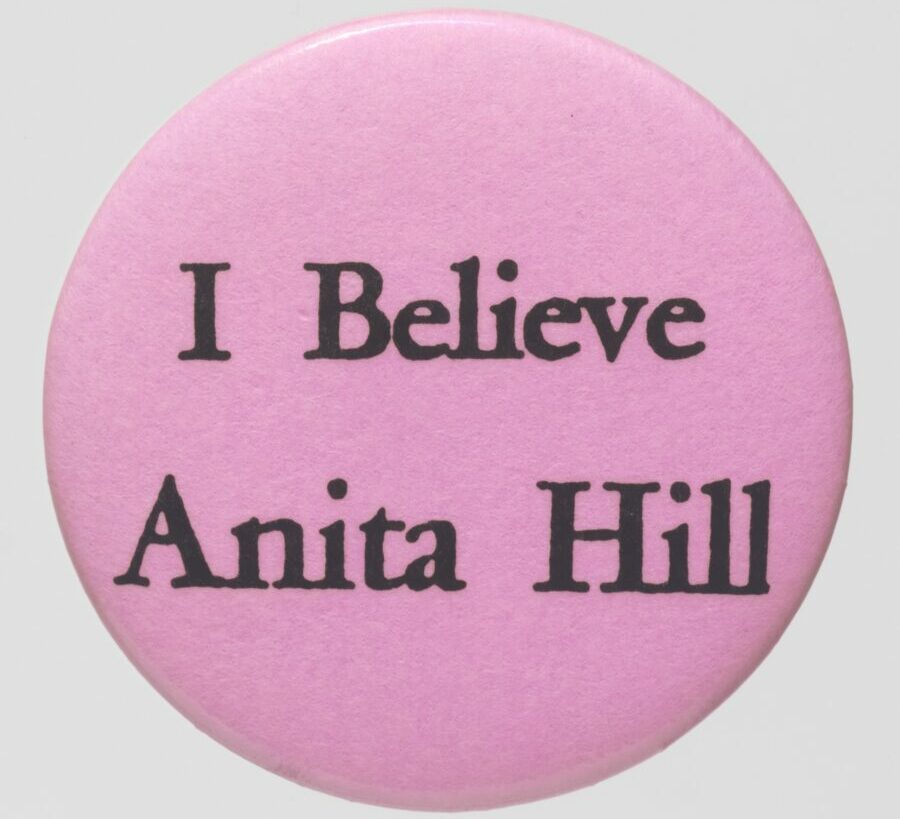 Anita Hill is out with a new book: Believing: Our Thirty Year War to End Gender Violence. Hill, readers will recall, accused Clarence Thomas of sexual harassment in 1990.

In an excerpt in The Atlantic, Hill defends Christine Blasey Ford. Hill’s is a poor argument that, like recent efforts by Jennifer Rubin, could set back the cause of women fighting to prevent sexual assault. Hill substitutes emotion for reason. She ignores facts or offers partial truths.

Hill’s performance is not only unconvincing, it is damaging to the very cause she champions.

Ford’s Own Kin Didn’t Believe Her

First, however, my usual full disclosure. For the past year I have been writing a book about the Blasey Ford fraud, of which I was a victim. Ford accused me of being in the room when Brett Kavanaugh assaulted her. Next, criminal opposition researchers, sociopaths, and the corrupt media — a cruel triumvirate that I collectively call the American Stasi — tried to extort me. When I refused to talk (they had the story written already) Ford and her DNC handlers tried to delay the hearings. Thus Ford’s “fear of flying” scam. The hope all along was that Kavanaugh would get worn down and withdraw.

Two problems with Hill’s Atlantic piece instantly jumped out at me. The first was this sentence:

Despite the support Ford had from her family, lawyers, and others surrounding her, I knew that she would feel isolated and, perhaps, outraged.

This is either ignorant or a willful sleight of hand. Ford may have had support from her husband, but not from any of her blood relatives (who’d known her back in the 1980s, when the alleged incident was set). From the September 27, 2018 Washington Post:

Christine’s own parents and siblings — the Blaseys — have not released any similar statement of support. As their daughter and sister has become the country’s most talked-about woman for accusing Supreme Court nominee Brett M. Kavanaugh of sexual assault while both were in high school, the Blaseys have strategically avoided the press. Voice mails, texts, emails and letters from reporters have gone unanswered. Friends have politely declined to comment on what the family is going through.

Ford’s own father supported the Kavanaugh nomination, and apologized to Brett’s father. Many in the Washington, D.C., community did not believe Ford. I hear from them all the time. Most were afraid to speak up at the time. I don’t blame them.

Blame Whitey, and the Patriarchy

Hill then makes this … argument:

The 1991 [Judiciary Committee] was entirely made up of white men, and men in the Senate outnumbered women 98 to two. That the 2018 Senate Judiciary Committee included women, one of whom was Black, as well as a Black man, gave me hope for a greater understanding of gender and power, as did the fact that 23 women were Senate members.

Yet black men, according to the same Atlantic magazine where Hill appears, had serious doubts about Ford. Many were appalled at the lack of due process in the entire fiasco.

In October 2018, Atlantic writer Jemel Hill went to Ozy Media’s “Take On America” town hall series in Baltimore. The gathering featured over 100 black men in the audience. Coming on the heels of the Kavanaugh clash, Hill assumed she was going to hear a lot of anguish over a GOP victory. Then this happened:

On Tuesday night, I was in an auditorium with 100 black men in the city of Baltimore, when the subject pivoted to Brett Kavanaugh. I expected to hear frustration that the sexual-assault allegations against him had failed to derail his Supreme Court appointment. Instead, I encountered sympathy. One man stood up and asked, passionately, ‘What happened to due process?’ He was met with a smattering of applause, and an array of head nods.

Yes, black men, like white men (and black women and white women) believe in due process. Hill, a university professor of social policy, law, and women’s studies at Brandeis University, apparently does not.

Who You Gonna Believe, Me or Your Own Damn Eyes?

Hill disparages Rachel Mitchell, the sex crimes prosecutor who questioned Ford. Rather than submitting to a full forensic interview, Ford insisted on doing it in five-minute pieces before the cameras and the world. “I wondered if the former sex-crimes prosecutor would regret accepting the role of being Ford’s inquisitor,” Hill writes. “Was this really what she wanted her legacy to be?”

What a low and tawdry attack. Hill complete ignores Mitchell’s final report, which is damning. Hill does not address a single one of Mitchell’s points about Ford’s changing story, the therapist’s notes she refused to produce, the influence of Ford’s lawyers. None of it. She claims that Ford, baby voice, indelible-in-the-hippocampus and all, ran the risk of coming across as, ahem, “too intelligent.”

Finally there is the fact that Hill didn’t even watch the full hearing. Right after Mitchell’s questioning of Ford, Hill stopped watching: “Then I turned the TV off, not because it was painful (although it was), and not because the hearing was a sham (although it was), but because watching the first few minutes had given me confidence that Ford was up to the task of convincing a majority of the committee that she had been sexually assaulted as a teenager and that Kavanaugh had been the assailant.”

So to recap: a accuser

… Was a completely convincing witness.

Law professor Anita Hill may be a worse lawyer than Michael Avenatti.