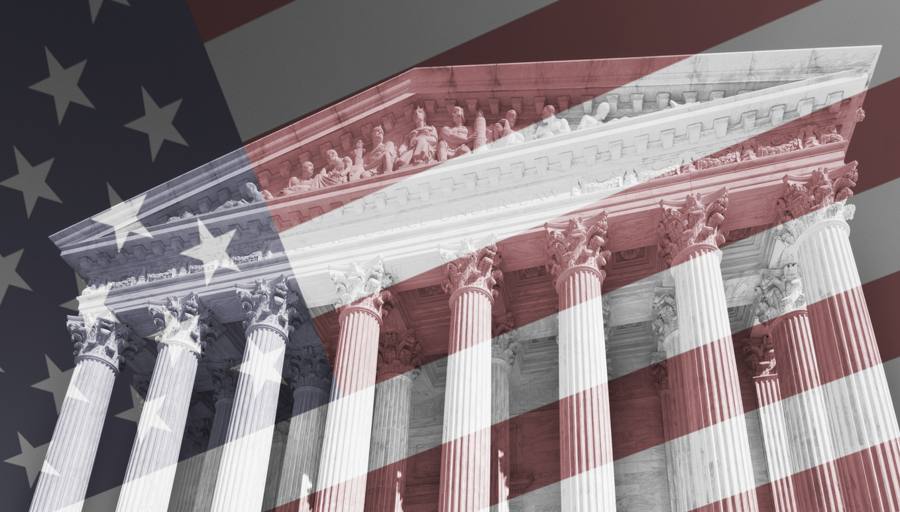 The Supreme Court’s overturning of trashy, lawless precedents on abortion will have a lasting impact on the lives of women and children. It will save many thousands from anguish and death. It will result in the healthy births of thousands of new Americans, whom our churches and pro-life agencies are ready and willing to help. There will be many more success stories like the one I wrote about here — which the left will present as failures, as the Washington Post painted the live birth of healthy twins to an intact working-class couple.

That’s because our spoiled, snowflake elites think poor and blue-collar people are barely human, their lives hardly worth living, so that they’d be better off dead. Unless, of course, they are members of some magic minority which the left has decided to fetishize — at a distance. Then our rulers pretend that “X lives matter.” But they don’t really believe it. They believe in scientific materialism, whose implications are clear:

No lives matter, this I know/
Because Charles Darwin taught me so.

The blue states ruled by people who believe this will continue to kill their babies. And seize their citizens’ guns, leaving them helpless. And force them to take untested vaccines. And deny them affordable fuel. The gap between red states and blue states will go on widening, as Jason Jones and I predicted here.

But I want to talk about another impact of the recent court decision — one that might be subtler, but in its own way is just as profound. The overturning of Roe v. Wade and (even more so) Planned Parenthood v. Casey would mean a great deal even if no states could manage to pass protective, pro-life laws. (Which thanks be to God, isn’t close to true.)

Why? Because of what it means for something to be in the U.S. Constitution, which serves as our national creed. We aren’t “constituted” by membership in a tribe, or a race, or a specific religion. What made the United States was simply the Constitution. It took a collection of motley English, Scots-Irish, and German settlers and forged them into a people — based not on mere conquest or some other accident of history. No, this nation (uniquely, in its time) was created intentionally by sober, thoughtful men to embody a philosophy of man.

The scholar Robert Reilly has elucidated beautifully what that worldview consisted of. The American ethos, which forged the American ethnos, was a blend of Classical Reason, Christian anthropology, and English political wisdom hard-won over centuries. These elements, together, distilled into the Declaration of Independence and the Constitution, make us what we are. Had those documents not been drawn up, our history would have been different — very different. Maybe much more like Canada’s, or perhaps even like Mexico’s, with revolutions and juntas. We’ll never know.

A Cancer in America’s Heart

In 1973, our nation’s highest court said that the document of our founding contained the right to abortion, based on some nebulous emanation of the right to privacy. I remember when this happened and my mother explained it to me (I was only 8). I almost threw up.

That nausea never quite left me. It wasn’t just that a state like New York, or even a representative body such as Congress had decided to make abortion legal. No, our highest authority had taught, with almost papal force, that legal abortion was part of the very essence of America. Who could unreservedly love such a country?

And so I never fully did. Even during our Bicentennial in 1976, I couldn’t celebrate with a whole heart, knowing that our Constitution (as officially interpreted) contained such a festering evil.

The Bleached Bones of Washington, D.C.

The first time I ever saw our nation’s capital was on the March [for Life], way back in high school on a bus the Knights of Columbus rented to take us down there. Those vast, wedding cake buildings that represent the authority of the U.S. government, adorned with flags, bronze statues, bas-reliefs and grand inscriptions … it all seemed such a miserable sham. Those structures built out of butter cream looked to me like whited sepulchers. The Supreme Court on whose steps we stood seemed a structure built of bones, and the city a fortress defending a vast and soulless regime of death. And so it stands today.

We elected one pro-life president after another. But half their judges betrayed us. The system was rigged. Were the pro-choicers right, that America was founded, in its essence, on the right to murder children for sexual convenience? The Democrats and half the Republicans seemed to believe so, and connived at keeping it true. (George W. Bush tried to betray us again, by appointing pro-abort Harriet Miers to the court. Read the great Ben Johnson on how pro-life Christians foiled him. And earned us Alito instead.)

Who Could Really Love Such a Country? Not I.

As a student at Yale, I spoke out loudly and often about the right to life. I marched on the Roe anniversary outside the campus Planned Parenthood — alone, except for dozens of jeering pro-aborts. When the Students for Life showed The Silent Scream, including ultrasound footage of an abortion, a bunch of pro-choicers attended. And they giggled. This was the future elite of our country, and they just laughed at the slaughter. I shuffled home past poignant war memorials, with long lists of names of Yale students who’d laid down their lives for this country. I felt sure that they shared my shame.

Things got even worse after Planned Parenthood v. Casey, in 1993. In it, the court grounded the right to abortion at the very center of our national identity: American “liberty.” As I wrote here a few months ago:

On this model, American citizenship entails freedom from nature and Nature’s God. This is man as the Marquis de Sade envisioned him, a proud spirit trapped in failing flesh, who resents his mortal limits and the body that imposes them — but most of all, the God who imprisoned his boundless spirit inside a dying animal. Man so conceived has the perfect right to change his sex, abort his children, and try to upload his consciousness onto computers that promise a disembodied immortality.

By redefining America this way, the Supreme Court had essentially abolished the original America, as surely as the Soviet Parliament had abolished the Soviet Union just year before. Except that our courts hadn’t dissolved an evil empire. They’d created one. My pro-life friends saw that with me:

I went to a gathering of my friends from Operation Rescue the day after the decision. We sat in our host’s living room, feeling like internal exiles or Russian dissidents. Each of us was stunned to see how many of Ronald Reagan’s appointees to the court betrayed the legal philosophy they’d advertised before taking their jobs. We looked in vain for a wave of national outrage among conservatives who’d fought to win past elections, many citing the need to overturn Roe v. Wade.

We emptied many bottles of wine that evening, and said many bitter things. I remember declaring, ‘According to Justice Kennedy, we ought to rename this godforsaken wasteland the United States of Abortion.’ A friend of mine muttered, ‘If that’s freedom, then to Hell with it. Send it straight back where it came from.’

The recent Dobbs decision written by Justice Alito didn’t just reverse some bad legal precedents. It didn’t “just” save many thousands of innocent lives. It restored the real America, the one our ancestors fought for, the only one worth defending. It may have won for us some reprieve from the justified wrath of God. I pray that it has.

In the wake of the Dobbs decision, I can celebrate Independence Day wholeheartedly for the first time since 1973, and enjoy this classic country song in a whole new way. I can even sing along.

Happy Independence Day, my fellow Americans. We have something to be proud of again. God is good.