I Was Wrong: Ukraine Could Win. Now It’s Time to Negotiate, Not Sleepwalk Into World War III 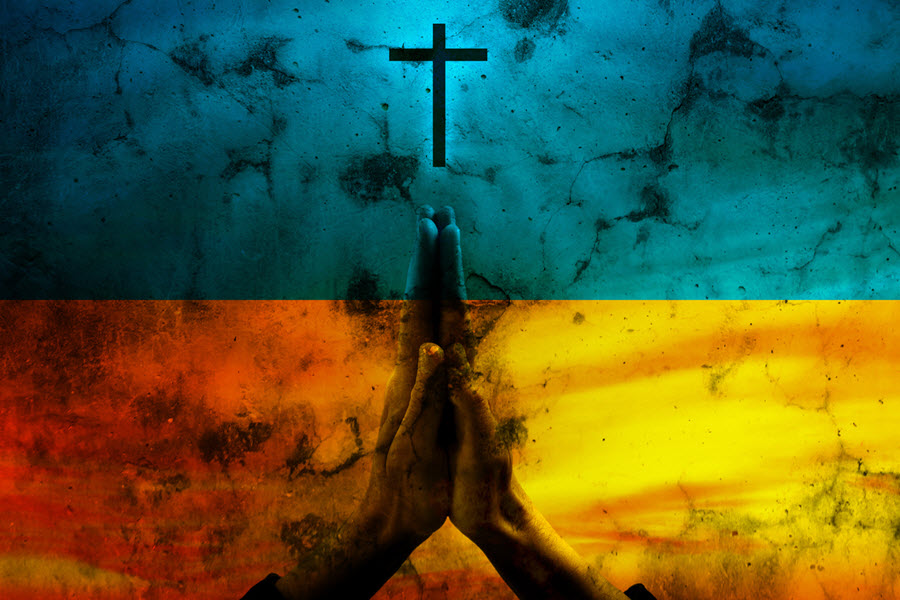 A few months ago, I wrote a heartbroken column about the likely fate of Ukraine. A country whose history I’ve studied, whose genocide under Stalin I have publicized in the face of deniers, Ukraine resembles its old rival Poland. They’re both vast, culturally rich nations with no natural geographical boundaries to defend them, and large, aggressive neighbors.

I feared that the Zelensky government had fallen prey to hubris, had overplayed its hand in joining the West against Russia, which would quickly overwhelm it militarily.

That almost happened, but didn’t. A staggering, multi-billion-dollar tsunami of military aid from NATO countries, especially the U.S., helped stave that off. Russia’s military revealed itself as overhyped and deeply flawed. Russian president Putin has put his own political future in doubt. There’s a price to be paid for failure.

Thanks to its soldiers’ courage and massive western support, Ukraine won its war of independence. Ukraine defeated Russia around the crucial cities of Kyiv, Chernihiv and Kharkiv, and held onto Odessa. So it held almost all of its own main cities, and kept its most important port. It maintained or regained control over 85% of its territory.

Ukraine managed to build a defense and defeat Russia in such a decisive manner that a Russian conquest is now unthinkable. While Russia is able to destroy infrastructure, it lost the capacity to re-occupy the parts of Ukraine now under control of Kyiv.

A Firm Identity and a New Status

More importantly, Ukraine forged a firm and unified national identity. For decades after its independence in 1992, Ukraine was unclear where the loyalty of much of its population lay. The war has forced all to choose sides, and has banished forever the prospect of a pro-Russian regime ever getting elected again.

Furthermore, Ukraine achieved something that was otherwise unthinkable — forged for itself a path to membership in the European Union. Now, as a supporter of Brexit, I wouldn’t advise the Ukrainians to hand off their independence to that globalist organizatoin. Still, the achievement is impressive. Before the war, the idea of corrupt, divided Ukraine even applying to the EU made western diplomats laugh.

So bravo, Ukraine. Well played. Now it’s time to quit while you’re ahead.

I fear that Ukraine’s government won’t seize this moment to make a sustainable, favorable peace and cement its new position as the easternmost part of “the West.” That instead it will march into Russia itself, and share the fate of others such as Napoleon and Hitler, who shattered their nations by overreaching in Russia.

Early on in the war, Kyiv seemed prepared to negotiate a settlement with Russia, which would have codified Russia’s seizure of historically and ethnically Russian lands, and cemented Ukraine as a westward-oriented non-NATO member — a pro-Western neutral.

Since major Russian defeats, the goalposts have moved. Now the Ukrainian government wants to reconquer the heavily Russian-speaking regions which Putin captured in 2022 — and impose on them its nationalist, Ukrainian-only policies. Perhaps Ukraine even intends to retake Crimea, a territory that was never part of Ukraine before 1960, and was transferred on paper by Soviet bureaucrats. But it’s almost entirely Russian.

So we have essentially handed off our own nuclear football to Volodymyr Zelensky. Did you vote for that? Did our Congress?

No Russian government that accepted such a reconquest could stay in power. No leader who values his life would even try to sell that to Russia’s public, much less its political and military elites. Highly-placed sources in Putin’s government have made clear that Russia might well use tactical nuclear weapons to prevent such a catastrophe. That’s a red line if I’ve ever seen one.

The western countries who have backed Ukraine so far seem not to realize this risk, or not care. Joe Biden has actually, recklessly, called for “regime change” in Russia. We know how that strategy worked out in small, weak countries without nuclear weapons, such as Iraq, Libya, and Afghanistan — which Biden just abandoned, admitting defeat. Does he really think the U.S. could manage the crisis of a civil war in Russia, with different factions perhaps gaining control of parts of its nuclear arsenal? Are there any adults in the room?

Amazingly, the western nations funding and partly fighting Ukraine’s war, as a proxy conflict with Russia, have given Ukraine’s leaders a “blank check,” like the guarantee Germany offered Austria-Hungary, which ignited the First World War. The U.S. and NATO governments have said that a final settlement, an end to fighting on our dime, rests entirely with Ukraine. This despite the fact that we have no treaty of alliance with that country, which is a member neither of NATO or even the EU.

So we have essentially handed off our own nuclear football to Volodymyr Zelensky. On his own authority alone, he can push the world to the brink of a thermonuclear conflict — in order to conquer more territory full of Russian-speaking citizens.

Did you vote for that? Did our Congress, or the legislature of any nation on earth? The answer is no. This is a backroom deal crafted by mostly appointed elites, without consulting the public. In other words, it’s a lot like the diplomacy that gave us … the First World War.

When the U.S. won its independence largely with the help of the French, it consulted France in the peace negotiations, which led to the Treaty of Paris. Our leaders knew that since they relied on French troops and money to keep on fighting, they couldn’t act without any reference to their patron and protector.

Ukraine’s leaders don’t seem to have the same sense of limits. They’re barreling forward aggressively, and dragging us all behind them toward a potential maelstrom of destruction. The U.S. and other western countries need to give Ukraine a wake-up call: “We’ve backed your play so far, but enough is enough. You are not a hill we will literally die on.”

Nor does it benefit Ukraine’s people to see their country laid waste by massive bombing and even nuclear payloads. Does Ukraine really need a dozen more sites like Chernobyl? Does the world?

Ukraine’s demands don’t stop at total victory, funded by us. Its government has also asked for a massive Marshall Plan wave of foreign aid, this at a time when fuel and food shortages combine with inflation to threaten our own economy. If Ukraine wishes to count on foreigners to rebuild its cities, then it can’t make unilateral decisions that might double or triple the cost. He who pays the piper calls the tune. And it’s time to play “Taps” and bring this bloody, futile war to a speedy end — before there’s nothing left to fight over but irradiated steppes emptied of people.