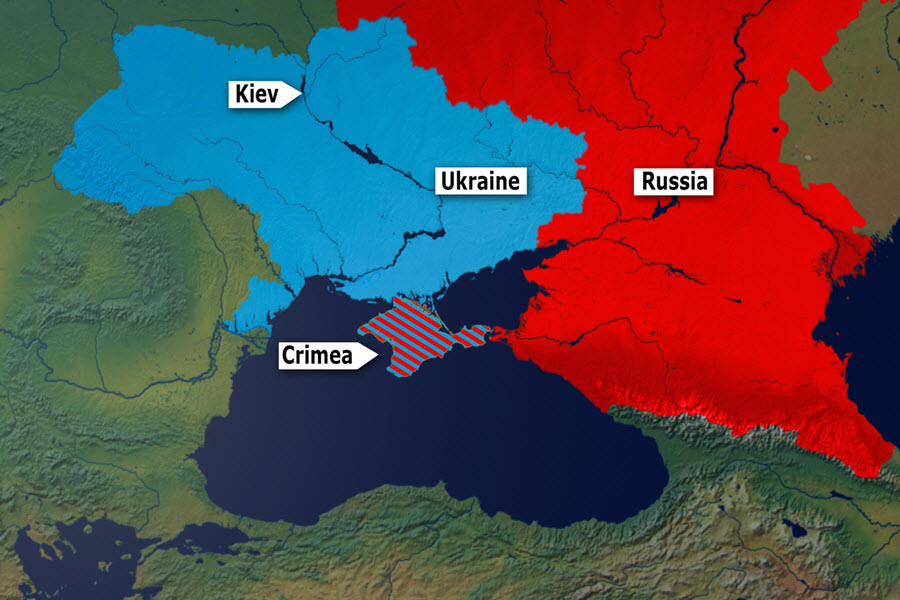 If you’re following the Russia-Ukraine war, I can tell you one thing for certain. You are being lied to, on a massive scale. Sometimes with consummate skill. More often, by lazy or clumsy ideologues who assume you won’t bother to check.

Why Would They Stop Lying Now?

These are the same media painting the Russian attack on Ukraine as a replay of the Nazi invasion of Poland. They told you that the Russians are shooting at civilians, bombing nuclear plants, and destroying Holocaust shrines. None of that panned out. How much of the rest can you trust?

If you want to find out, check out this incredibly detailed and painstaking fact-check by the conservative columnist Pedro Gonzalez. He goes through the actual news reports, Tweets, and videos that show a concerted, hysterical propaganda campaign.

The prophetic Catholic Archbishop Carlo Maria Vigano has done a fact check of his own. In his piercing analysis of the Ukraine conflict, he writes:

The censorship being imposed against Russian broadcasters is clearly aimed at preventing the official narrative from being disproven by the facts. But while the Western media shows images of the video game War Thunder (here), frames from the movie Star Wars (here), explosions in China (here), videos of military parades (here), footage from Afghanistan (here), the Rome metro (here) or images of mobile crematoria (here) by passing them off as real and recent scenes of the war in Ukraine, reality is ignored because it has already been decided to provoke a conflict as a weapon of mass distraction that legitimizes new restrictions of freedoms in Western nations, according to the plans of the World Economic Forum’s Great Reset and the United Nations’ Agenda 2030.

This hailstorm of fake images, manufactured memes, phony atrocity stories and tear-jerking agitprop has a single aim. To depict this war as an apocalyptic conflict between innocence and freedom on one side, and cosmic fascist malice on the other.

No Compromise, No Negotiations, with Satan

Believe it, and you’ll be willing to risk the real-world apocalypse — a nuclear war with Russia — in order to frustrate Putin. We cannot allow a peace deal that would grant him half a loaf, let him pull out saving face, and resolve his real concerns.

No, they say, we must send American troops, or maybe planes, or set up a no-fly zone that leads to Americans shooting down Russians. We must harass Russians in the U.S., shut down their businesses, and do everything shy of interning them in camps like the Japanese during World War II. Anything short of hysteria amounts to apathy, and if you keep a cool head you’re an “apologist for Putin.”

I’m reminded of the t-shirt seen in New York City after 9/11: “If you don’t sleep with me, then the terrorists will have won.” There’s that same airtight logic.

Imagine Being Sane for a Moment. It’s Easy if You Try.

If you’re still reading — if you haven’t flounced off and reported me to our own American Stasi as a Russian agent of influence — then I assume you’re not part of the problem. You want to see peace, and a free, independent Ukraine.

But you don’t insist that the war must continue until Greta Thunberg leads a squad of multiracial trannies to plant the rainbow flag at the Kremlin in the body of the Russian Orthodox patriarch, then install George Soros as the new Russian president.

Not Every Invasion Can Fail as Utterly as Ours

Some will argue against a compromise peace where each side walks away with something. That since Russia launched an aggressive war against a sovereign state, it deserves to slink off with absolutely nothing to show for the conflict except massive deaths and debts.

Well, that’s how the U.S. walked away from its invasions of sovereign states Iraq and Afghanistan, to be sure. With absolutely nothing to show for trillions spent and thousands dead, and radical Islamists back in charge of both countries afterward. (It turned out that you can’t bomb Muslim countries until they turn into Switzerland!) But for a failure that catastrophic, you need to be led by American neocons, and in Russia they’re thin on the ground.

What Would Peace Cost Ukraine?

So what do the Russians say that they want? Is it remotely reasonable? If the West urged Ukraine to grant it, would that be worse than a grinding, ghastly war whose outcome remains uncertain — which might actually escalate into a nuclear exchange?

Reuters News has reported on an official Russian statement laying out its terms to halt its invasion. There are four points in it.

It was the most explicit Russian statement so far of the terms it wants to impose on Ukraine to halt what it calls its “special military operation”, now in its 12th day.

Peskov told Reuters in a telephone interview that Ukraine was aware of the conditions. “And they were told that all this can be stopped in a moment.”

Let’s unpack those four demands, shall we, and see if they’re so outrageous, so inhuman, so literally Hitler, that we prefer to urge Ukraine into a long, grinding war that might end up with nuclear missiles hitting U.S. cities. (Cities in red states, too, people! We’re not just talking about Portland.)

What would it mean for Ukraine to:

Maybe Putin’s bluffing. It could be that he threw out these conditions to sniff out Western weakness, and if Ukraine granted them, then he’d start demanding more. If that happens, then the war will drag on indefinitely and Russia will suffer too. At that point, the West should reopen its nuclear plants and boycott Russian energy. You know, if we’re really serious, and not just committed to meaningless virtue signaling.

It costs literally nothing for Ukraine to grant those reasonable conditions, and force Putin to reveal his actual intentions. If he takes the deal, it would save many thousands of lives and avoid a wider war.

Then we could get down to the real business of ending the idiotic Cold War between Russia and the West — before Russia feels constrained to become China’s full-bore ally against us. Then the people of Taiwan will face an utterly unjust war waged by real-live, genocidal Communist tyrants who cannot be reasoned with.