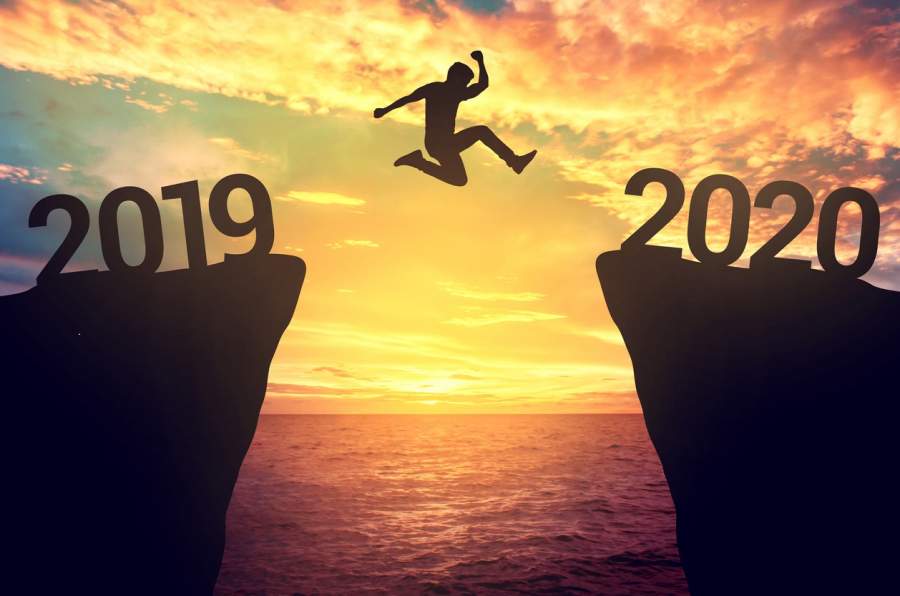 Spoiler: He doesn't make it.

Sometimes I hate being right. Veteran readers will remember that to mark the beginning of 2019 I ventured a theory. Namely that current events in recent years had ceased to reflect the decisions of rational, free human beings. Nor their hopes and dreams, or even irrational fears. Instead we had only two choices to explain how bizarre the headlines were proving in church and state. Either:

I still can’t decide which is right. But A) is too depressing for me to write about. Already in 2019, Catholics were treated to warnings by a group of exorcists (now there’s a convention it wouldn’t be fun to cater) of a demonic invasion of our Church’s highest reaches. Even I can’t get a light-hearted end of year column out of that.

So I’m going to stick with B). Certainly, the year 2019 amply proved far more insane than even 2017, with the madness increasing geometrically. In other words, we saw not 2017 doubled, but 2017 squared. That makes a grim kind of sense. The more insanity we let celebrities and bureaucrats, media figures and Deep State spooks get away with, the more emboldened they’ll be. A society that hasn’t locked John Brennan up in solitary at GITMO, or peeled the rubber mask off “Pope Francis” to reveal comedian Sacha (“Borat”) Baron Cohen, might deserve whatever comes next. 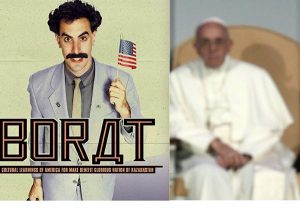 God sends the rain on the just and unjust alike. By that I think He meant: Either way, we’re going to get it. So what would it mean to see 2019 squared?

To answer that, here are a few predictions for the twelve long months to come.

Transgenderism Will Give Way to Transmortalism

Leftist legal theorists, “woke” academics, and enterprising members of the mentally ill community will discover a new victim group. Namely, those who are biologically alive, but identify as dead. Or biologically dead, but identify as alive. The first such claims will of course mostly generate laughter. But then, we laughed at Bruce Jenner’s claims too. Until the furrowed brows of numberless angry scolds informed us “That isn’t funny,” and to prove it got people fired, publicly silenced, or massively sued. As I observed here, the more absurd or obscene a claim is, the more power elites can demonstrate by forcing us to accept it. That’s why “Bruce Jenner is a woman now” functioned in 2019 exactly as “2+2=5” did in 1984. If our masters can force us to believe that, they can force us to think and do anything.

Transdead college students will get their own dorm room coffins, or (in the Ivy League) open graves. The Transdead will be exempt from weekly withholding, but subject to inheritance tax.

Well the elites are going to up their game now. They’ll find people breathing, walking, and talking, who identify as dead. Soon major newspapers, federal agencies, human rights commissions, and self-righteous college students will insist that we play along. On top of asking bearded men “What are your pronouns?” we’ll have to address rosy-cheeked teens as “the late” or “dearly departed.” Transdead college students will claim their own dorm room coffins, or (in the Ivy League) open graves. The Transdead will be exempt from weekly withholding, but subject to inheritance tax.

SCOTUS Opinions via Ouija Board

Conversely, the dead will be treated as if they were still alive. Democrats will go beyond seeking votes for illegal aliens. They will openly (instead of secretly, see Chicago) register names in graveyards and count their votes. Those who object will be accused of “transphobic voter suppression.”

Worst of all will be what happens if the ailing Justice Ruth Bader Ginsburg meets her reward. I’m confident that Senate Democrats have already obtained from her a signed document in which she attests to “identifying as living.” They’ll refuse to let President Trump appoint a replacement, and will convey her legal opinions via four Harvard law clerks and a Ouija Board.

Everybody knows that the Democratic candidates are terrible. Even their family members wince when these people start talking.

Michelle, on the other hand, is the scowling wife of the God-Emperor who brought America Hope, and taught the Boomers that they themselves were the “Change” they’d been awaiting. In those shining, brief eight years we were told we lived in a “post-racist” country. One Michelle could finally be proud of, since her husband was president. She’s not proud anymore. (I can see the campaign logo and slogan, “Make Her Proud Again. Obama 2020.)

If Ms. Obama showed the slightest interest in running, Democratic money would bubble out of the ground like the crude in Beverly Hillbillies. The pale-faces in the race would be too nervous to attack her. She wins so many Intersectionality victim points (black in racist America, female in sexist America, a dimwit at Princeton) that elites would literally trip over each other to endorse her. She’d step right over them and win the nomination in a walk.

Then voters would face a three-way contest between Obama, Trump, and Mitt “Silly Putty” Romney running on the revived Whig Party ticket. Buoyed by endorsements from “Christian leaders” who supported the longtime pro-choice Mormon, Romney will spend as lavishly as Jeb! did in the 2016 primaries. But collect even fewer votes. In a piece of irony as delicious as “Jews for Buchanan” delivering Florida to Bush in 2000, Romney will take away just enough anti-Trump votes to help get our President re-elected by a smidgen. Then the Resistance can start all over again.

The Vatican Will Embrace the Flying Spaghetti Monster

The big story in paganism of 2019 was the Vatican featuring Incan fertility goddess “Pachamama” at the Amazon Synod. And enshrining it on the altar at a Vatican church. Featuring what sound like prayers to Pachamama at a recent papal Christmas concert. While some First Commandment literalists objected, the campaign was mostly successful.

This outreach to the Incan-Pagan-Bolivian-Marxist-Globalist-Resource-Grabbing community has emboldened Pope Francis’ Vatican. It wants to extend its hand of fraternal welcome to still more “vulnerable” and “marginalized” groups. For instance, snarky atheists, whom past generations of churchmen either ignored or (still worse) “proselytized.”

To fix this historic injustice, the next church synod will feature images of the Flying Spaghetti Monster on Vatican altars. (That’s the name of the “god” which sarcastic heathens claim to venerate, in a parody of Christian faith.)

Papal commissions will work with Richard Dawkins, Sarah Silverman, and the estate of Christopher Hitchens to compose a new “Pastafarian” rite for use in churches. And the papal Mass crowning that synod will feature, alongside the bread and wine, a plate of al dente pasta with a plastic Godzilla on top.