He’s Been Gone a Year, But He Changed Everything. A Social Conservative Remembers Donald Trump’s Presidency 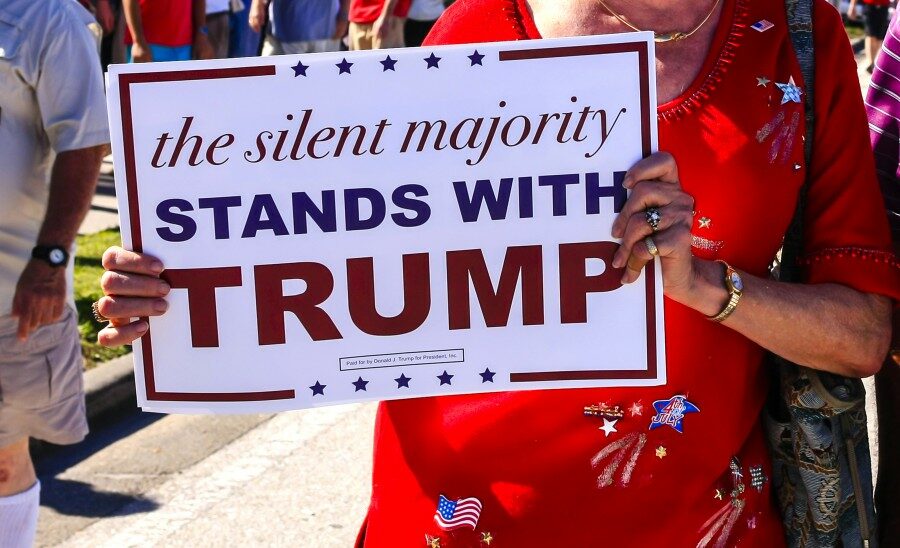 Donald Trump was no normal president. He’s been gone a year, and we’ve begun to see even more clearly how different he was.

For my part, I ended the Trump era dismayed by the Capitol riot, still unimpressed with NeverTrumpers, disgusted with Trump’s shoddy treatment of Mike Pence, but deeply grateful as a Catholic for Trump’s achievements.

What is there left to say as we look back on the day Trump left office? Three things.

He Moved the Country Rightward

First, Trump moved the Overton Window. The Overton Window shows the boundaries of acceptable political opinion. It had been shifting left for years, and Trump moved it to the right. The conservative movement will never be the same again. A new conservative movement will rise from the ashes of the old one. I may well have been a witness to its birth when I attended the first National Conservatism conference in 2019.

He showed that “Buchananism,” the idea of conservatism Patrick Buchanan pushed decades ago, is a winner if it has the right salesman. This new conservatism will represent the “Rise of the Unprotected,” as Peggy Noonan called it (before she reverted back to speaking for the protected). It will be less libertarian, less focused on globalism and free trade, and more focused on the American worker. It will be against big business and for the smaller ones. It will be more focused on solidarity and loyalty — what we owe to our fellow Americans, what is their due — and less focused on abstractions that throw our less-fortunate neighbors under the bus.

This can be a good thing or a bad thing. In the right hands, it can remake America for the better, as other movements in our past have. In the wrong hands, it can become the very fascism against which our critics warn. Don’t think that because they are willfully wrong, because they accuse us of their own crimes, it can’t happen. Trump has started a good thing but it needs guidance.

That we have the opportunity for a new beginning is something we owe to Trump. He made a better conservatism for the 21st century possible. And speaking of the critics …

He Exposed the Liberal Gaslighters

Second, Trump was the Great Exposer. Much has been revealed about the deep rot in our system by its reaction to the presidency of Donald Trump. Conspiracy nuts, guys in tinfoil hats, etc., you can take a bow.

Outside of the fever swamps, who knew it was this bad? Post-Russian Collusion Hoax, post-Jeffrey Epstein, who doesn’t know? Everyone knows now.

Even the people gaslighting us know that we know. See the tech giant censorship which has continued from Trump’s presidency to today. The real point is to remind us that they run the show and that there’s not a thing we can do about it. That is precisely why people don’t believe that the man being inaugurated today really won it.

And that’s the problem our ruling class has created for itself. They have destroyed their own legitimacy. That is how you get things like the Jan. 6th capitol raid in the first place. The Resistance corrupted our public institutions in their mad quest to take out Trump. Trust in those institutions may never be the same.

And not just those controlled by the Left. Other wings of the Right had told social conservatives to suck it up for years while other causes took the lead. But when Trump happened, the conservative foreign policy establishment jumped ship on us. Who can ever forget that?

Even now, these institutions and entities lecture us. How dare they? We should go back to being junior partner on the Right while our critics in both parties line their pockets by selling out their own country? Not gonna happen.

He Made Us See the Reality

Third, he administered that little red pill. Somewhere in my newsfeed is a video of Katie Couric talking about how Trump voters need to be deprogrammed. But that is not new. They have been trying to do that to us for years.

Has any President in our lifetime ever suffered more defamation than Trump? Have you ever felt the constant onslaught from the world more for having voted for someone than you did for Trump?

And from everywhere. Movies, television, pop music, magazines, the internet, commercials, you name it. Your own family and friends saying you’re a racist and a Nazi. If you’re not a racist or a Nazi, you’re guilty of empowering one. I can’t stress that word enough. Guilty. That’s what they said you are.

And after four years of that unrelenting assault, what happened? Seventy-five million people still voted for Donald Trump. That’s what happened. It’s too late to “deprogram” us, Ms. Couric. We haven’t been deprogrammed. We’ve been red-pilled.

And the vast majority of the 75 million are not the coyote headdress guy. Seventy-five million normal, sane people who now know just how deep the rot is. People who no longer accept the narrative the mainstream media present as the self-evident truth. They have been already, and will be, Joe Biden’s worst nightmare.

And for that, too, we can thank President Trump.

This article appeared one year ago as “Farewell, President Trump, and Thank You.” It has been slightly revised.

Peter Wolfgang is president of Family Institute of Connecticut Action. He lives in Waterbury, Connecticut, with his wife and their seven children. The views expressed on The Stream are solely his own. His last article was Climate Change is Real, but We Face a Deeper Problem the Climate Changers Don’t See.

The Republican Gift Biden Should Accept … But Won’t