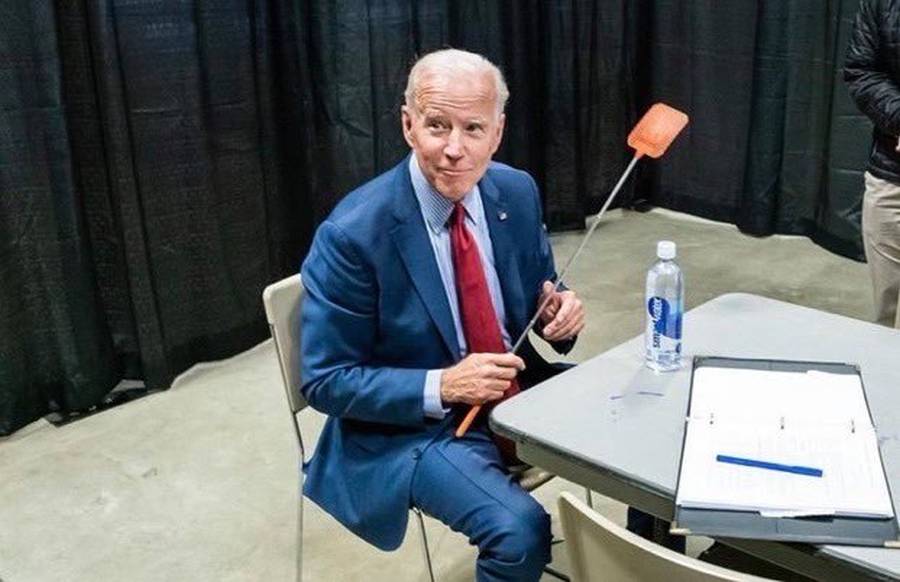 Fifteen days from the most crucial election since 1860, and Joe Biden has gone into hiding. The Democratic nominee will not be appearing in public until his Thursday night debate with President Trump in Nashville.

Biden can hide because knows an obedient establishment will work overtime to quash the story. Big Tech, Big Media and Big, Ugly Creatures of the Swamp want to keep you, the American voter, from learning about the latest proof of the Biden Family’s corrupt enterprise.

As of this writing, the New York Post Twitter account is still blocked. Are you getting this? America’s fourth largest newspaper, the nation’s oldest surviving newspaper, is being prohibited from sharing its stories, any of its stories. Where is the media outrage? Trump tweets about Jim Acosta and the entire press corp unites in protest, claiming an assault on free speech.

Meanwhile, we now know another reason Facebook acted so quickly acted to smother the revelation Joe Biden had been lying about his knowledge of Hunter’s Ukraine activities. Believe it or not, Facebook’s “election integrity” expert was a special advisor to Vice President Biden for European policy. Meaning, Ukraine policy. Her name is Anna Makanju.

As I wrote about last week, what in the world was Joe Biden up to that has those who worked with him on Ukraine acting so hysterical?

Rep. Adam Schiff and Sen. Chris Murphy are leading the charge claiming the whole Hunter laptop evidence is “Russian disinformation.” Hear me now: This is a lie. Just this morning the Director of National Intelligence insisted there is zero evidence Russia had anything to do with the laptop. Further — and crucially — the Biden campaign itself is not disputing the validity of the emails and texts.

The evidence is real. That Schiff would again play the phony Russia card is unreal.

Mike Huckabee has a great column on the FBI’s apparent efforts to bury the evidence on the laptop, since getting hold of it last December. Evidence that would have proven President Trump was right on the money to ask Ukraine’s new president to look into Hunter and Joe’s activities.

The media, when not ignoring the evidence, is downplaying it. For example, Fox News contributor Juan Williams writes that Trump’s “search for dirt falls flat.” It didn’t fall flat, Juan. It was smothered. Strangled. And as a long time journalist, the strangling of truth should tick you off.

It’s not like they haven’t reported on it before. Let’s take just a few quick examples.

The New York Times in 2008 questioned how Hunter Biden got paid $100,000 a year in retainers by credit card giant MBNA while Sen. Joe Biden was working to win passage of a pro-credit card company law making harder for consumers to file for bankruptcy protection.

Something to consider when watching Joe’s commercials: He was the credit card industry’s go-to protector on Capital Hill. He fought tooth-and-nail for them. Not you. Look at the record. Not the commercials.

ABC News … the same ABC News that couldn’t be bothered to ask Joe Biden Thursday night about the NY Post revelations … just this past January had an article titled “How Frank Biden leveraged his famous name for business gain.” Frank is Joe’s younger brother.

“Don’t worry about investors,” James Biden said in 2006, after the family took over the Paradigm Global Advisors hedge fund, “We’ve got people all around the world who want to invest in Joe Biden.”

Peter Schweitzer talks about a separate deal involving James Biden when Joe was VP. Joe was Obama’s point man for Iraq in 2010. A company called “Hillstone” was set up.

In February, the FBI raided a James Biden-tied business in February called Americore Health hospital. In March, Biden was sued for fraud over a health care scheme involving Americore.

As Politico reported, Biden allegedly promised “potential partners, including at Americore, that his last name could open doors and that Joe Biden was excited about the public policy implications of their business models.” Dropping Joe’s name, James reportedly drew in investors, and then grabbed about $500,000 himself from the company as a personal loan. Oh, but how could Joe be excited if he didn’t know a thing about his brother’s dealings?

As Margot Cleveland of The Federalist wrote this morning, “The Biden Corruption Scandal Isn’t About Hunter.” Or Frank or James. “It’s About Joe.”

Every country, every foreign politician or political faction, and every corrupt oligarch or business that paid for access has the emails, notes, receipts, itineraries, fund transfers, and maybe even photographs or recordings. And that makes Joe Biden a national security risk.

Voter, You Have a Right to Know!

You have a right to know whether Joe Biden did, indeed, express excitement over Americore. Remember, he insists he has nothing to do with the business ventures of his brothers and son.

You have a right to know all the details of Joe Biden’s involvement in his brother’s company getting a $1.5 billion construction contract in Iraq despite having zero construction experience.

You have a right to know who invested in the Biden family hedge fund Paradigm Global Advisors, and whether any of those investors had business that benefited from Joe’s later actions in the Senate.

You have a right to know directly from Joe Biden whether he is the “big guy” pocketing 10% from one of Hunter’s deals with China.

You have a right to know directly from Joe Biden whether he got a cut of the $10 million a year Hunter was making from the Chinese just for “introductions” to top White House officials.

You have a right to know directly from Joe Biden why it is that everywhere he was active — be it legislation involving credit card companies, being Obama’s point man for Iraq, China and Ukraine — his family cashed in to the tune of billions of dollars.

You have a right to know directly from Joe Biden. But Joe Biden does not want to face you. Does not believe you deserve answers. And the most powerful forces in this country are working to keep him from having to answer you.

American voter, those who would keep you in the dark today, will put you in chains tomorrow.