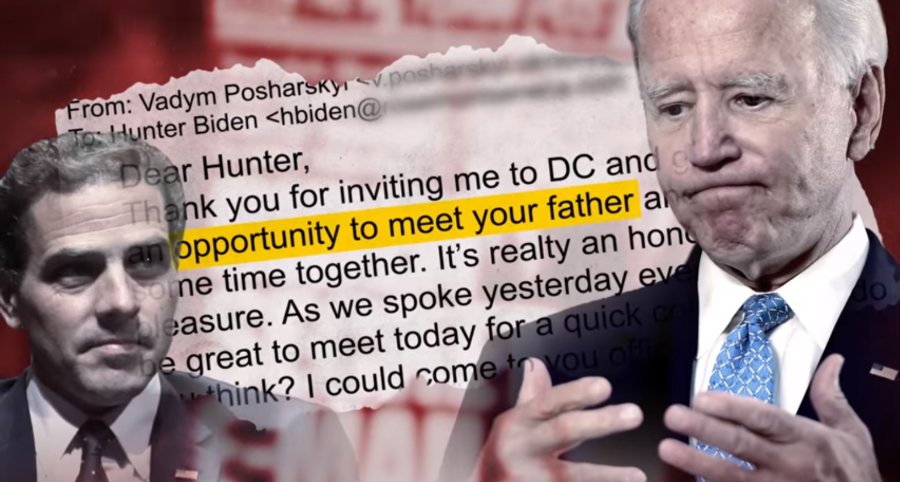 This weekend in an appearance on Justice with Jeanine Pirro, I made it clear that there are people right here in America deliberately trying to manipulate the 2020 election. This was in the context of Big Tech’s effort to shut down free speech and censor the very real story of Joe Biden and his son, and I said I’m much more worried about Silicon Valley than I am the Russians. Silicon Valley has done much more than the Russians have. I said the Russians might’ve put their thumb on the scale in the elections, but Silicon Valley takes the fat woman and sits her right in the middle of the scale and tells her not to get up.

That’s not intended as a jab to any woman — or man, Lord help me — who’d like to lose some pounds. It’s just to make the point of what the anti-Trump forces are doing. I also said that if it weren’t for former Acting Director of National Intelligence Ric Grenell and current DNI John Ratcliffe, we wouldn’t be finding out much about it.

Thanks largely to them, we’re learning that it’s not just Big Tech trying to silence the Hunter Biden story. It’s actually people within our own government, particularly the FBI, who were putting all their weight on the scale to protect the Bidens and damage Trump. Much of this has to do with the laptop of Hunter Biden’s that curiously ended up being hoarded by the FBI in late 2019 (impeachment time!) and for months afterwards.

No one, even Biden’s campaign, has said these emails are fake. If they were, you know they’d proclaim that.

As usual, it’s left to the Senate and Republicans in the House to take this information and find out what they can. Sen. Ron Johnson, who chairs the Senate Committee on Homeland Security and Governmental Affairs, sent a letter this weekend to Pete Kadrik of Blue Star Strategies — a Democrat-led firm that lobbied for corrupt energy company Burisma — saying that the company hadn’t been completely responsive to a subpoena issued last May for all records relating to their work for Burisma Holdings since January of 2013. (As you know, Burisma paid the inexperienced Hunter Biden big bucks to be on their board of directors.) Sen. Johnson told Mr. Kadrik that one document in particular had been withheld, one that they became aware of on October 15.

This missing document is an email providing an account of a December 2, 2015, conference call that was hosted by the White House to discuss Joe Biden’s upcoming trip to Ukraine. As Sen. Johnson told Maria Bartiromo on Fox News Sunday, that was the trip during which they believe Biden must’ve given the Ukrainian president and prime minister the ultimatum he later bragged about: Fire head prosecutor Viktor Shokin (who was looking into Burisma) or lose $1 billion of aid. Johnson’s committee never got this document, and they want to know why.

The reason they became aware of the conference call is that there’s a reference to it and to a memo about it from the Blue Star Strategies team on the hard drive of Hunter Biden’s laptop, and they want to be able to verify this.

The email on the hard drive says, “This morning the White House hosted a conference call regarding the Vice President’s upcoming trip to Ukraine. Attached is a memo from the Blue Star Strategies team with the minutes of that call, which outlined the trip’s agenda and addressed several questions regarding U.S. policy toward Ukraine.”

Why is the FBI Sitting on Evidence?

Of course, Maria brought up what we’ve all been wondering ever since the New York Post broke their the laptop story: Why, if the FBI had this laptop in December of 2019, during the impeachment of President Trump, did they sit on it, when it contained evidence that showed Trump was justified in asking President Zelensky to investigate?

The computer store owner said he tried to give the laptop to the FBI but they initially didn’t seem interested. (According to Devin Nunes, ranking member of the House Intelligence Committee, this man wanted to give it to them specifically because it was relevant to the impeachment of Trump.) But in December, he was served by FBI agent Joshua Wilson (who, perhaps tellingly, has specialized for five years in child pornography cases) with a grand jury subpoena to turn it over, which he did. The store owner, as you know, had the presence of mind to copy the hard drive first and, after hearing nothing back from the FBI, took a copy to the Senate. Sen. Johnson’s committee contacted the FBI to ask if they could verify anything about the laptop and its contents. After hearing nothing back in a couple of days, Sen. Johnson wrote to the FBI.

“The FBI has a duty,” he told Maria, “to inform us if they believe this is, maybe, Russian disinformation. They should give us a defensive briefing. They should tell us about that.” And if the store owner is trying to pass off something that isn’t real — which is a crime — the FBI should tell them that as well.

Even Biden Doesn’t Deny the Emails are Genuine

But here’s the key: No one, even Biden’s campaign, has said these emails are fake. If they were, you know they’d proclaim that. Considering, then, that these are genuine and that they would’ve been extremely relevant to the impeachment case against Trump, why did the FBI sit on them? Were they covering up to protect the Biden family, or were they withholding exculpatory evidence against the President during his sham impeachment?

Given the way the FBI has been operating for at least the past several years, my guess is that it’s both. It’s like that old commercial, “Certs is a candy mint, AND a breath mint!”

Sen. Johnson also brought up the totally separate email evidence uncovered by investigative reporter Peter Schweizer that we reported on last week. “This requires serious investigation,” he said, “and the fact that the mainstream media is suppressing this information from the American public is a scandal in and of itself.”

Agreed. So what’s it gonna take to get all that weight off the scales of justice? President Trump must put all the power he has into play. He can start inside the government, at the very top, with FBI Director Chris Wray and CIA Director Gina Haspel, who both should be sent packing.

Much more will come out over the next couple of weeks. (This is why early voting is such a bad idea.) There are reportedly three laptops in the FBI’s possession: Hunter Biden’s, another from his business partner Devon Archer, and the third from … Hunter’s psychiatrist. Does the FBI really have THAT? It’s not likely they would unless they’re looking at charges for child pornography/sexual abuse.

Steve Bannon has apparently been in charge of the “roll-out plan” for the evidence, so he must already know what’s coming and when. Here’s what he says we can expect.